It’s been a while now since we heard chants like “thawra” (revolution) and “ashaaab yurid isqat el nizam” (the people want the regime to go) – what’s happened in Syria and Libya and Egypt and Yemen lately has all but made us forget that special atmosphere of 2011, when “revolution” was shouted in the streets daily.

This afternoon in Beirut though, those very chants echoed between the buildings in Hamra, as people with banners and signs (and babies, dogs and friends – anything you bring to a demonstration) made their way to Sanayeh park, opposite the Ministry of Information. 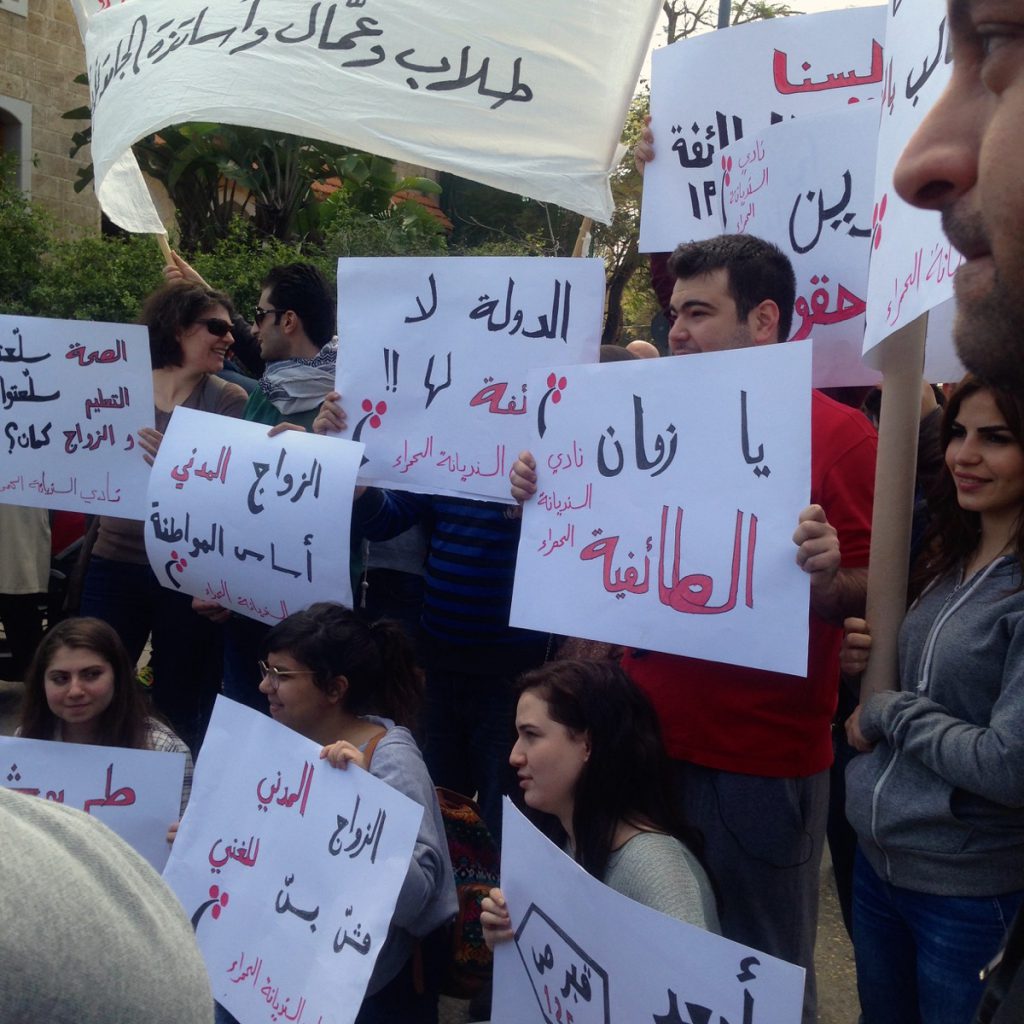 “Civil marriage is a civil right”, “Sectarianism should go”

Other calls were more situation-specific, like the in Lebanon much-repeated (but still not endorsed) “no to sectarianism”, and “I want to get married civilly.” The demonstration called for something seemingly simple, but in reality far away: the right to a civil, non-religious wedding ceremony. 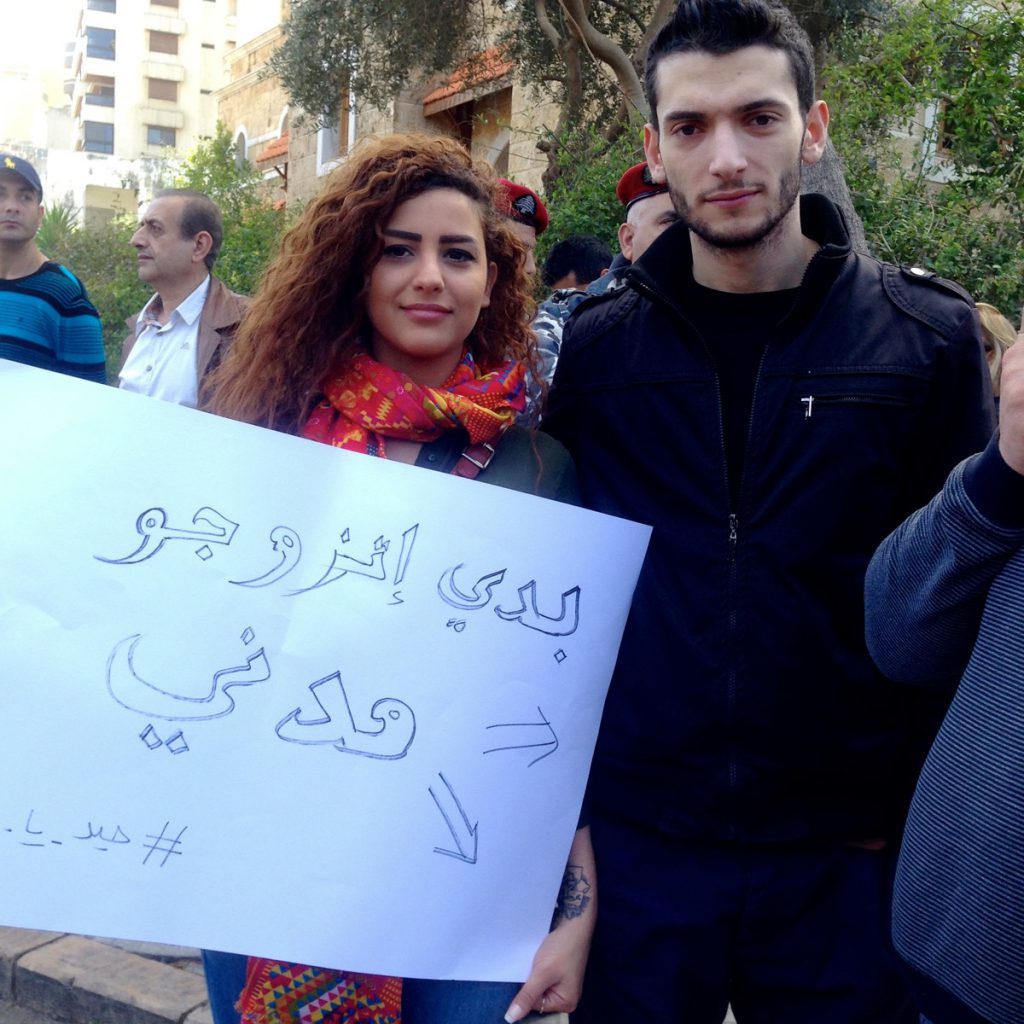 “I wanna get a civil marriage”

There were also chants like “I won’t go to Cyprus”, refering to the fact that Lebanese couples who belong (not necessarily belong in a voluntary sense, but in a patriarchal and institutional manner) to different religious groups or just want a civil ceremony, have to travel abroad for their marriage. The closest and most frequented destination is Cyprus, only a 30 minute flight from Beirut. The Guardian did a story last year about this involuntary marriage stopover for neighboring couples (not only Lebanese, but also Israeli and a few Syrian). 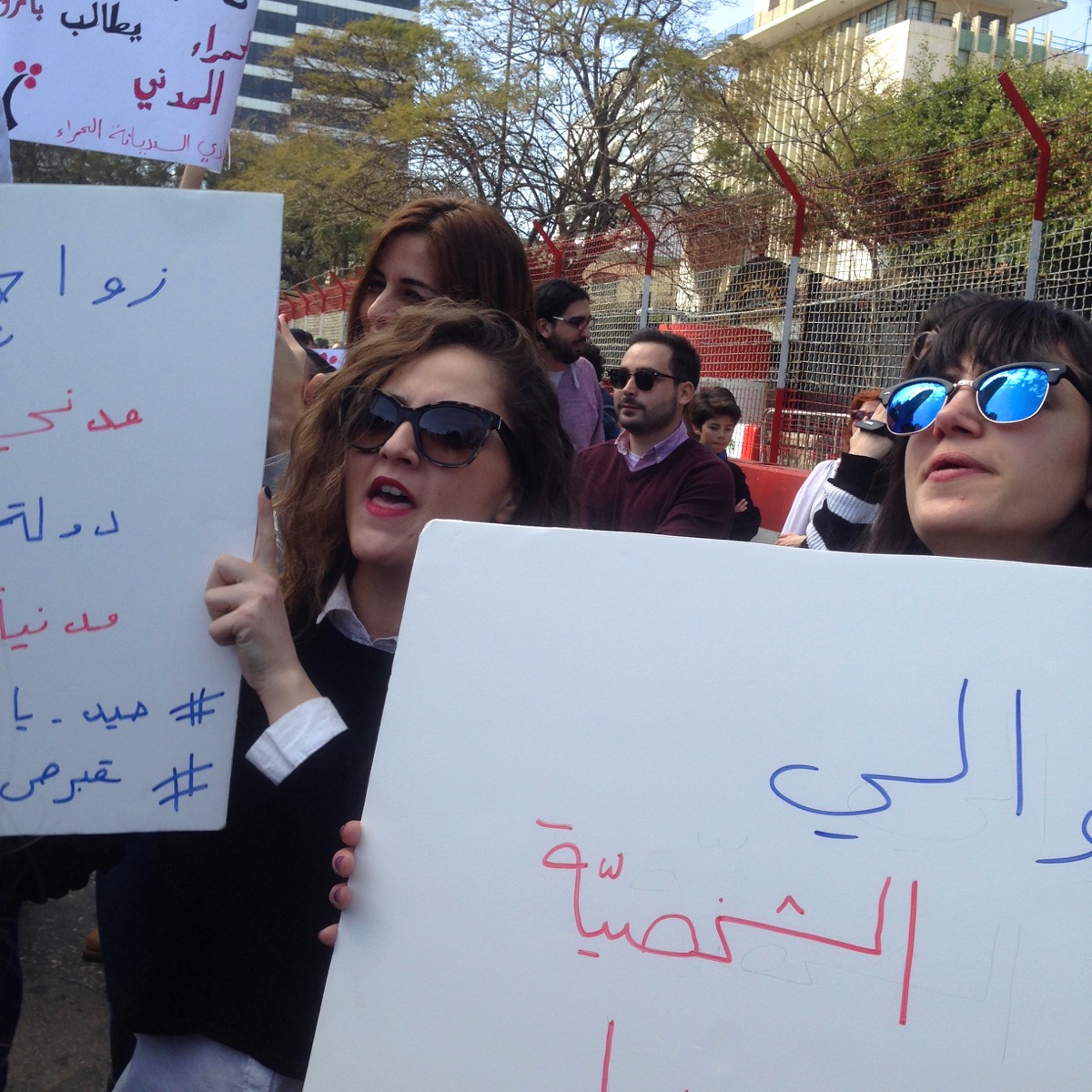 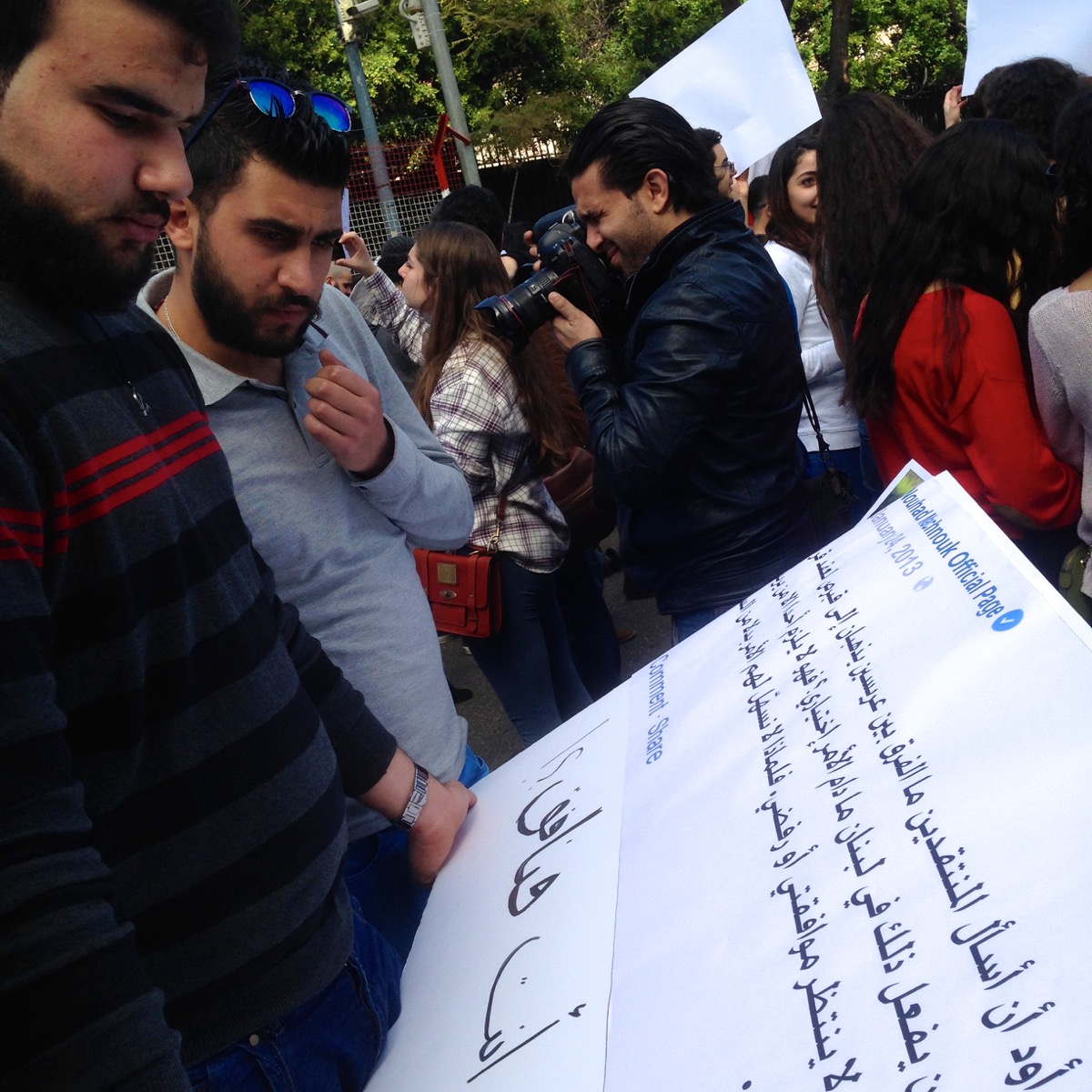 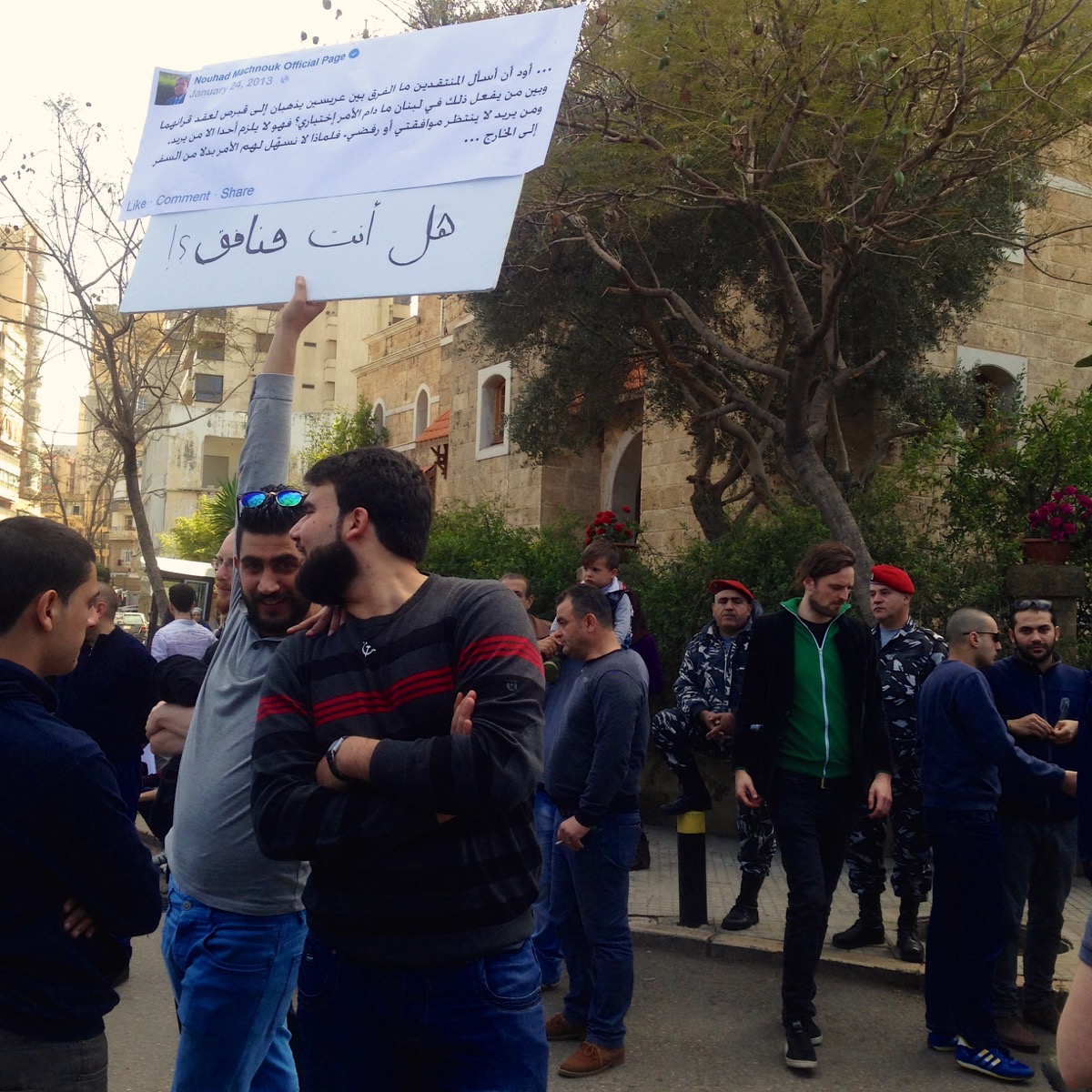 Many of the signs in today’s demonstration were aimed at interior minister Nouhad Machnouk, who has refused to move forward and make civil marriage a reality, even after a couple last year got their marriage okayed after removing their religious belongings from their official documents. On the topic of the nearby island by the way, Nouhad Machnouk – who had said on Facebook back in 2013 that he was supportive of civil marriage – was recently quoted saying “Cyprus is not far”.

The manifestation today was smaller than earlier, more widely announced and long-time planned events, but still gathered a diverse crowd. 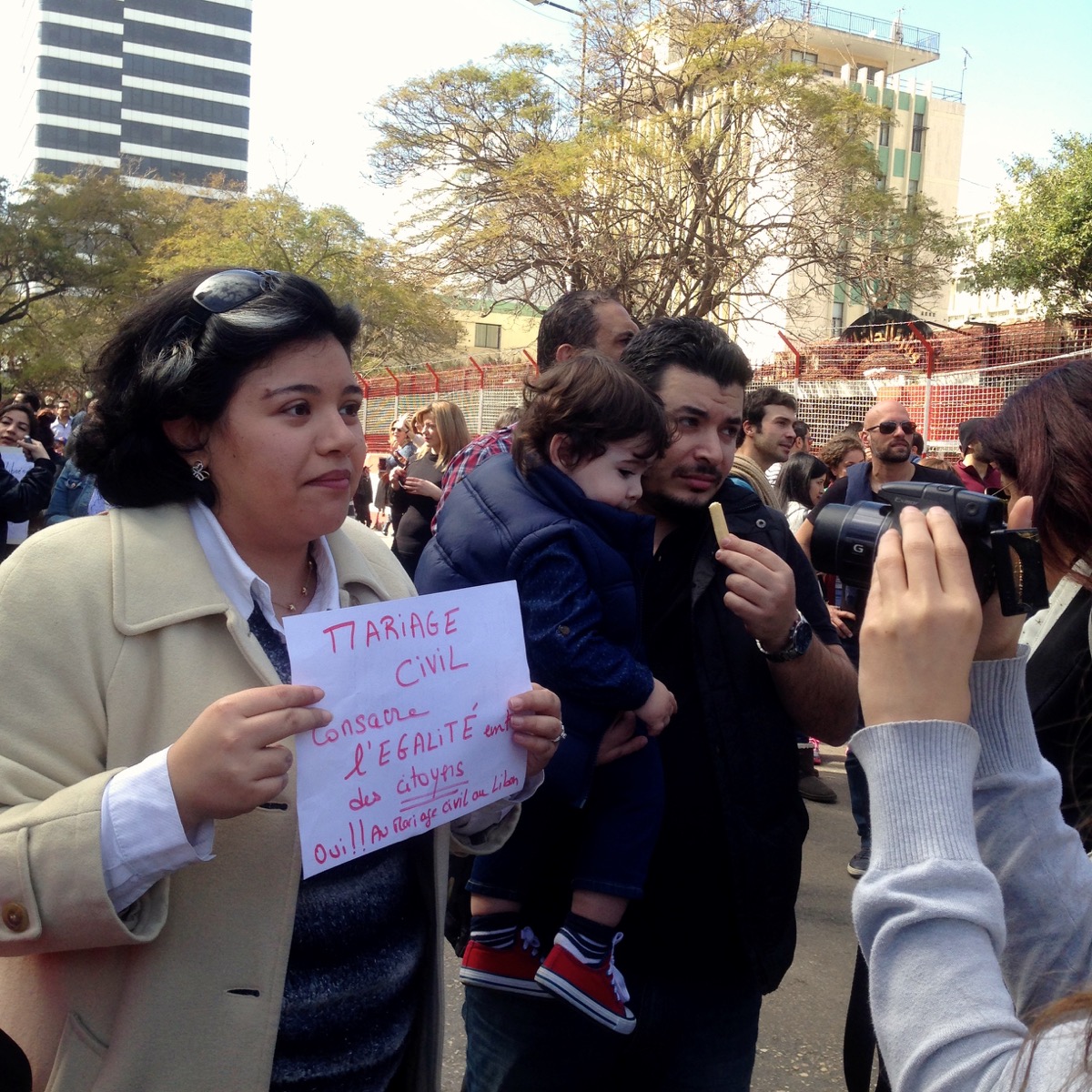 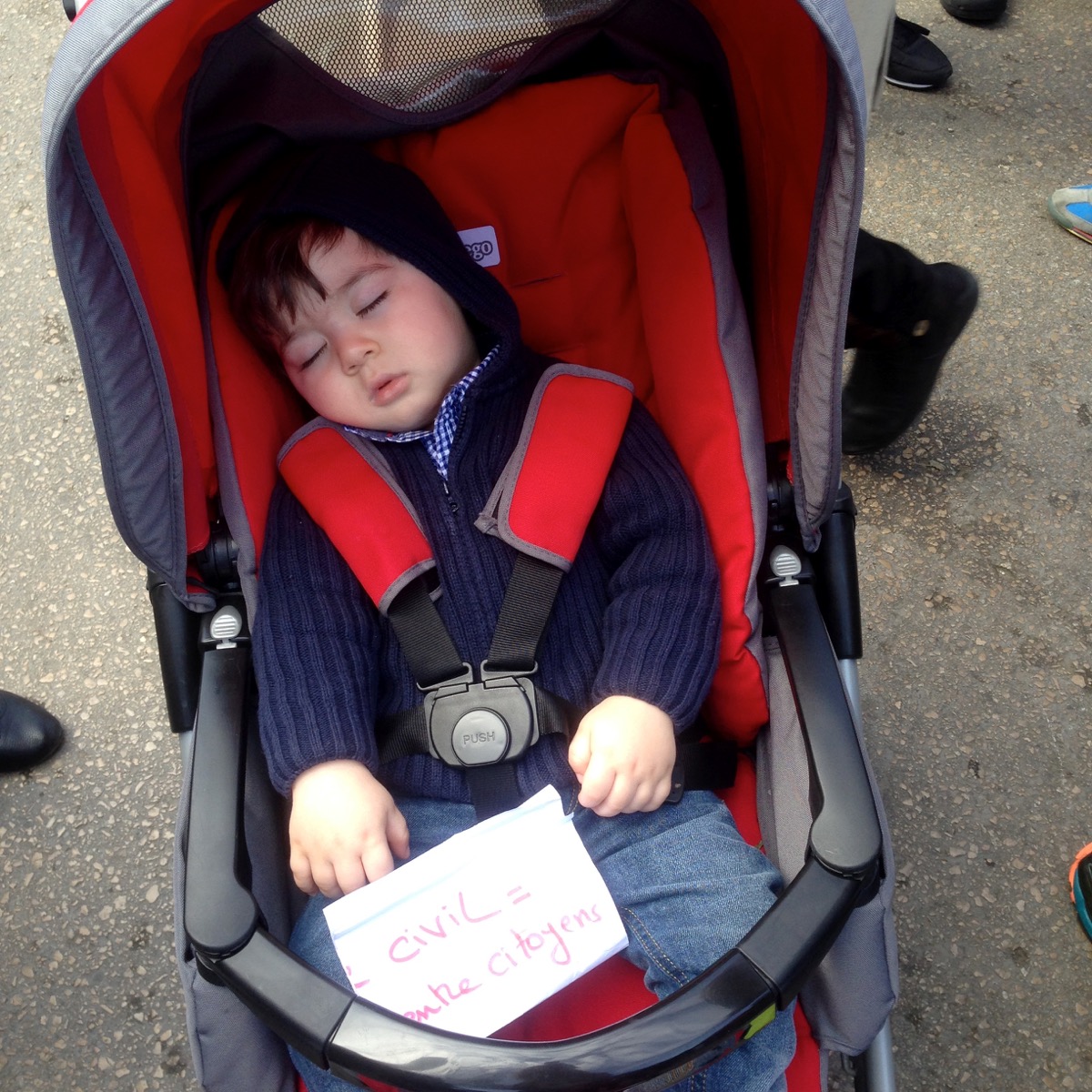 Rita Chemaly, among the most persevering of those in Beirut fighting for these civil rights, runs a blog that can be found here. 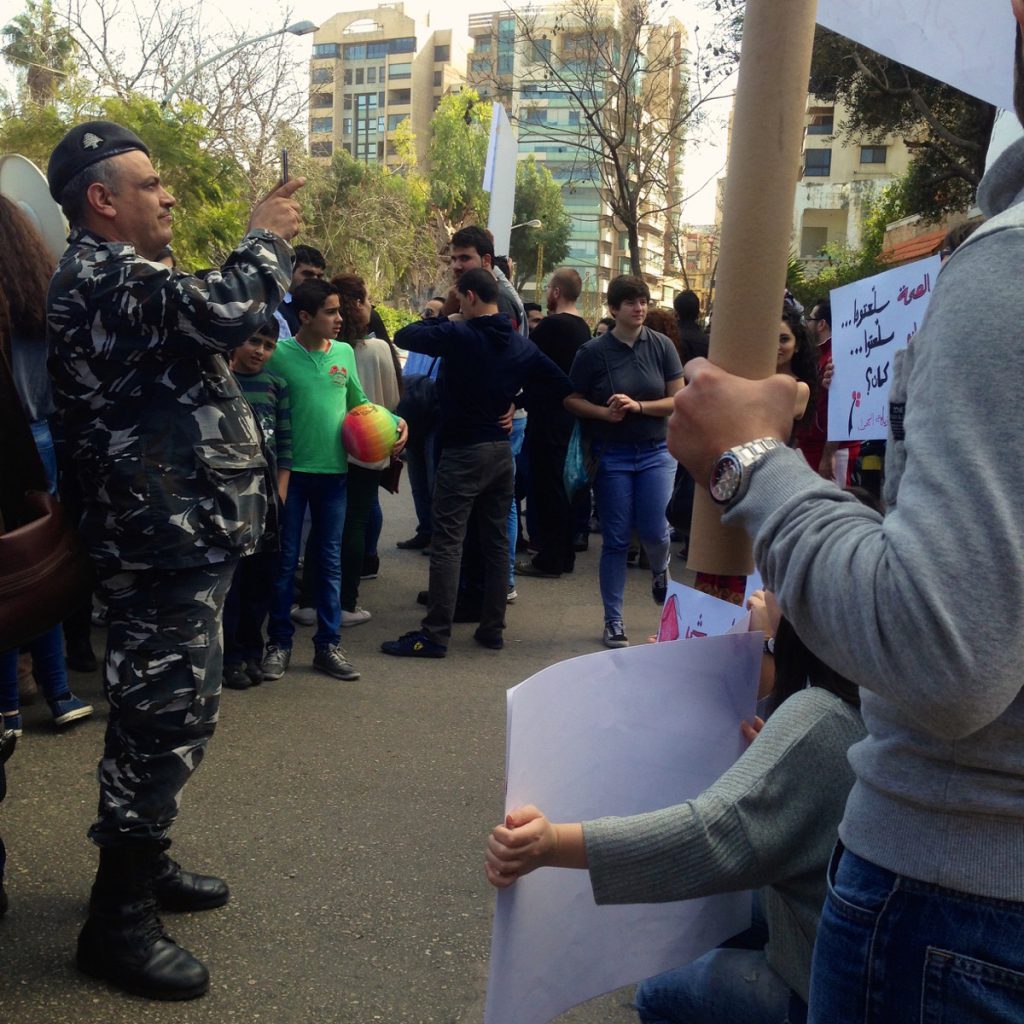 Many people liked the slogans 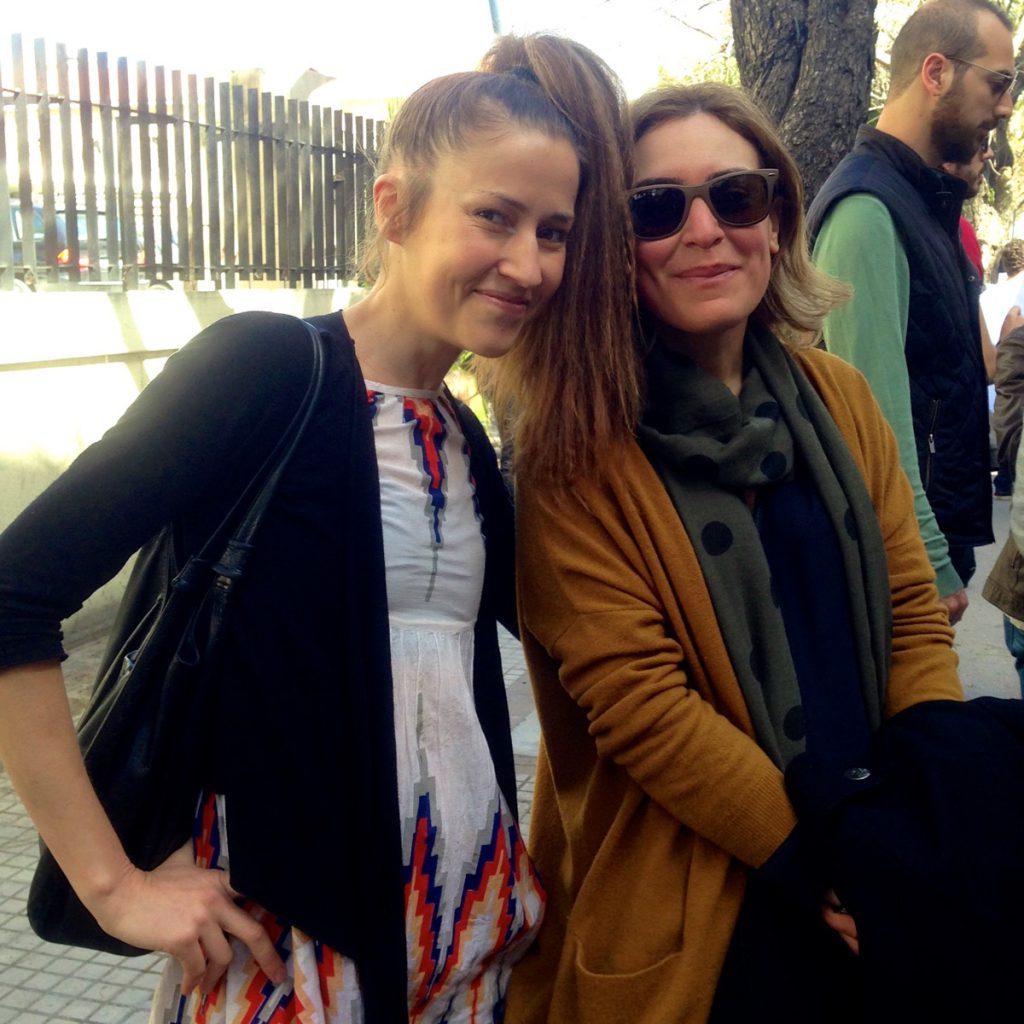 And Ghia (plus her mum) was there of course!