At the other end

I’m writing this after one of those long, seemingly never-ending, mornings that begins in the early hours with a quick walk around an empty Friday-morning town, then continues with cooking and eating breakfast (this one made up of plates with olives, carrots and coriander, barley bread, honey, eggs and very minty tea), chatting with newfound friends and – finally – considering whether to stay and eat another breakfast instead of getting started with the day.

It could’ve been anywhere in the world, but given the Friday morning quiet streets and flavored tea, the more exact location shouldn’t be very hard guess. Am spending a bit of time in Morocco, at the other end of the Middle East from where I usually am. It’s seven years since I was here last, the guy who stamped my passport reminded me – that trip lasted only a week, this time I have four. Well, what is time in the end but an unsatisfactory way to measure things. We never have anything but this very moment, right. The best we can do, wherever we are, is living and cherishing and collecting moments. 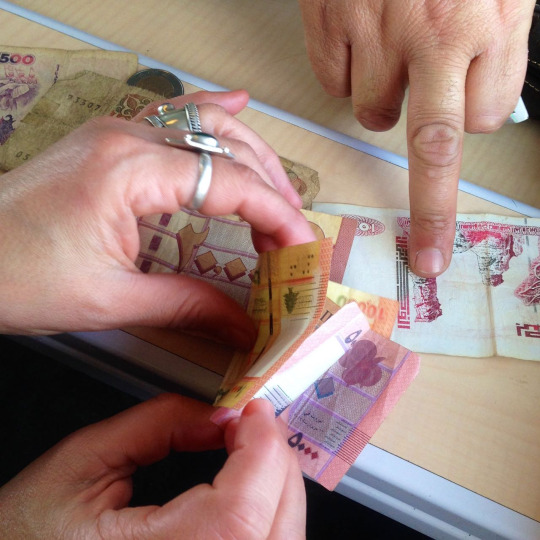 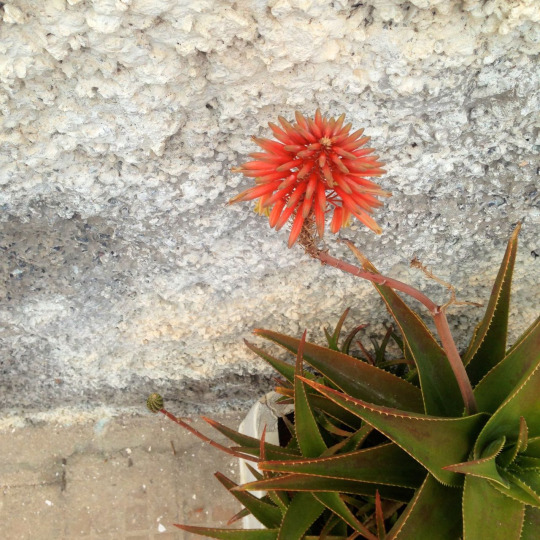 On the Casablanca-Marrakesh train, comparing Moroccan, Algerian and Lebanese bills.

The first moment, or at least one of them, was on the train from Casablanca to Marrakesh. I had landed in Casa, but was bound to leave the city already the morning after – my friends from Sweden would fly into Agadir in the south, and I was meeting them at the airport that night.

The six person compartment on the train soon filled up with people – I had the window seat, a man and his friend sat facing me. On my left side was a woman maybe 10-15 years older than me and her little mama, wrapped in a flowery fabric and wearing centimeter-thick glasses. It took maybe 15 minutes, then all were talking. Turned out the men were Algerian and had come to Morocco for holidays. The train was going to Marrakesh – the woman next to me was from there, so they asked her about everything you can possible imagine. The best restaurants, where to go in the souk to avoid the worst hassle, beautiful and great spots they couldn’t miss.

After they realised I also speak Arabic (a different from theirs for sure – both as a non-native, ever-trying, enthusiast and a talker of the quite different Syrian/Lebanese dialect), the discussion shifted to differences and similarities between these two diverse parts of the Middle East. Currencies (see the photo), what cities are more expensive and why, which food is best (Damascus-Aleppo-Beirut, everyone agreed, is very hard to beat). In the end we came to pause the discussion and meet, all of us, in one of those rare shared moments when you’re all in the same place, not physically but with your heart. It was when we came to talk about Syria and how life there is being torn apart. I think no matter if you’ve been there or not, and no matter how far away it is from where you are, all over the region there’s this huge and sincere shared feeling of sorrow and compassion towards the Syrian people. We shared it, the five of us in that compartment, looking out over the green (it’s been raining a lot this winter!) Moroccan countryside passing by outside the train window. 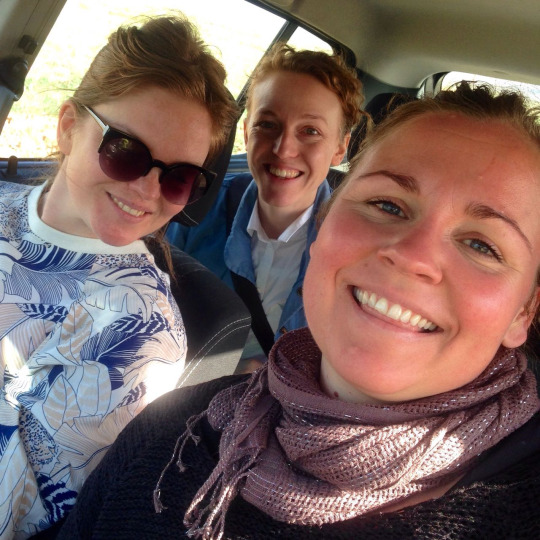 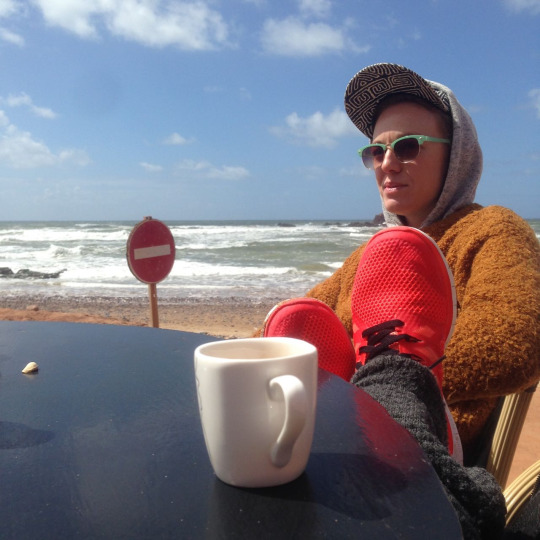 Somehow, after changing busses and refusing to pay 200 dirhams for an “airport taxi, it’s the only way” and instead sharing the company with a sweet lady and a teenage guy and a few unknown others in an old car and then, with other passengers, in an even older car stopping on the road right outside Agadir’s airport, I made it just in time to meet these lovely people. Liv, Lisa and Karin – Swedish friends who had come south for our much longed for shared holiday. We picked up our car, packed our bags, and drove south along the coast. 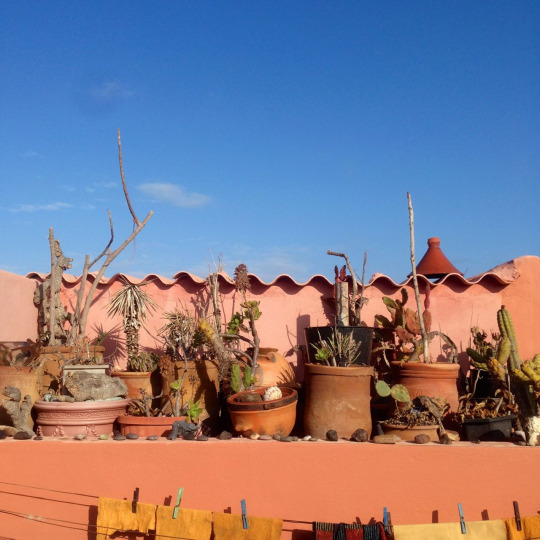 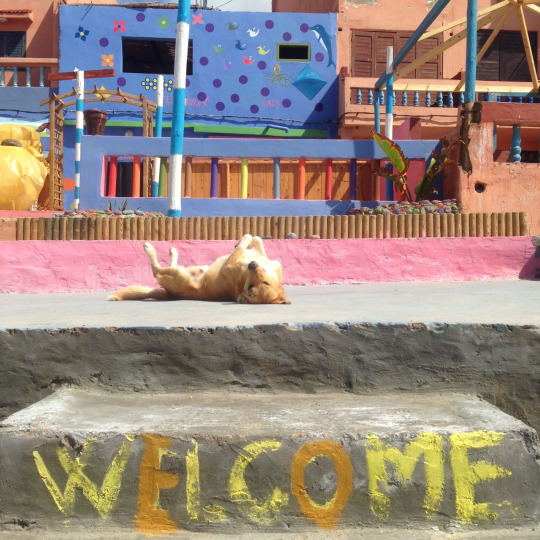 The road took us to Sidi Ifni, a quiet and small place with a weekly market, roads lined with white and blue stone houses, lots of wind and a couple of friends running a small surf/bed-and-breakfast place. That’s where we stayed, spending the week with eating dates and olives, getting scrubbed at the town hamam, escaping the rain and – finally when it arrived – worshipping the sun. 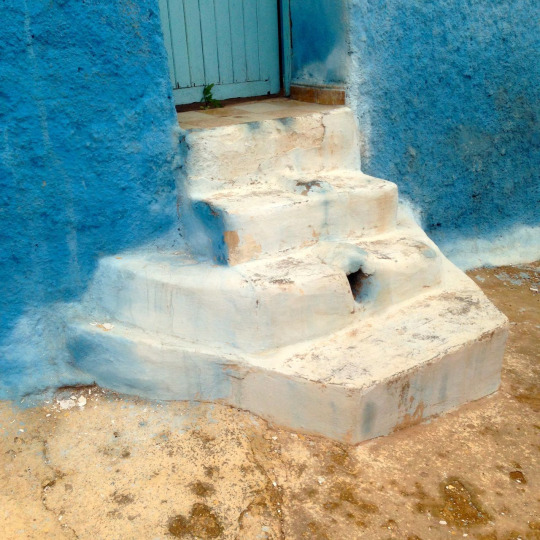 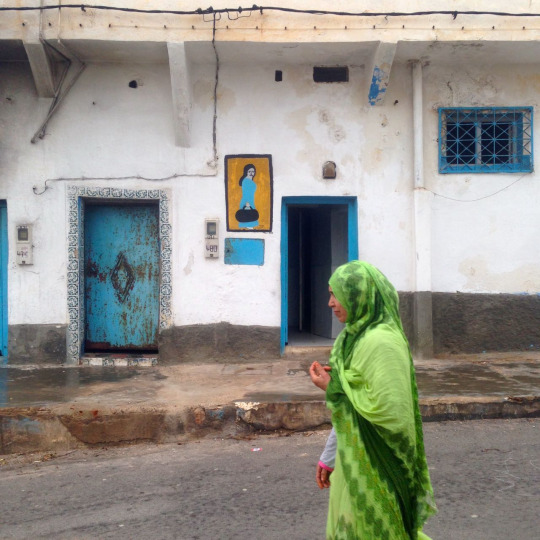 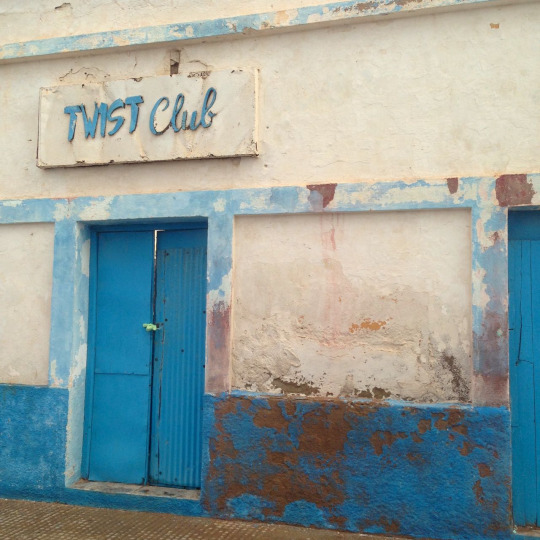 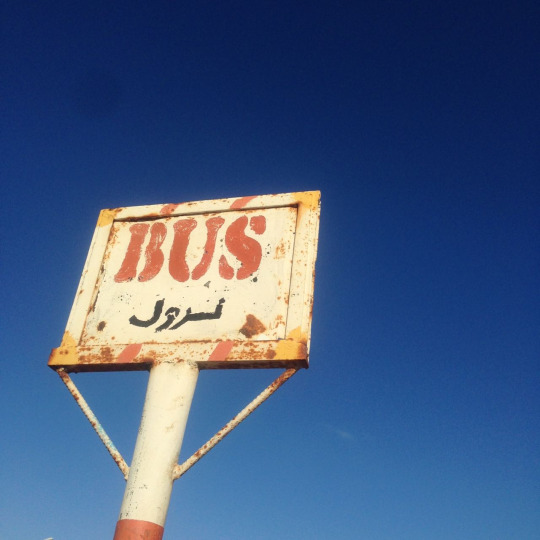 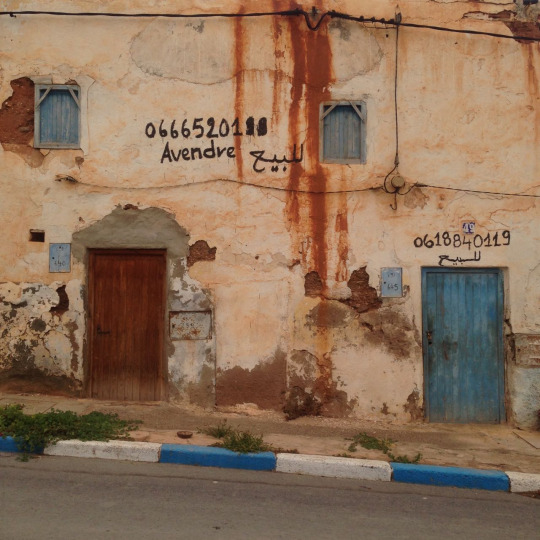 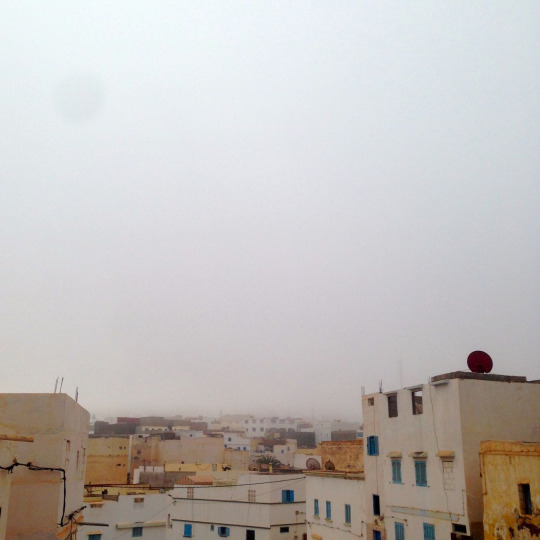 But a week ends so fast. Too fast. It’s sad that feeling, when you’ve been in a bubble with people and – knowing of course that it will end, it always does and always must – realising that the last day has come.

We packed our things in the morning, locked the door to Ifni Surf one last time, said bye to Rashid the curious guy with guitar playing fingers, Said the surfer and Said the chef, Khaled who speaks I don’t know how many languages because he works with Russian, German, Swedish and others who come to fish (steal) the fish off the Moroccan coast. Took the highway north, stopped by the ocean one more time. Met a team of teenage football players, all girls, from Dakhla several hours further south. Took selfies with the hair messed up by the wind, smiled when they told me they love Zlatan and I proudly said “He’s from my city in Sweden!”. When we got to Tiznit, a little bit in land, the afternoon was hot. The girls dropped me there, drove on to catch their flight; I caught a bus up the mountains. 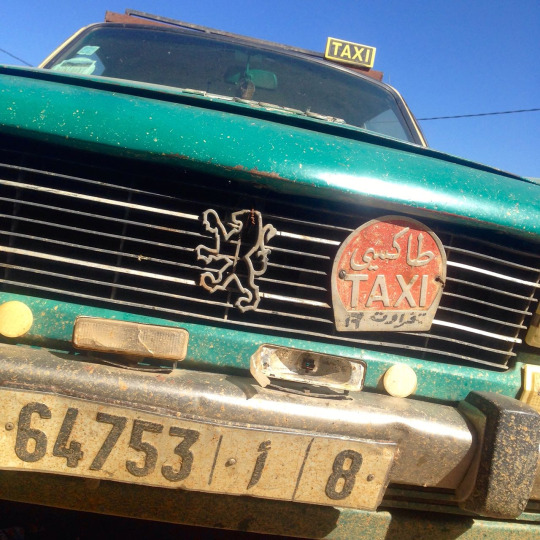 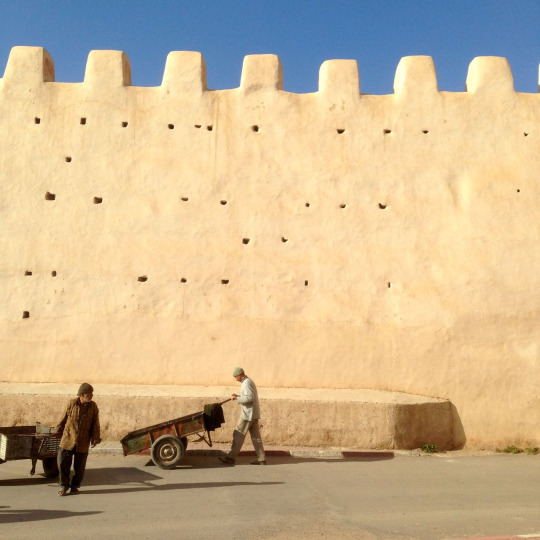 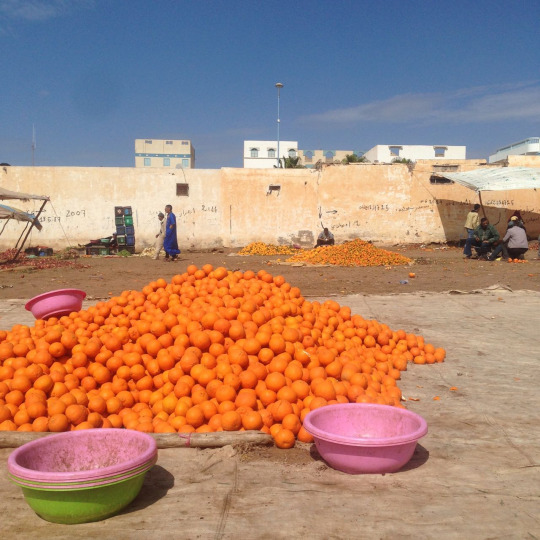 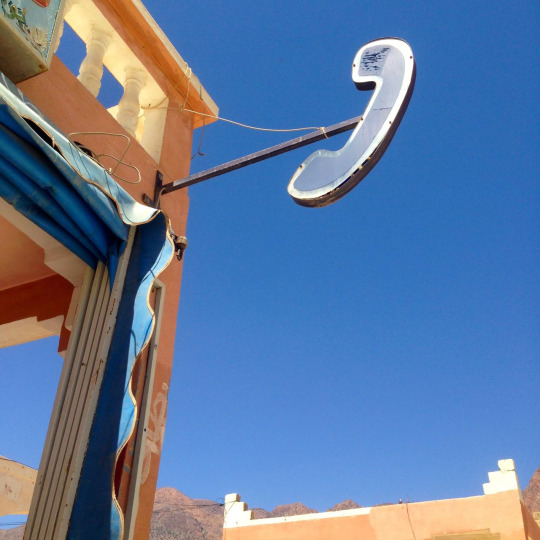 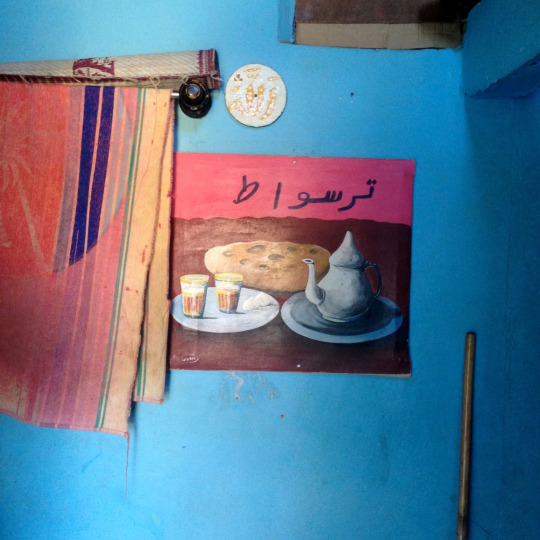 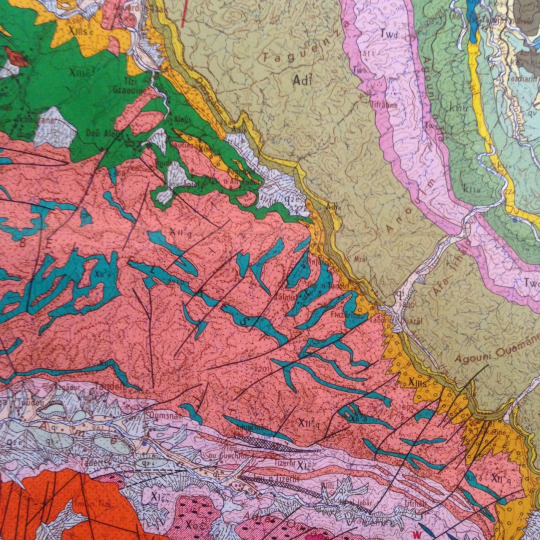 It took me through an incredible countryside to Tafraout and the nearby region: orange and pink (or even violet, depending on the sun and time of day) mountains, villages and towns with Berber names, bikepaths and roads leading up and down and around.

It was lonely at first because the friends had just left. Everyone else goes, you’re the only one who stays. But shway shway (or shwiya shwiya in the Moroccan accent), that feeling went away. I talked to a shepherd just outside Tafraout, spending his days just like so many others up there with the sun and the mountain views and his sheep. I told him my grandfather once took care of sheep just like him – he asked me how much is a sheep in Sweden? The kind of things we don’t know! Then, in the evening, at Café Marrakesh, with a few tables outside and a view over the pavement outside, I talked about Beirut with someone who, it soon turned out, has a sister who lives in Lebanon and knows my friends and me her friends. 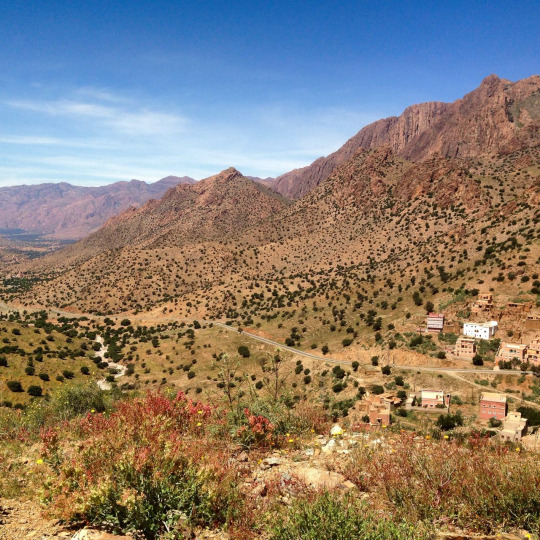 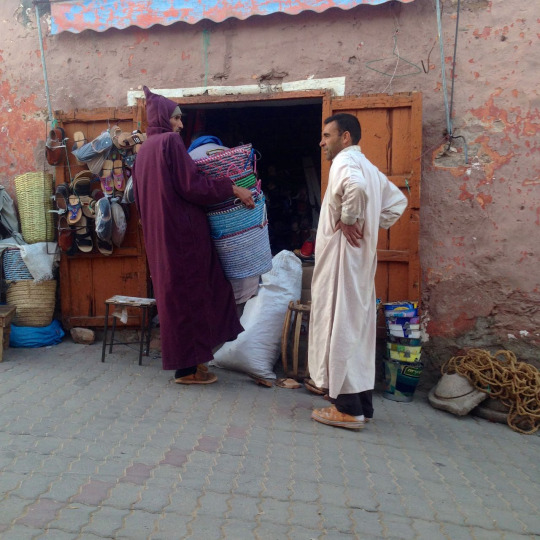 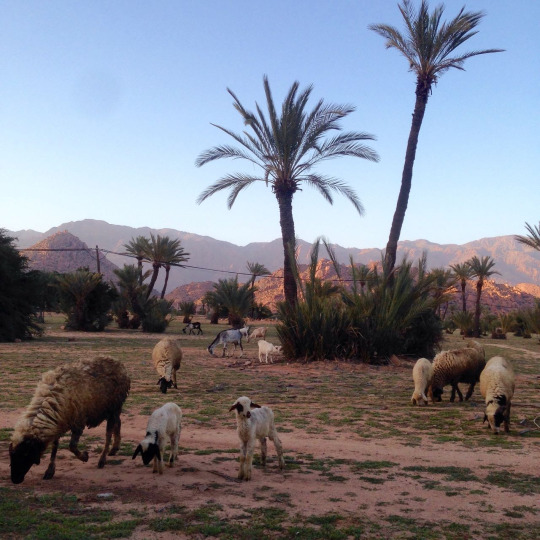 Have moved on to the coast now. Am writing on things as well: something about French and English and language in the Arab world, something else about mapping cities that refuse to be mapped. And, who knows – maybe sheep?