Chasing the walls of Azemmour

Medina – the word in its most basic sense is Arabic for “city” and simply means a place where humans have settled down. But the term has other meanings too – the city Medina of course, in today’s Saudi Arabia, one of the most important cities in Islamic and Arabic culture. Wikipedia lists a number of Medinas in the US: valleys, towns and cities. The site also tells me there’s a Swedish hiphop duo called Medina – and a board game invented in Germany.

For most people though, medina is the old, central part of Arabic cities, where streets are narrow and houses made of crumbling stone. Where neighbours know each other (and the neighbours and neighbours of neighbours), where bikes may appear without a sound around any corner and bags of yesterday’s trash lie waiting for the garbage collectors in the morning. Many cities have medinas – Algerian and Tunisian, Syrian, Egyptan and Omani – all with slightly different styles and architecture.

One thing about the medinas, and I think what attracts people to visit and spend time in them, is the strong feeling of connection to the past. Houses, courtyards and alleys are old, visibly old, and function as a form of continuous links to bygone times. It’s impossible I think, when dragging your fingers along the facades or stepping your feet on the soft and rounded stones, that your thoughts don’t wander off to what life used to be and how it now has changed.

The medina in Azemmour, a small town only a short drive north of El Jadida, a popular summer destination for visitors from Casablanca and Rabat, did evoke that kind of thoughts – but more so another kind of imagination. In 2013 Azemmour played host to a big festival of street art, which turned its walls and buildings in to one big outdoors graffiti gallery.

These photos are from across different parts of the medina, taken during a quiet afternoon under cloudy skies. Many of the paintings have become a bit worn during the two years that have past, but few (I think none) have been destroyed or painted over. They seem to have blended into the urban environment by now, become part of what people see every day. Everyone I asked said they’re happy with the art: the comment I got from four, five people was “Yes, they’re nice, I like them – but they were made by people from abroad, not people from here.” I wish I could’ve spent more time getting to know the different pieces. There are a few portraits and what looks like tributes to different people, maybe local characters. A bit curious to know more. Next time I hope, with more time and a clear, sunny sky!

For now, here’s the living, loving, graffitied medina of Azemmour: 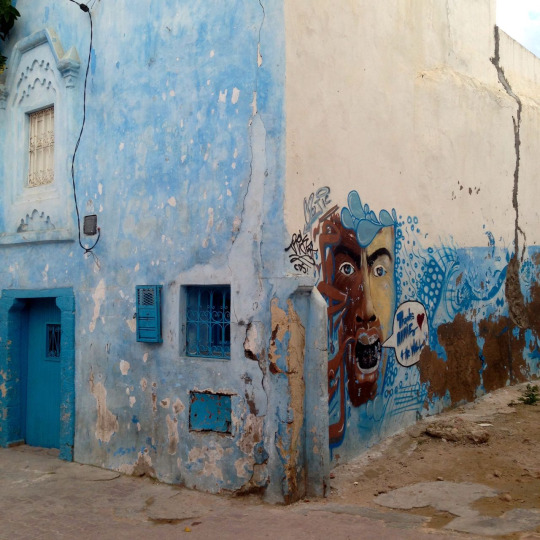 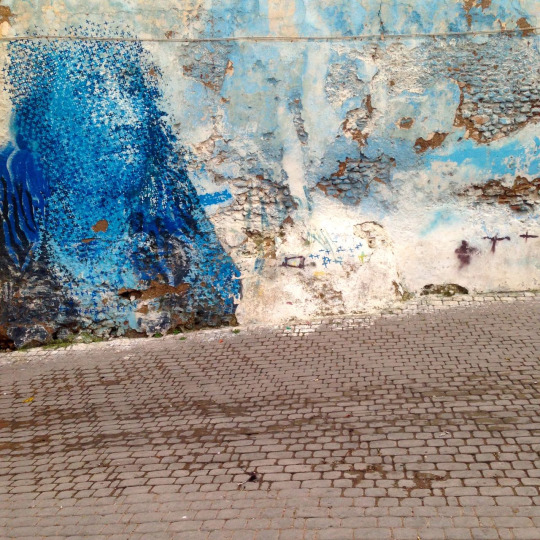 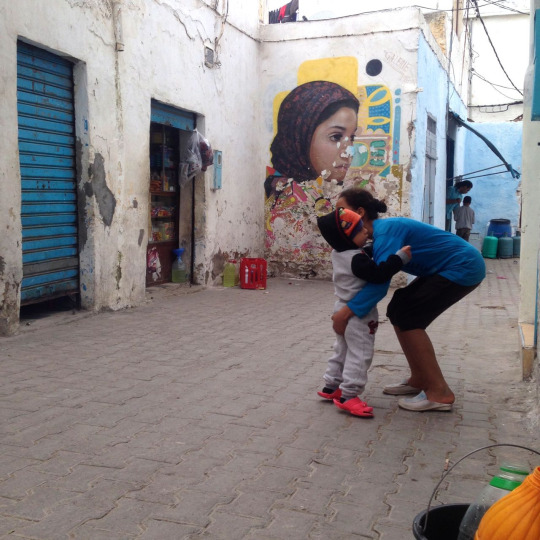 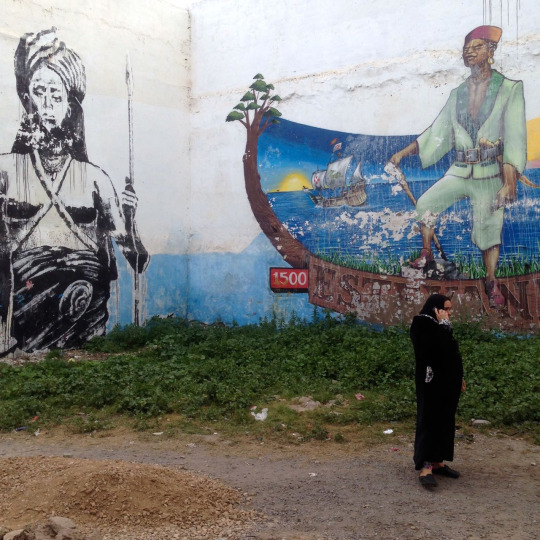 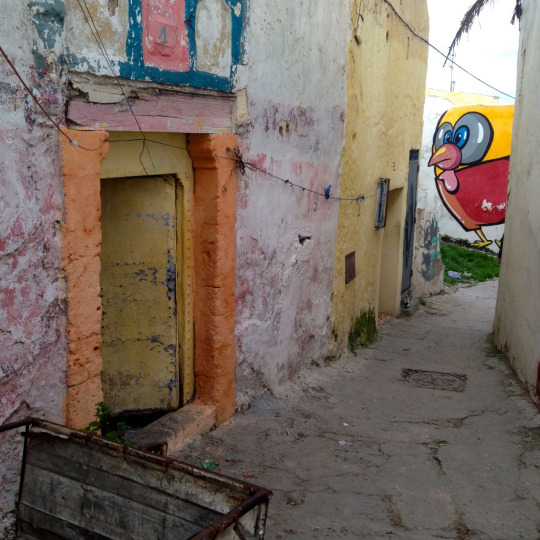 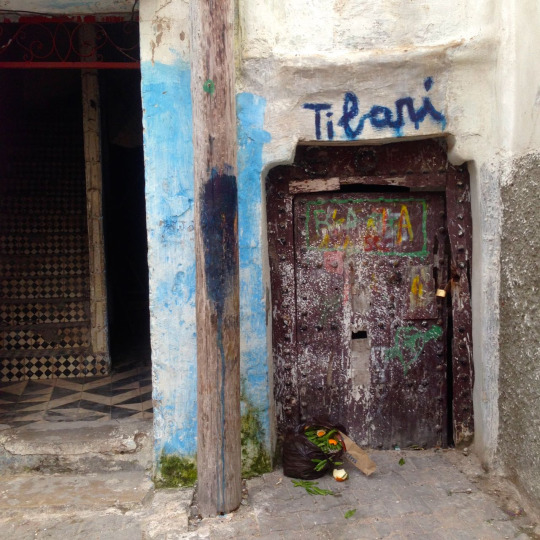 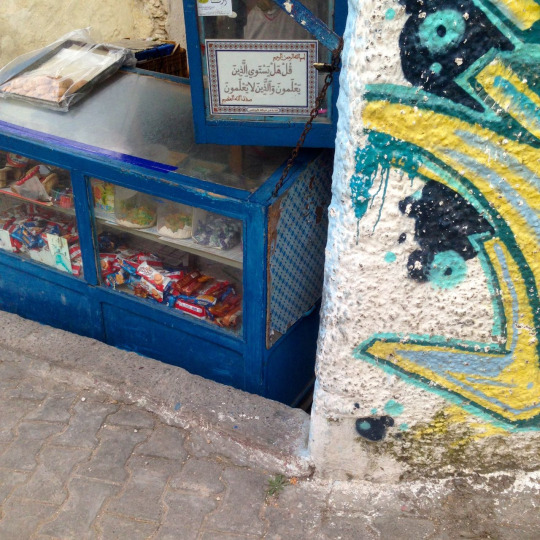 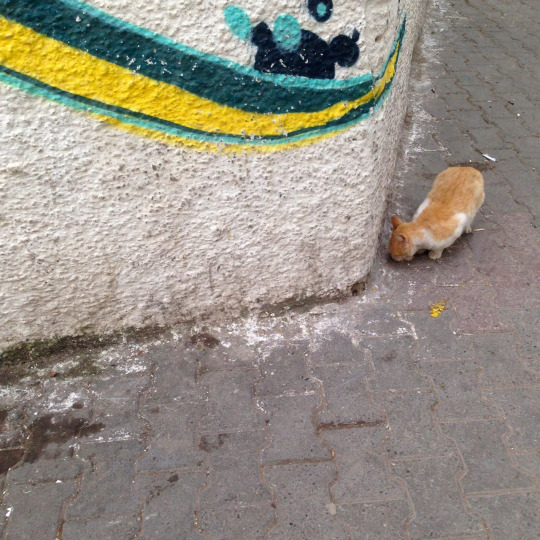 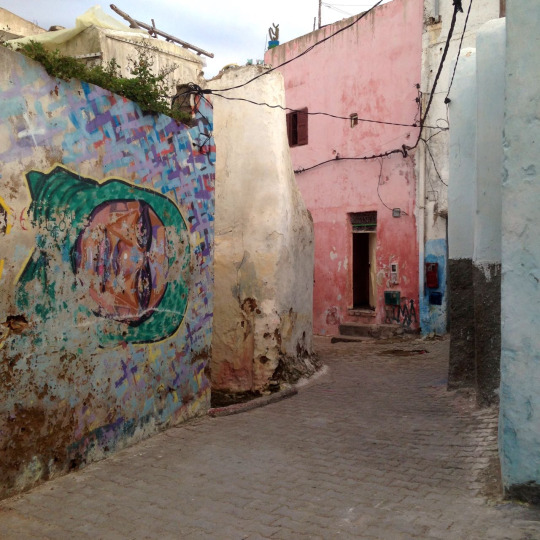 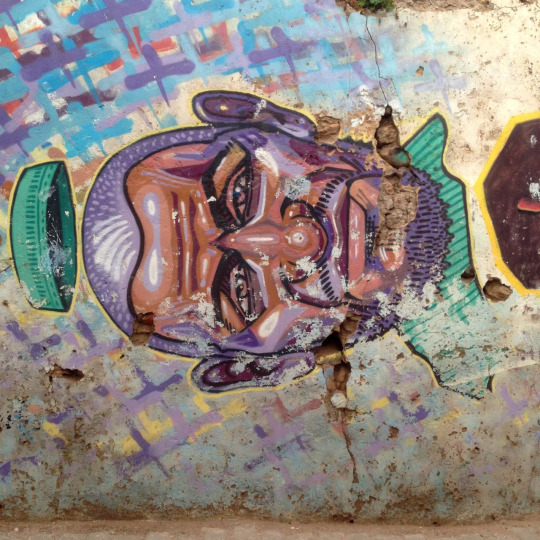 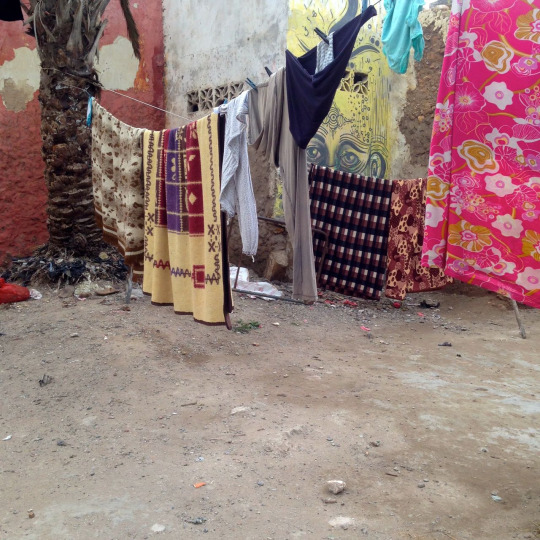 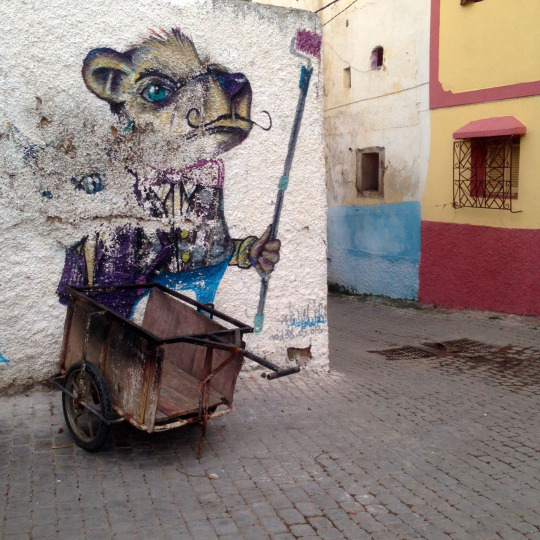 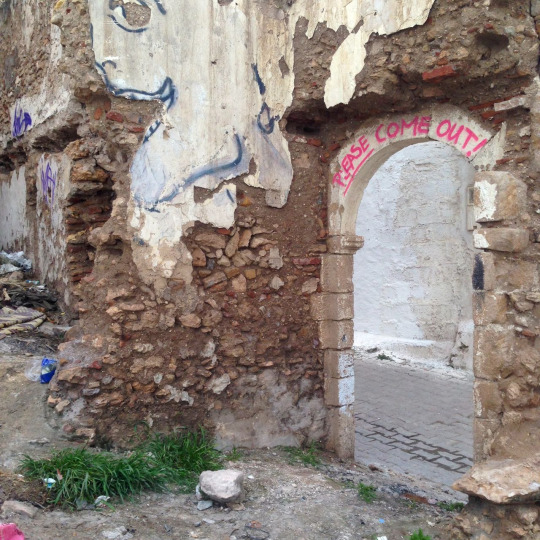 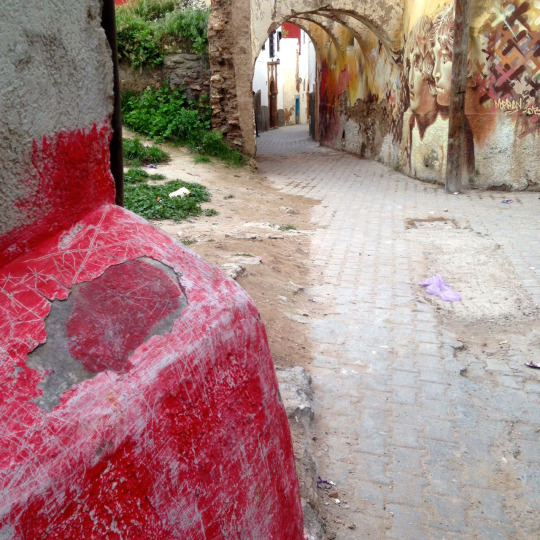 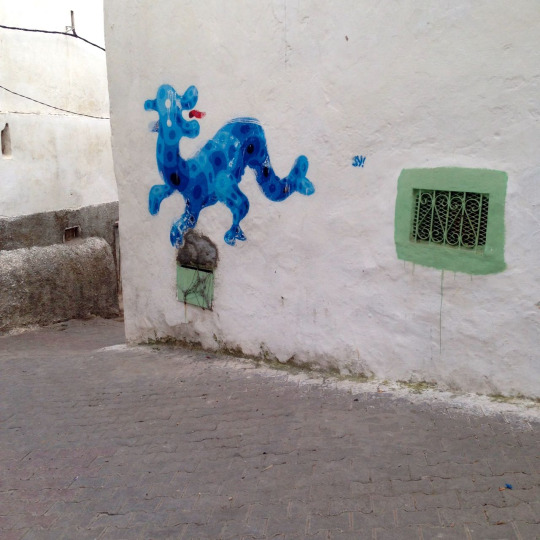 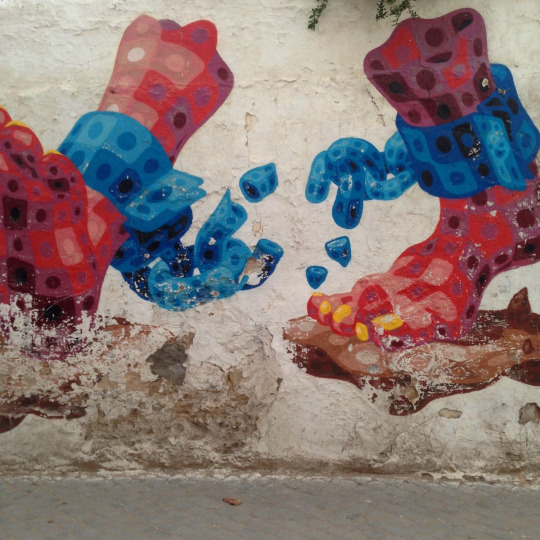 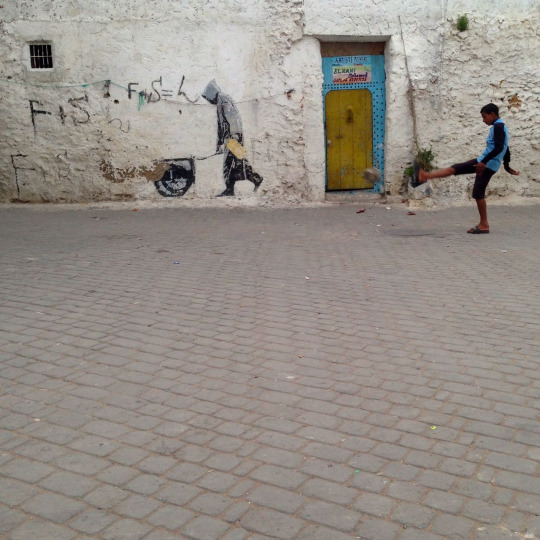 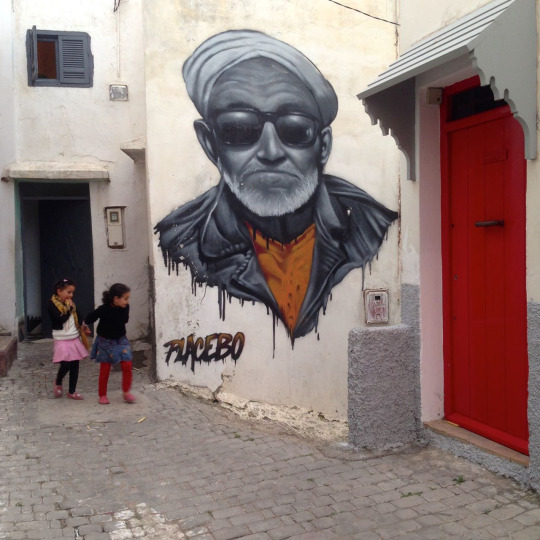 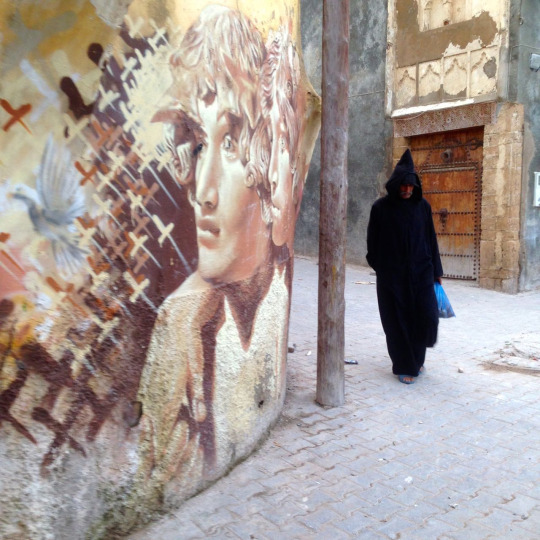 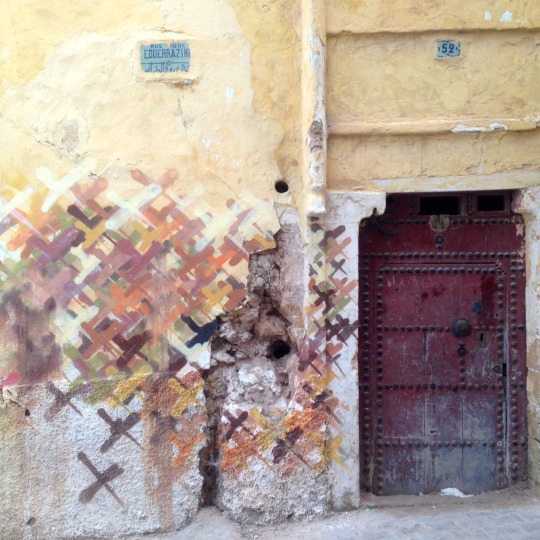 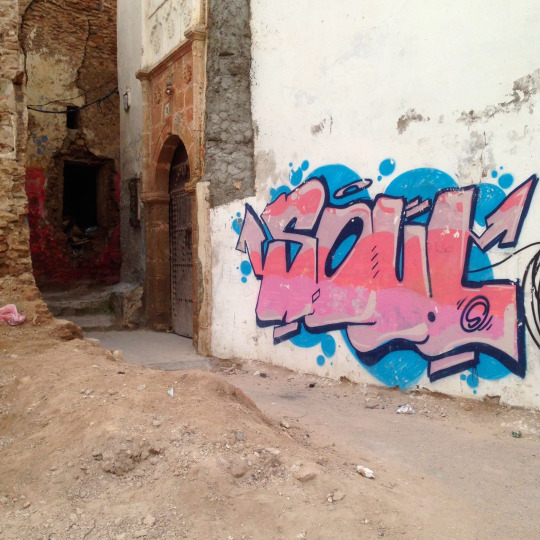 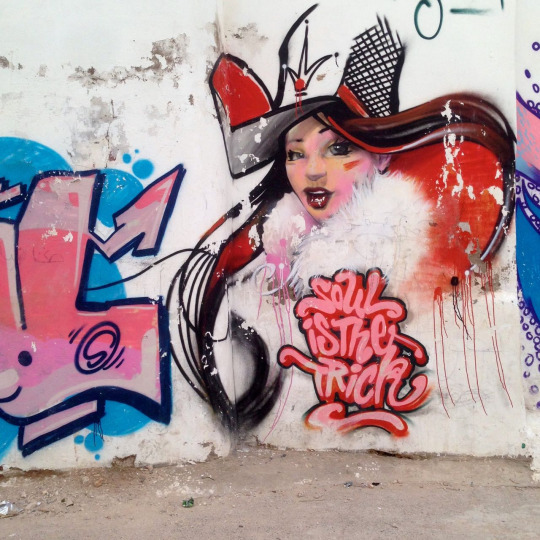 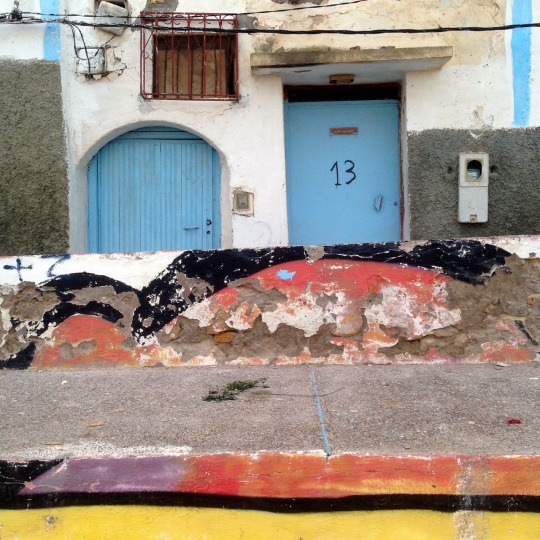 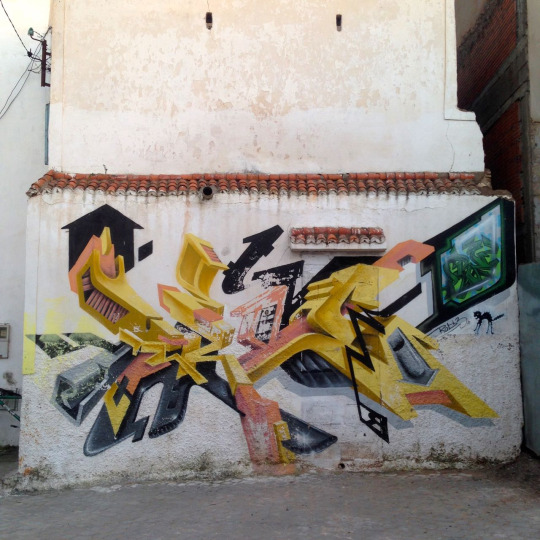 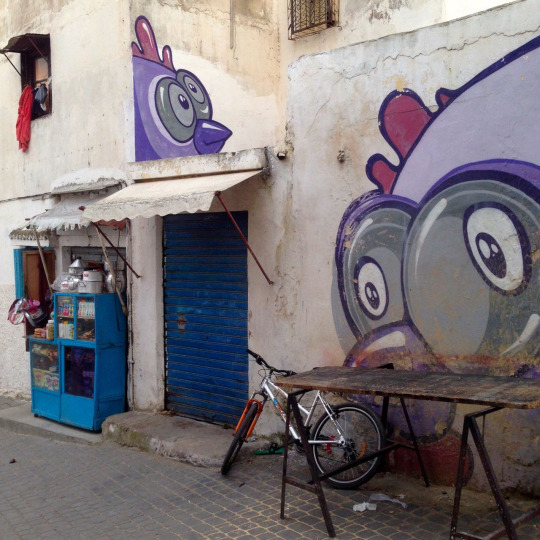 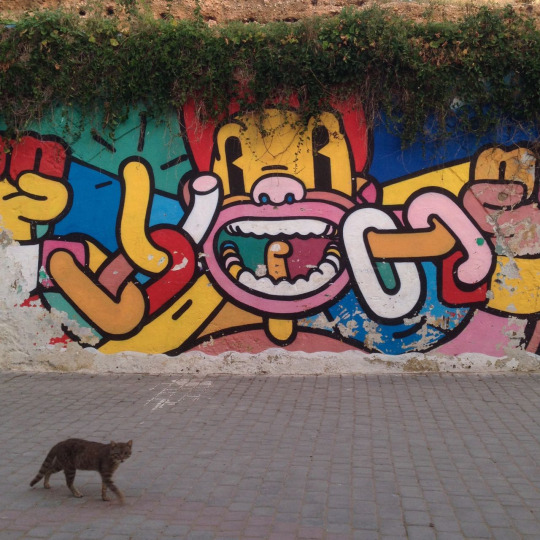 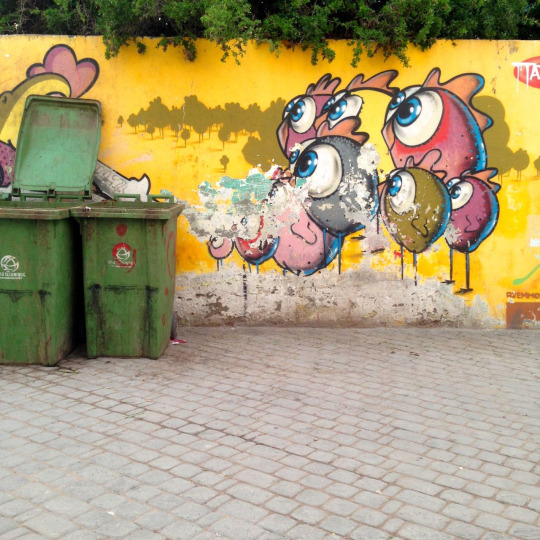