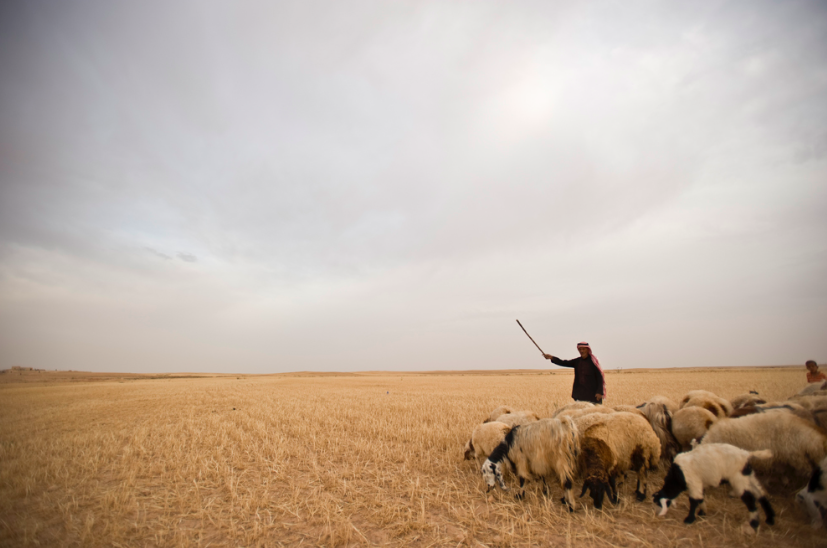 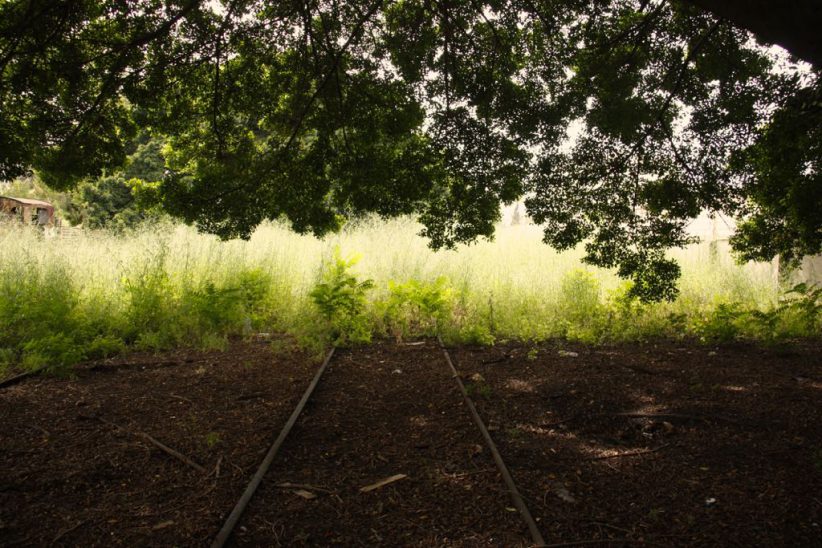 Meeting along the rail line

The story about Lebanon’s lost railway, told by Sarah Lily Yassine. It was part of our book Beirut Re-Collected, now we’re sharing it online as part of Mashallah News’ Routes series – eight stories taking you along different routes through the Middle East, from Tehran’s longest avenue to the pan-Arab path that in 1923 traversed the Syrian desert. And – Jad Baaklini’s beautiful recollection of a taxi journey through war-torn Beirut.

The balance sheet of conflict

Aziz Hallaj, architect, academian and urban planning consultant (among other things – he’s also a generous community-engaged Aleppan who has among the largest libraries of books in his home in Syria) writes about warlords and criminal revenue in war-time Syria.

Reimagining Raqqa: of tradition and of wheat

From Le Monde diplomatique 2010 – what Raqqa was before becoming associated only by that repelling acronym:

“It is a region largely unknown beyond national boundaries. And even Syrians dismiss Raqaa as a place gone by. Raqqa is their past, not their future. Dr. Faisal al Mostafa al Hasa of the Raqqa Tourism Ministry, concedes ‘There isn’t much here. Most of the people who come here are just passing through’.” 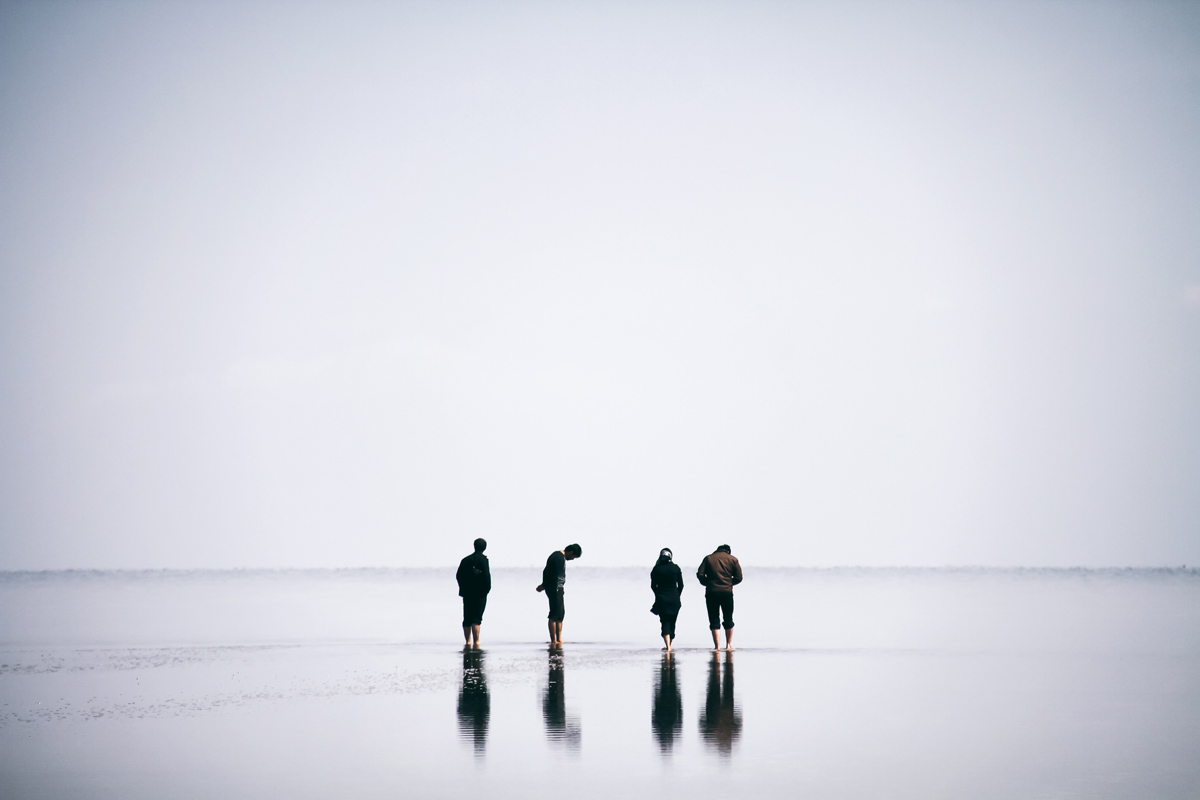 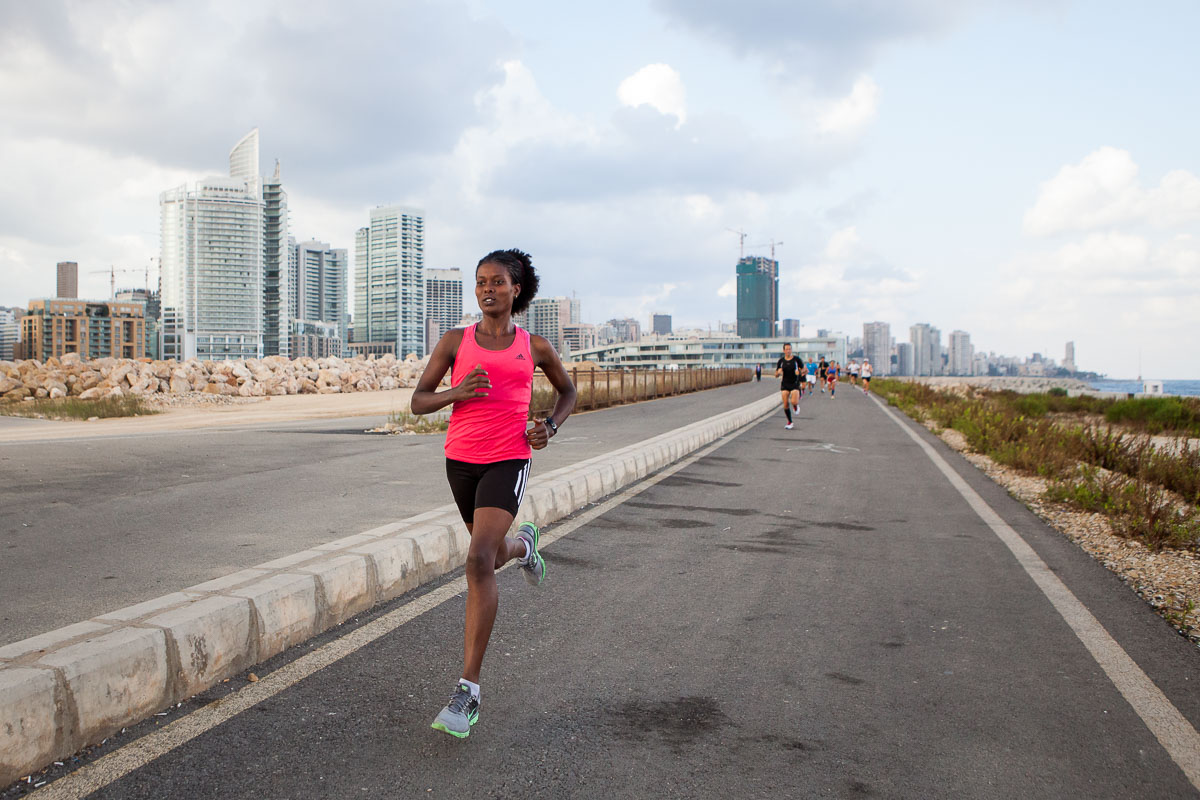 Beautiful photos from Lake Urmia, a large lake situated in Iran and Azerbaijan. Tabriz-based photographer Farshid Tighehsaz documented life on the lake, which today is 75% dry – “In all my photos I can only witness a salty death,” he says.

She’s raking them in

Aregu Sisay is not just any girl you would meet on the street. She’s a fast-rising star in the Lebanese running scene, which is interesting because when she came to the country – to work with housekeeping, just like hundreds of thousands of other girls and women from countries like Sri Lanka, Philippines and Ethiopia, where Aregu is from – she was not a runner, and had never before left the Wollo district of Ethiopia where she was born. Sietske, the mother in the family where she works and lives, is Dutch-born but has been in Beirut for long, and writes one of the best blogs about life in Lebanon – many posts these days are dedicated to the running career of Aregu (and a bit of insights into the Lebanese running community, which I’m happy to be part of as well). Lebanese society today is unfortunately not immune to racism and bigoted attitudes towards the migrant workers who essentially keep much of the country going – on the opposite, people from African and Asian countries who come here to work speak constantly of bad experiences. Happy therefore to say that this has not at all been the case with the running community (I’m training in the same team as Aregu) – save one awful incident which Sietske wrote about here.

Swedish speakers, there’s a great podcast if you haven’t discovered it yet: Staden, a weekly conversation between Dan Hallemar and Håkan Forsell about architecture and life in cities across Sweden and elsewhere in the world. Each episode takes place somewhere, and that place leads the conversation to a related topic. In Hjo, they talked about Sweden’s traditional wooden cities, mostly/entirely built by wood just like all cities were at one point in history. Alexandria had them talk about cities post colonialism, Istanbul (x2) about urban activism and how citizens resist top-down change. I loved the episode from Borås and how the visit to the garment capital of Sweden, once a thriving centre for working class fashion and textile entrepreneurs, got them talking about something we hear little about, our ears so attuned to what happens in the big cities: urban divisions in small, countryside towns.