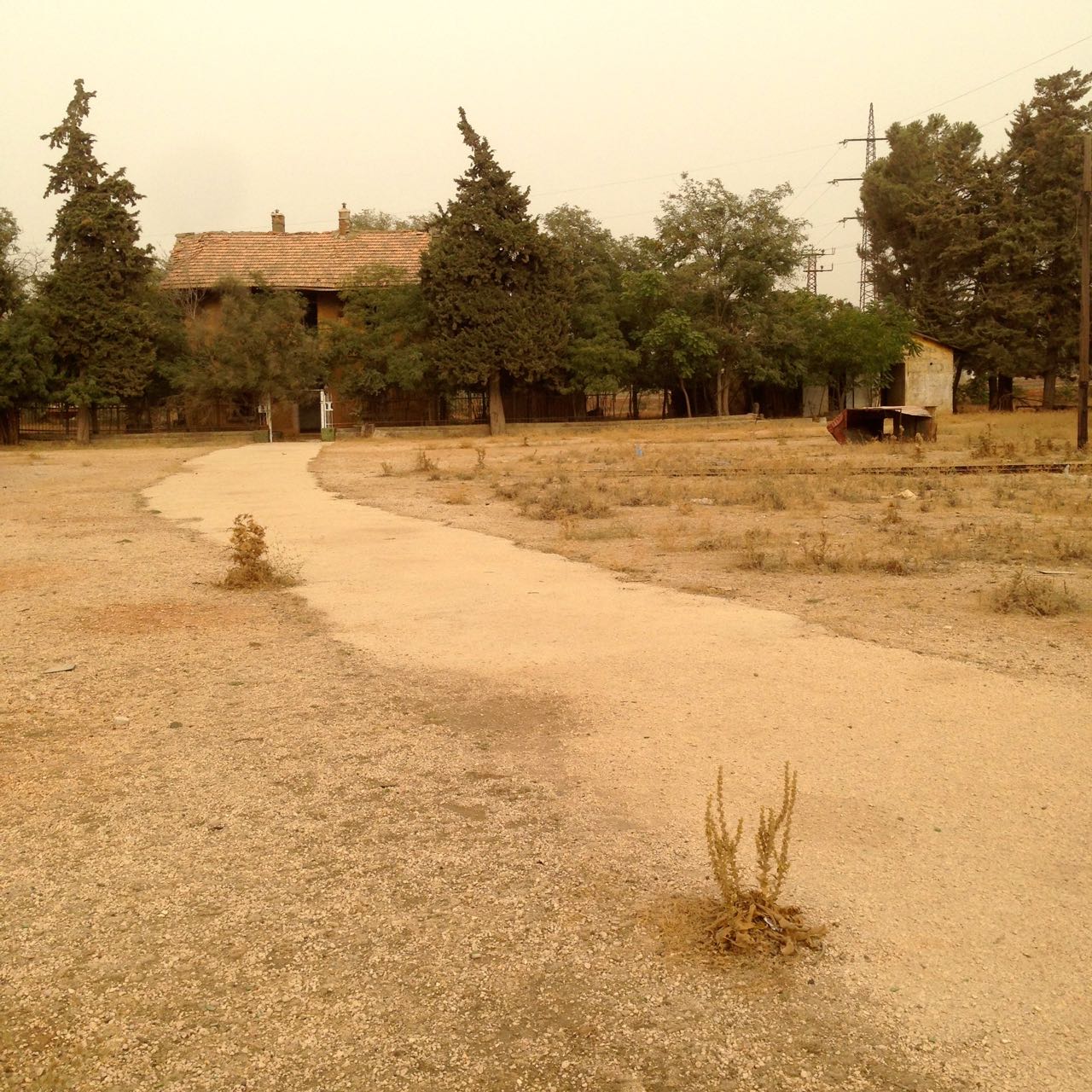 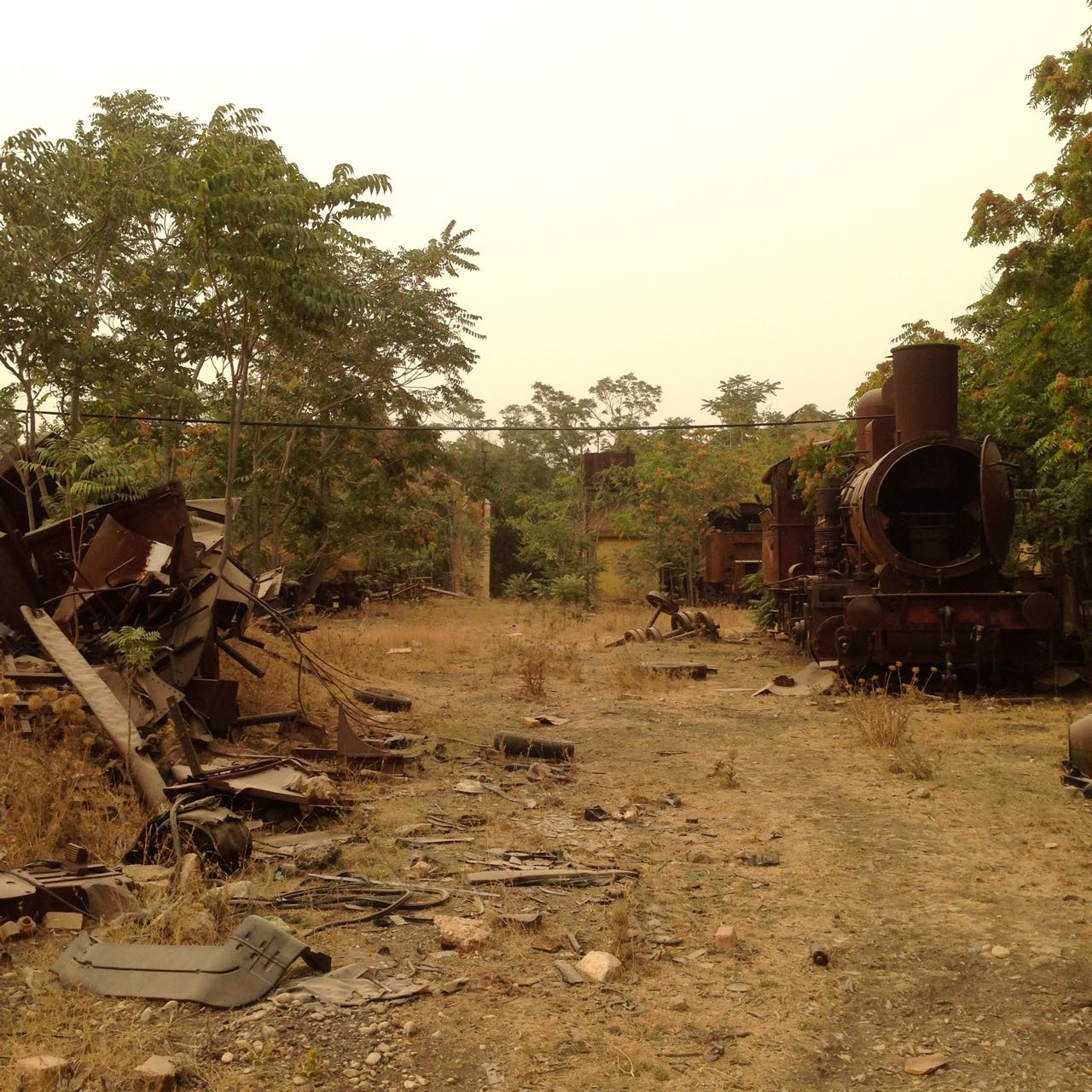 We were driving round the central parts of the Bekaa and had just passed a new stretch of highway being built near the road leading to Damascus (I wonder if it will replace parts of the current one?). Suddenly I saw on the map that we were very close to Rayak, a small town south of Zahleh, surrounded by fields and open lands. I was happy because it was one of those places I had wanted to visit but somehow never gotten around to: it has the biggest remains of what used to be a precious thing in Lebanon once upon a time: its railway network. After driving into town and asking someone about the way to get there, it wasn’t long before we saw several old stone houses on our right, surrounded by trees and bushes.

We stopped to park and stepped out on the dry and dusty soil. It was the second day of a very strange weather, with heavy clouds and sand blowing in from the desert all the way in Iraq. They said it was a sandstorm, which was a bit misleading because there was nothing stormy about it, only very sandy! For almost a week, the air brought in so much dust and tiny particles that the entire Lebanon (and Syria, Jordan and parts of Palestine as well) got covered in a layer of pale, chalky dust.

We locked the car behind us, and started to walk along a path lined with barbed wire and dry, sticky bushes. The barbed wire only lasted for a little bit though, and after that it was free to step down on to the site of the old station. 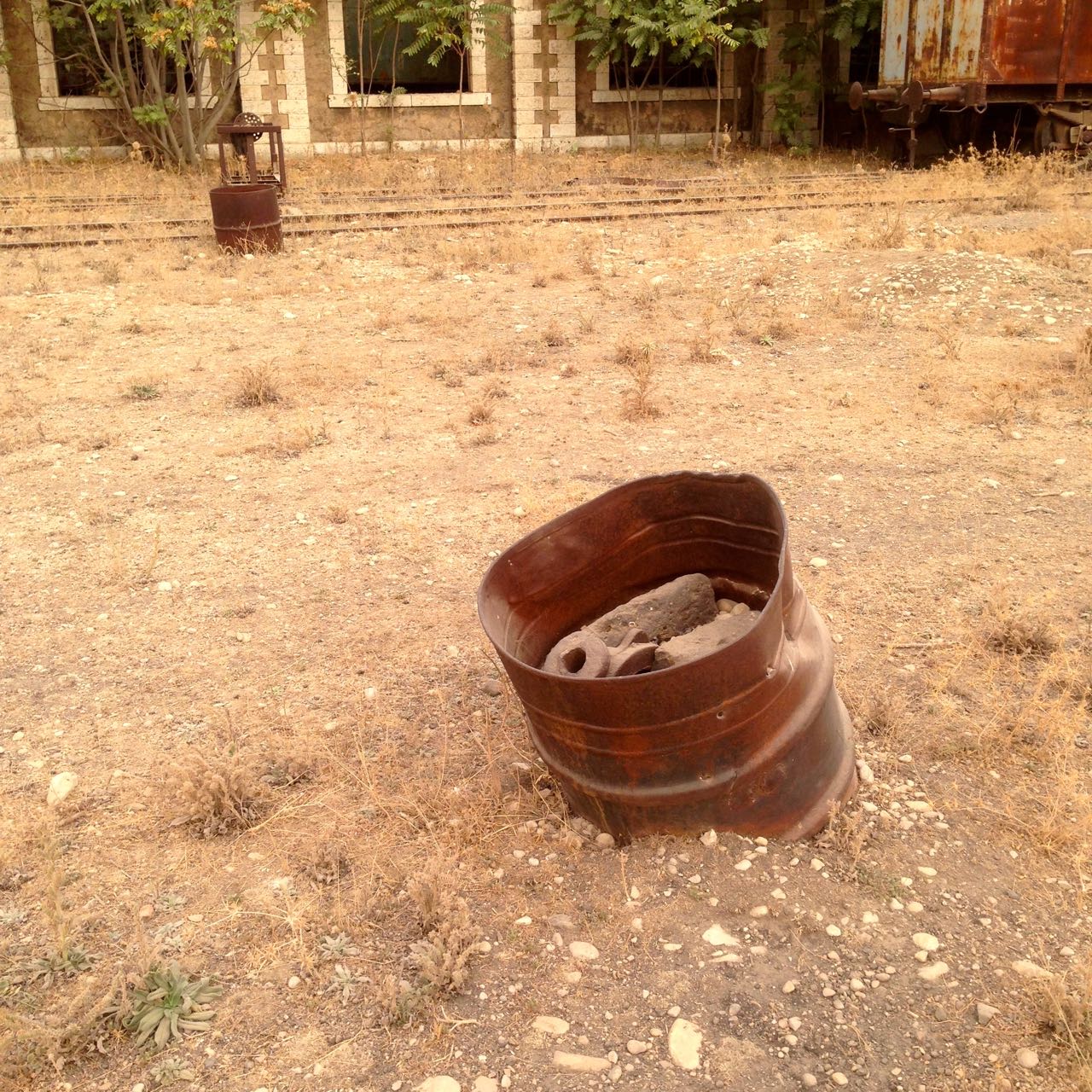 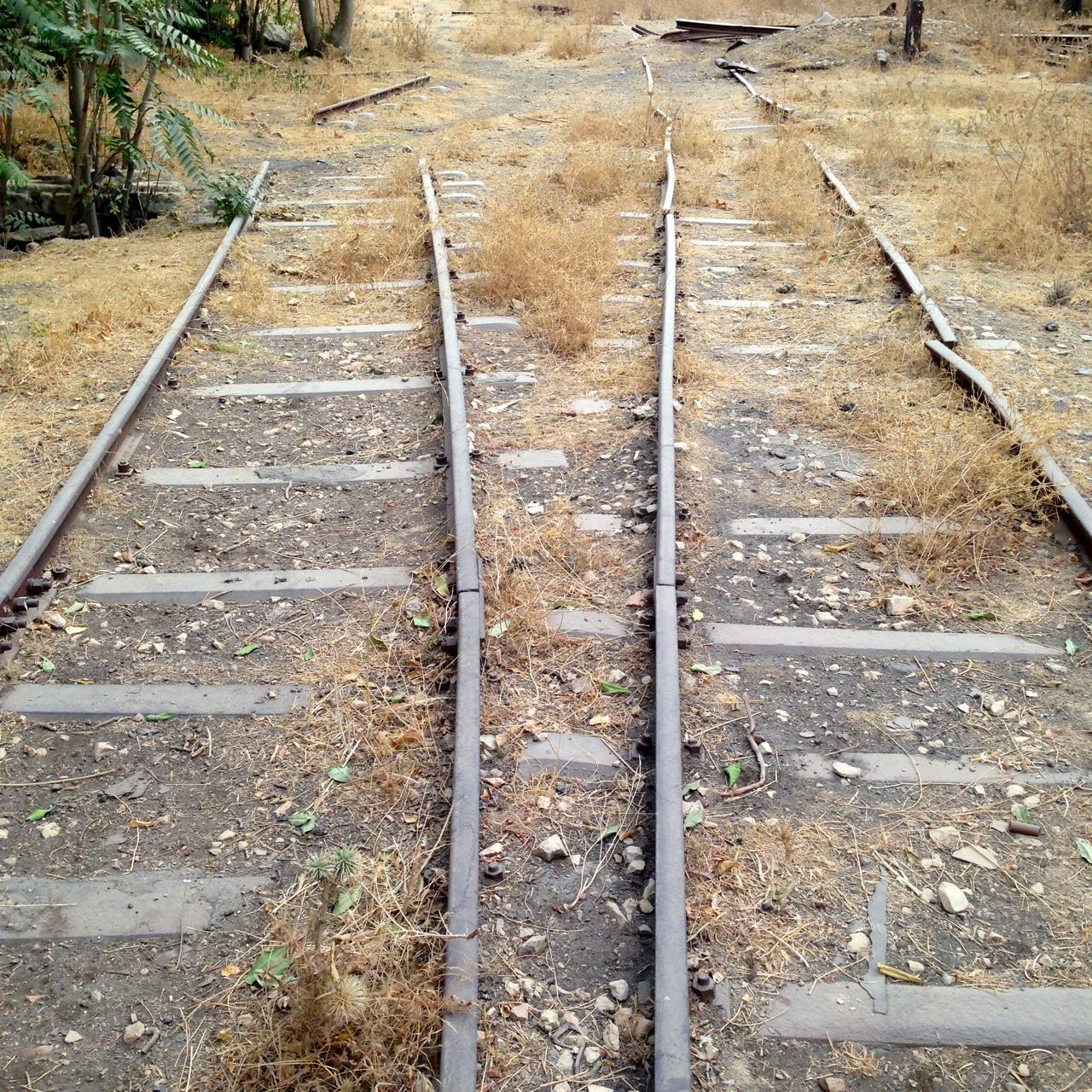 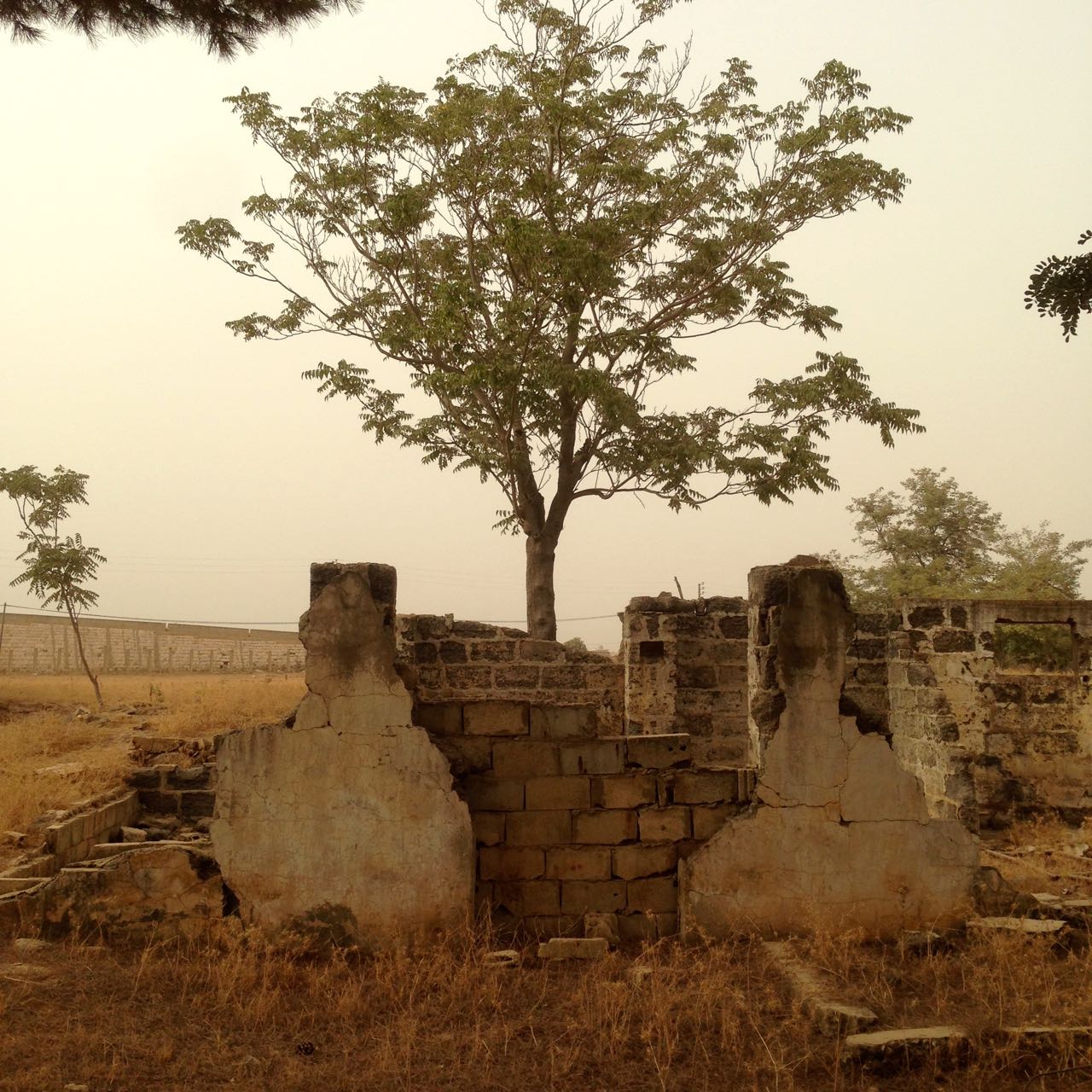 It felt like entering a place that had been frozen in time. The houses were standing silently with holes in their walls and smashed windows; the bigger buildings resembled coulisses, their big gates left forever unshut. Leaves and branches had found their way in everywhere – or their way out, in the cases where trees and bushes had started growing inside. Everywhere you stepped were broken tiles from the roofs and glass from the windows. A left behind shoe here, someone’s forgotten t-shirt there. But apart from that, the area was not littered. It was abandoned, unkept. But not dirty and misused.

Almost four decades has passed since the station was last in use – as you could easily tell. When the last train left from Raya station in 1976, the second year of the Lebanese civil war, it put an end to an era of rail travel in the country. An era that is long gone today, but was proud and forward-looking at its beginning, and lasted for over 80 years.

A dear friend of mine, Sarah Lily Yassine, is a lover of trains and knows just about everything there is to know about the railways of Lebanon and the Middle East. She contributed with a story from the Mar Mikhael station in Beirut to the book we published with Mashallah News last year, Beirut Re-Collected, with stories from the Lebanese capital. In it, she describes how Lebanon’s train story began, with the first train leaving Beirut in 1895. It traveled across the mountains, she writes, before it began escending into the Bekaa, “stopping at Rayak Railway Station and Railway Works, where crowds had gathered in an official celebration to mark the beginning of railway history in the Levant.” From there, she continues, “the railway continued to Damascus, its final destination.” 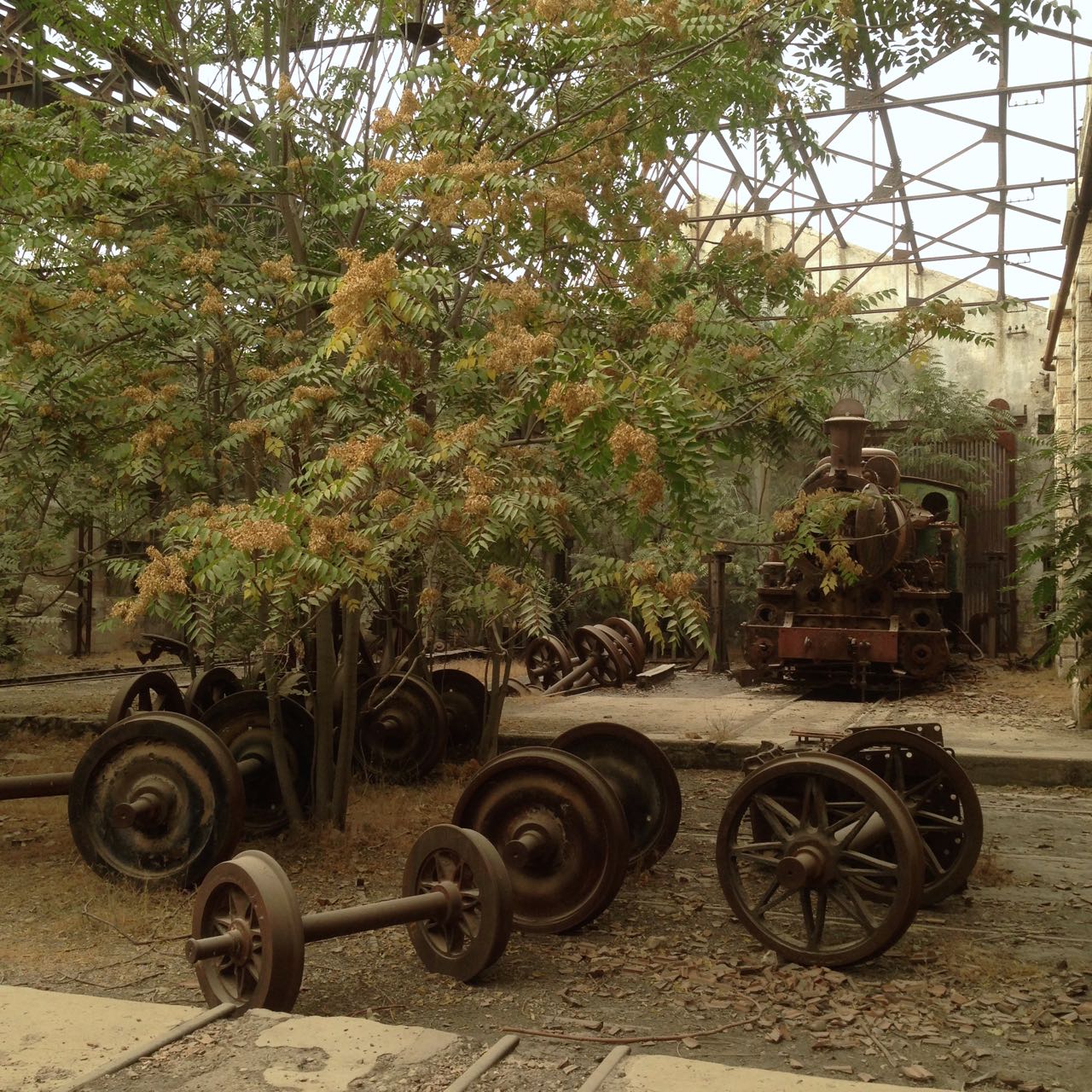 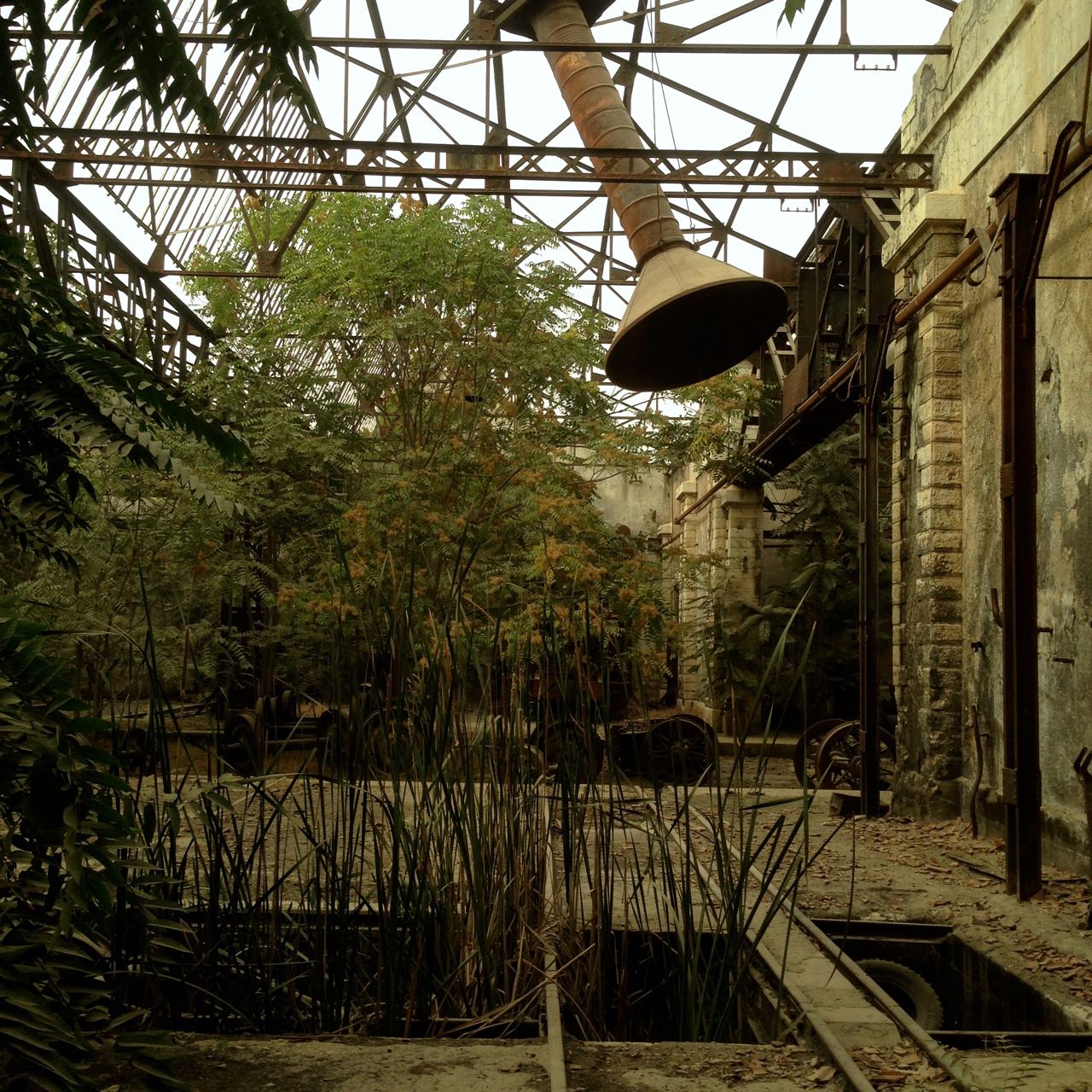 The rails connecting Damascus and Beirut were the result of a French response to a proposed British project that would connect Damascus with Jaffa, a Palestinian city that was to become part of what Britain saw as their mandate. France of course was more interested in developing economical ties with cities in today’s Lebanon, which was under its influence, and therefore embarked on the Lebanese rail project. Had that not happened, Sarah writes, “Beirut would not have acquired the status of the primary port of the northern Levant, ahead of Haifa, Saida and Tripoli.”

The railways in Lebanon kept expanding through the 1930s, when people could take the Orient Express from Paris to Istanbul and from there continue on the Taurus Express, traveling all the way to Tripoli in northern Lebanon. “Between the two world wars, the railways were profitable, with daily passengers and regional freight transport between Beirut and Aleppo, as well as two Beirut-Damascus return trips daily,” writes Sarah. 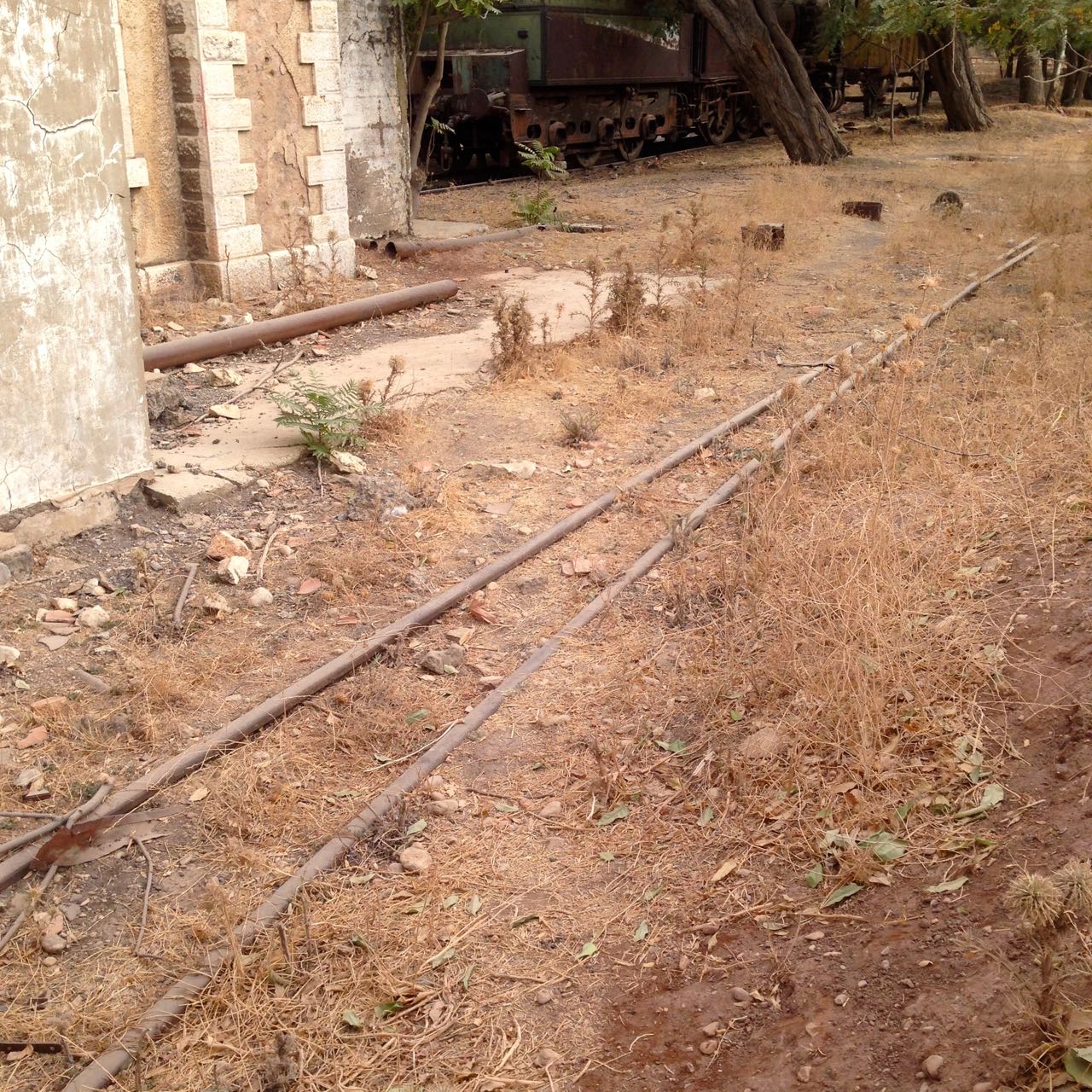 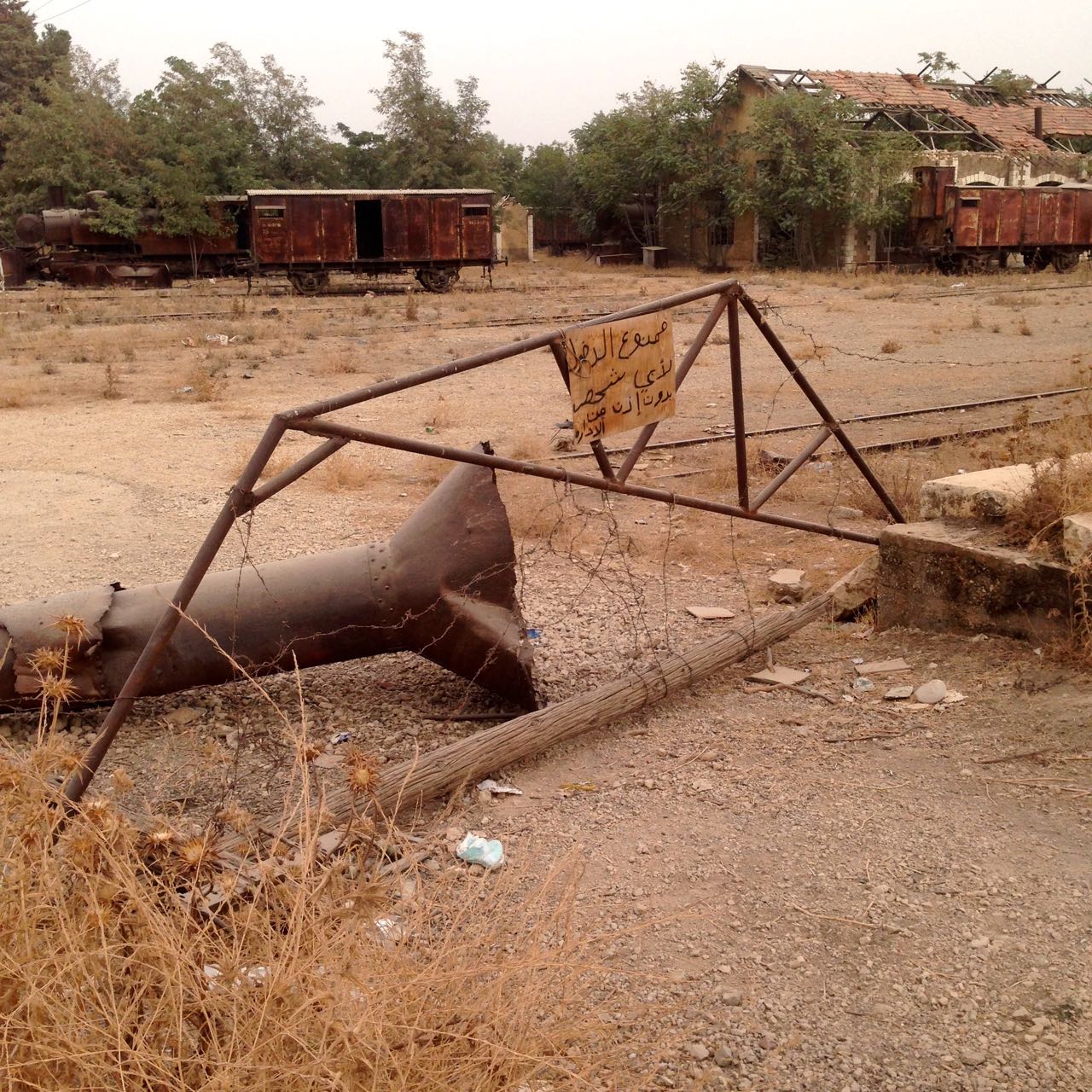 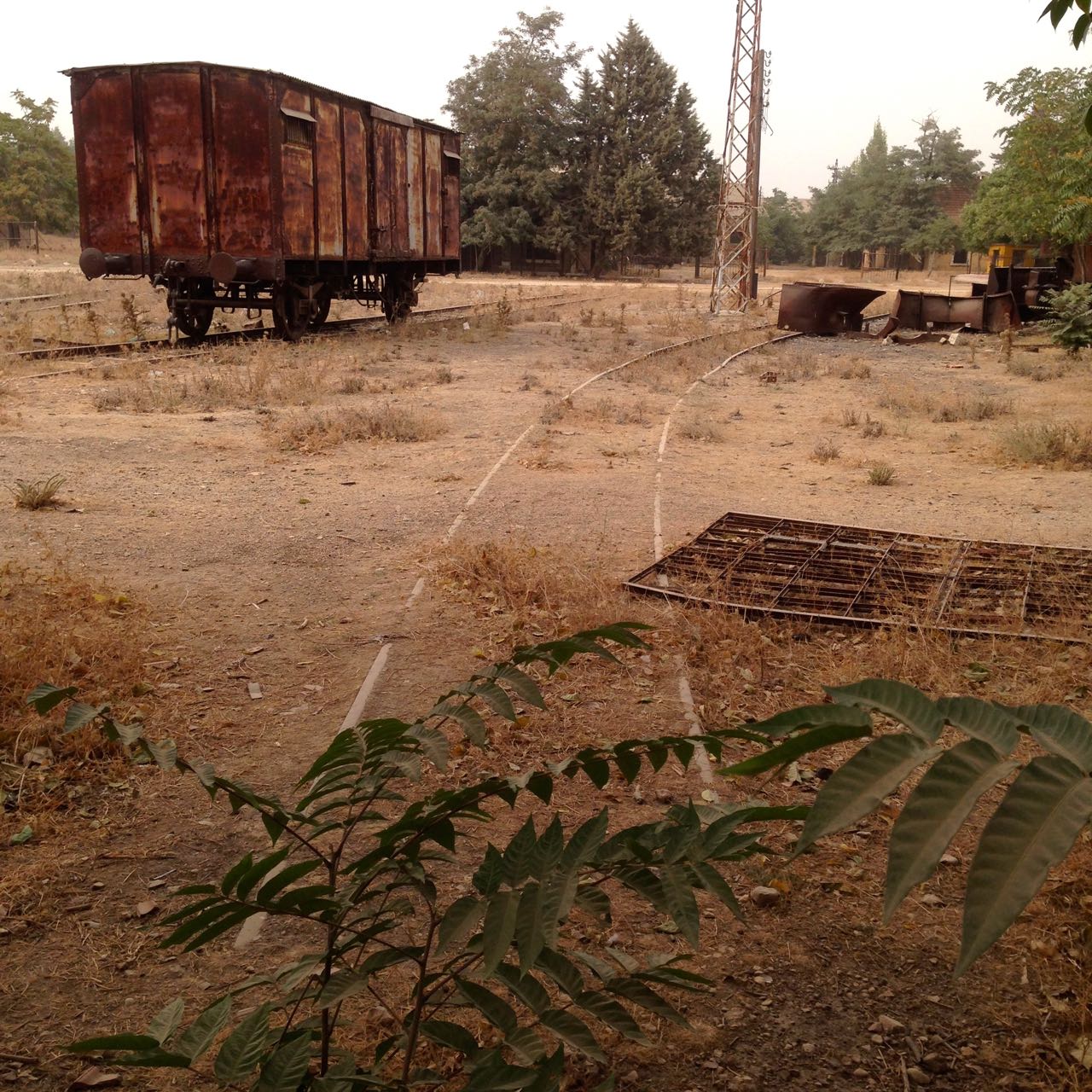 Standing at the station grounds on that dusty afternoon at the end of summer 2015, surrounded by the skeletons of old machinery, rusty trains and heavy locomotives, those days seem far away. Not only because that mode of transportation in Lebanon has become obsolete, but also because Damascus, which is geographically very close, suddenly has become very far. The ongoing war has disrupted many of the long-standing links that bind Syria and Lebanon together: commercial, familial, cultural and economical. The road to Damascus, one I’ve taken so many times and in so many weathers – snowstorm, wintery cold and burning heat – has suddenly been cut off by an invisible barrier. If you’re Syrian, and if you don’t have the money and opportunity to apply for a business/tourism/medical treatment visa (or pay to have the border officers look the other way and let you through), you cannot enter Lebanon any longer. And if you’re Lebanese, without a very specific reason to visit a comparatively “safe” place in Syria, you won’t cross.

On any other day than in the midst of a regional sandstorm, you see the mountains separating Syria and Lebanon clearly. They lie there waiting at the far end of the Bekaa, like a big creature steadily asleep. It’s very much their wavey hills that make the valley look so vast and flat. 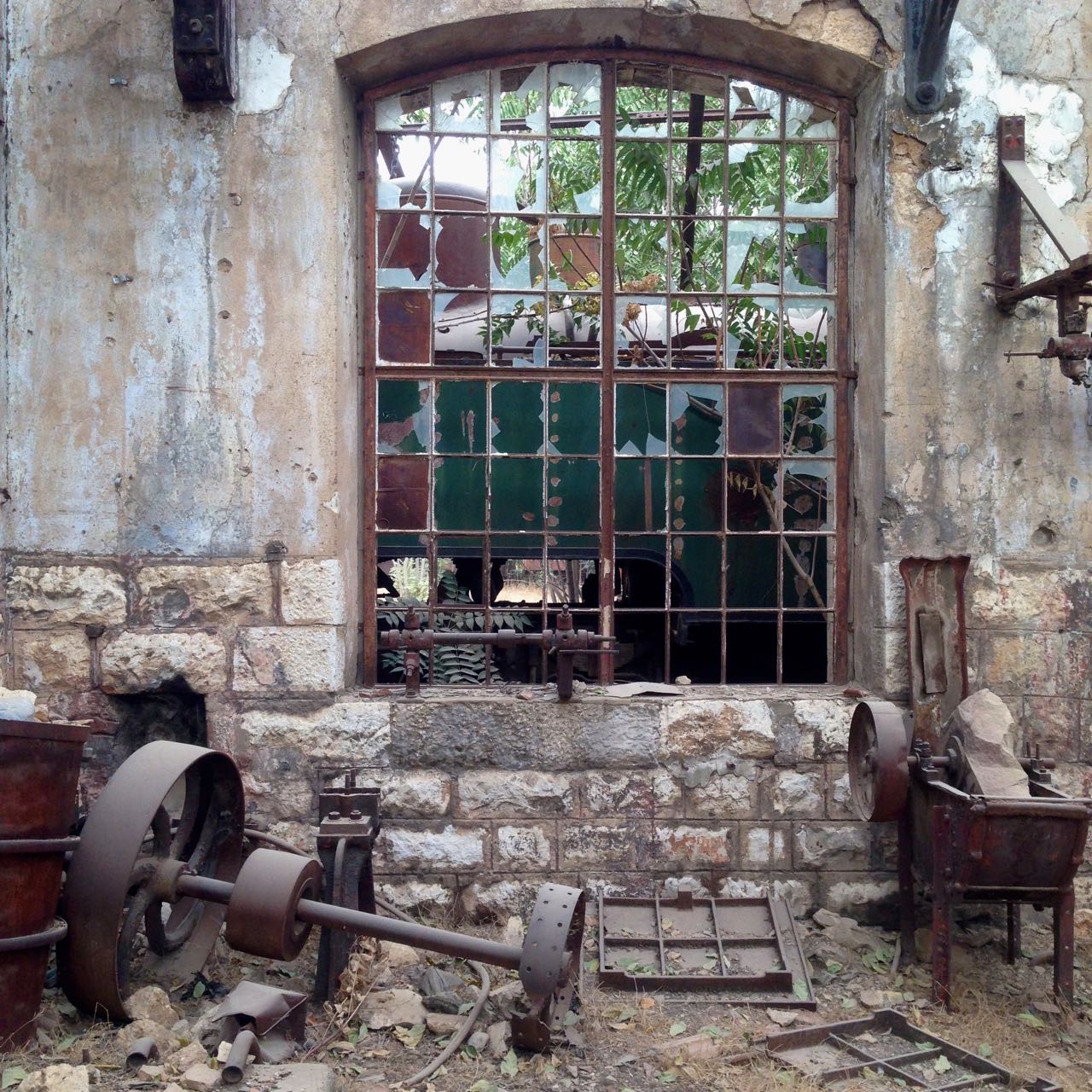 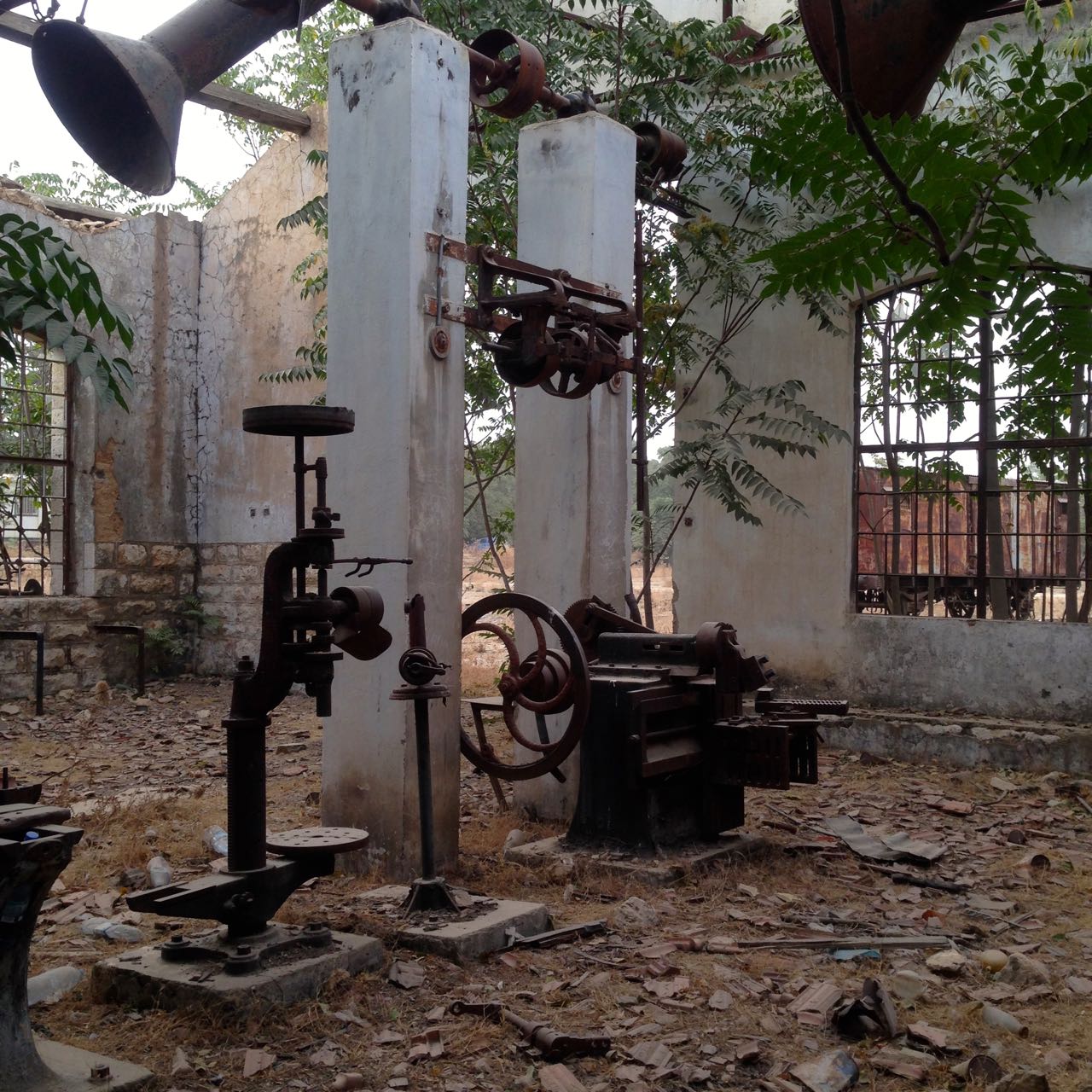 Inside the station grounds, Rayak’s disused tracks and the skeletons of 20th century machinery are long-since overgrown. Messages have been scribbled on the wagon doors, and here and there on the station building walls. Many of them speak of things that happened long ago, romances that have past or faded away. The forgotten shoes on the ground, no one knows how long they’ve been without their other part.

This abandonness is representative of how we choose to build and connect our cities today, with our infrastructure centred around cars and a commuting that is individual and compartmentalised instead of shared. Lebanese cities are more car-heavy than many others – following Bahrain, Qatar and Kuwait, Lebanon has more cars per capita than any other country in the Middle East, with 434 vehicles per 1000 people. Egypt, in comparison, has 45; Syria 73 and Jordan 165.

All of these are things that come to mind when walking around the station in Rayak. It is not only a station actually, but an old factory as well. When it was opened, the population of Rayak rose from 100 to around 3000 as workers came from Palestine, Syria and villages in the Lebanese mountains to assemble the trains. The factory machinery came from even farther away: Switzerland, Germany, France, Poland and Czechoslovakia. 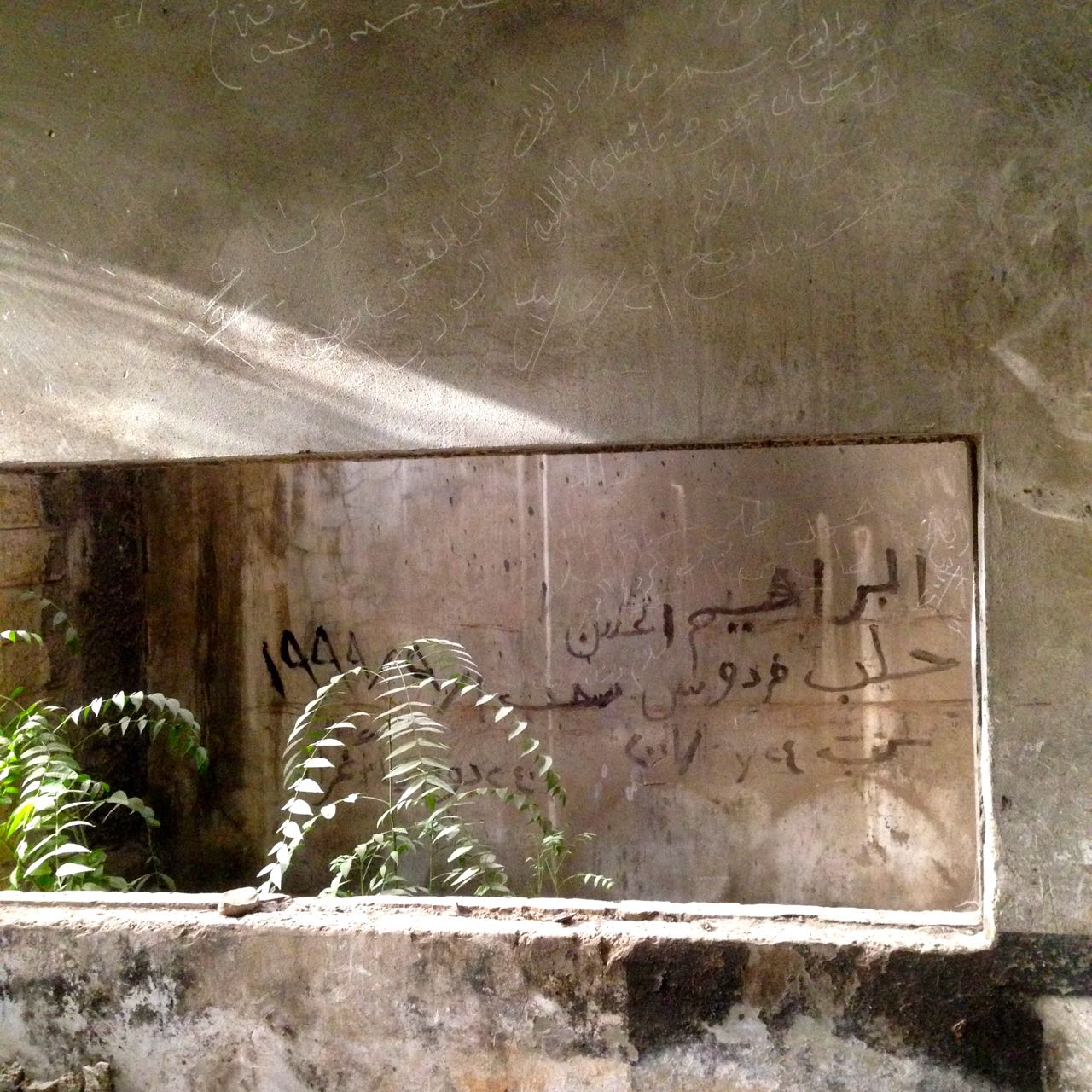 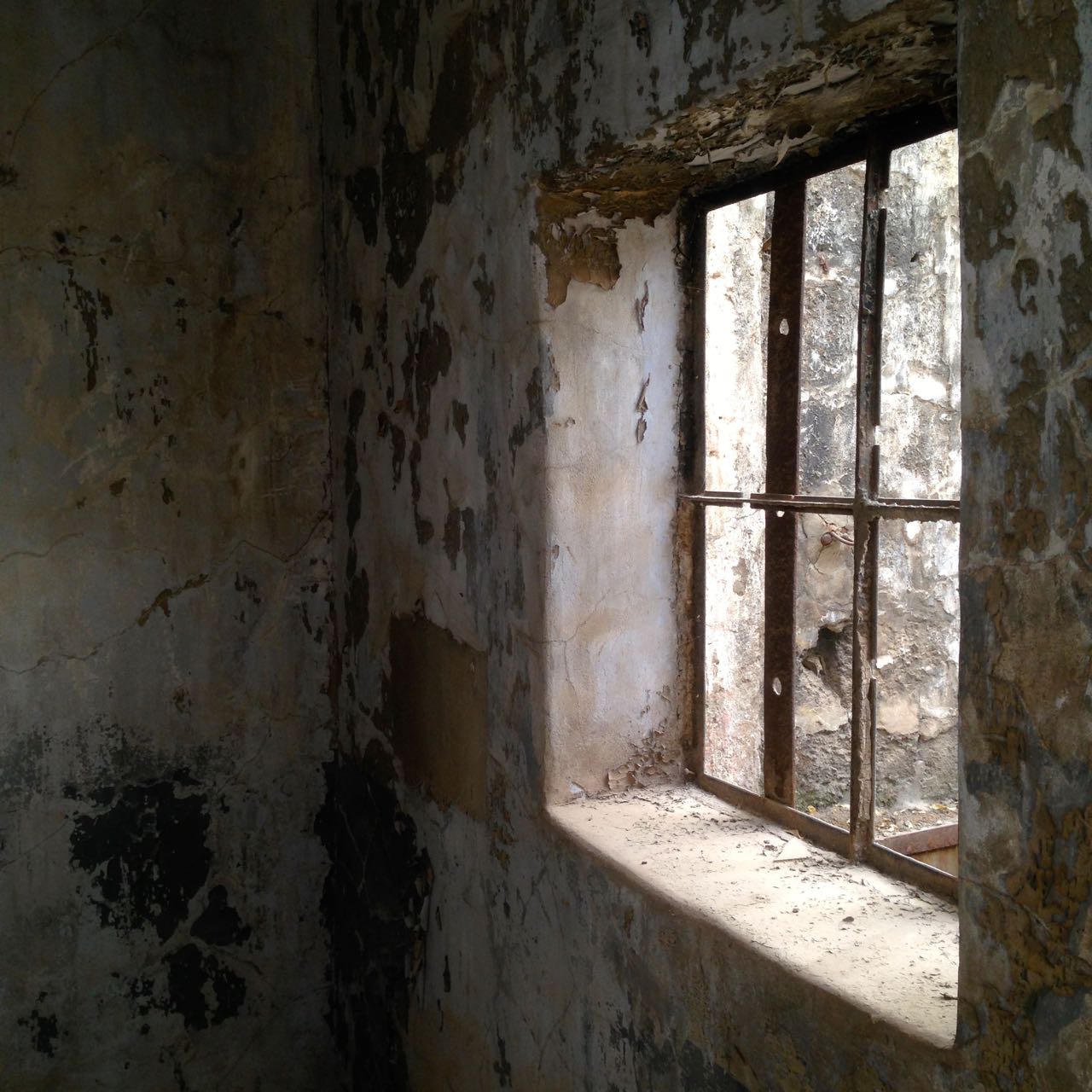 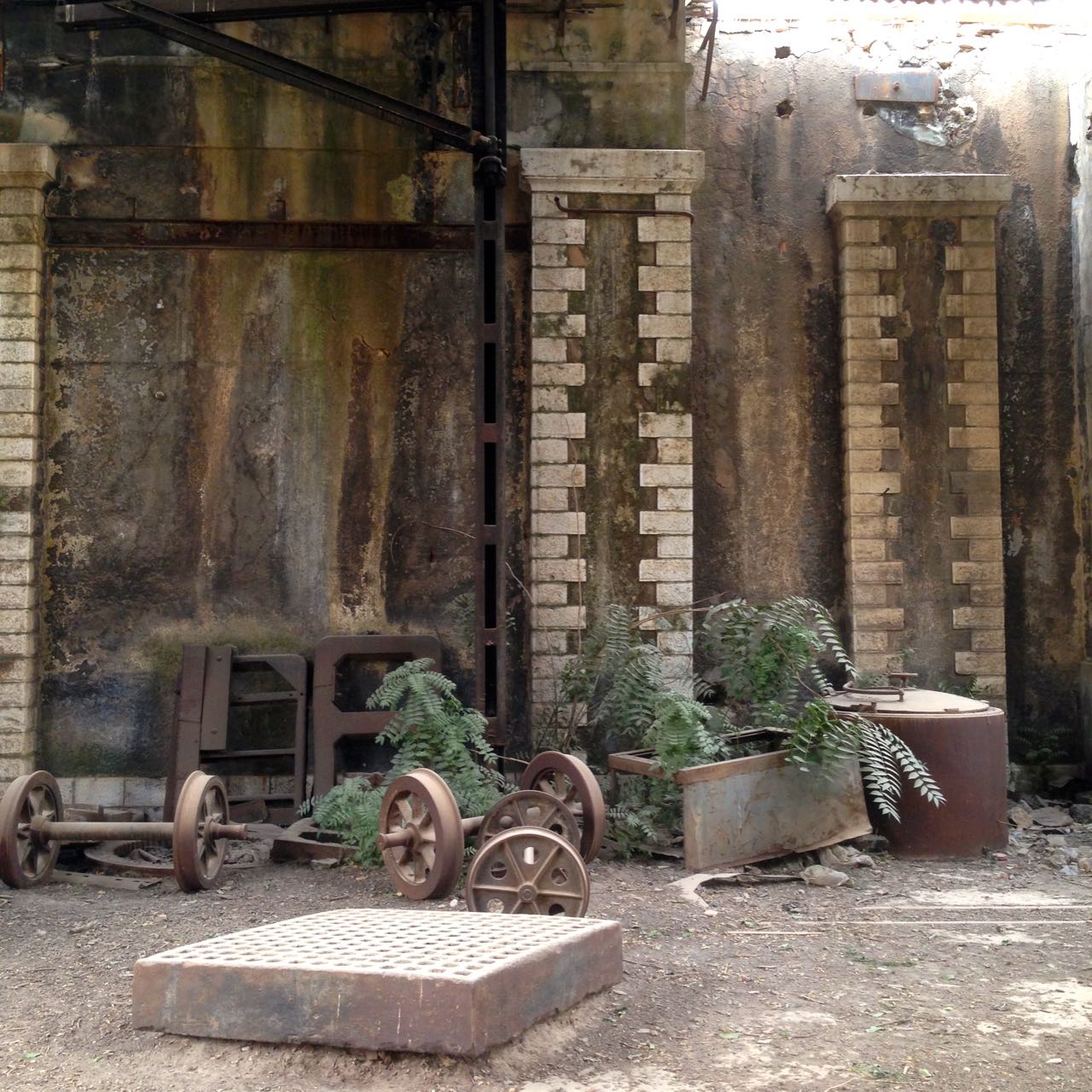 Even though all activity has stopped, the place, once full of life, is still around. But few believe that the railway could actually be revived. A few years ago, when someone looked at opening a link between Beirut and Tabarja on the northern coast, costs were estimated to about $250 million. Across Lebanon, most tracks are in very bad, often non-existent, shape. Citizen groups have used the sites for other things instead: a traveling theatre group set up plays and brought kids to the stations a few years ago; filmmaker Zeina Haddad did On the rails, a documentary about three former train employees – and the station in Mar Mikhael has now been turned into an outdoors bar and events space.

So the tracks in Rayak (those who are left) will take you nowhere today. It didn’t take long after the station was disabandoned until it became a war-time military base – just like hotels, beach resorts and private homes all across Lebanon. The Syrian army, which entered the Lebanese civil war early on, continued to use Rayak station until 2o06, when its occupation of Lebanon ended.

That afternoon, among the trains and buildings covered with dust and with small cuts on my legs from the spiny bushes and thorns, it was a bit like the past got in touch with the future. A past, where trains traveled from place to place with people who got on and off, telling a future that: Hey, this is the way! We should start riding together again! 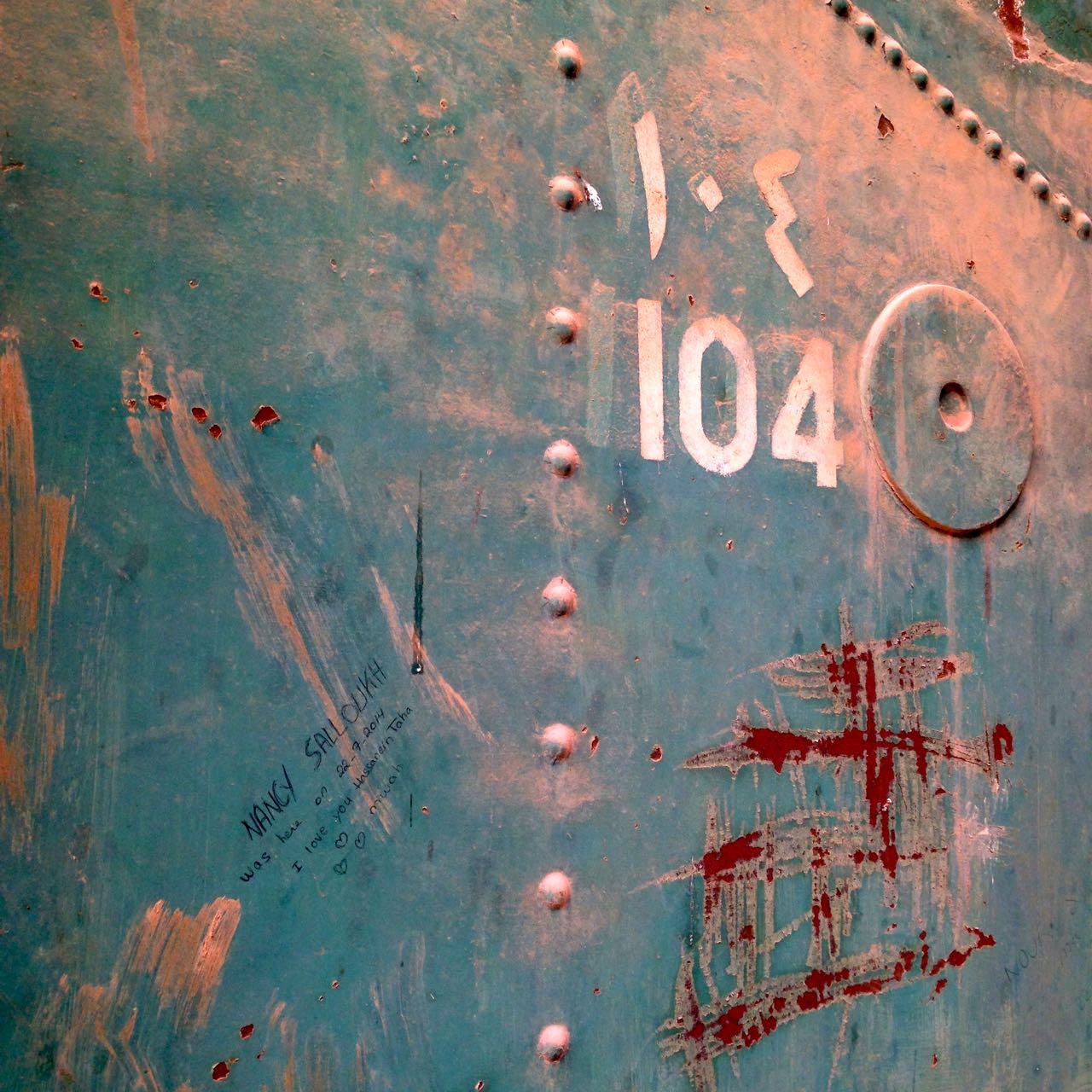 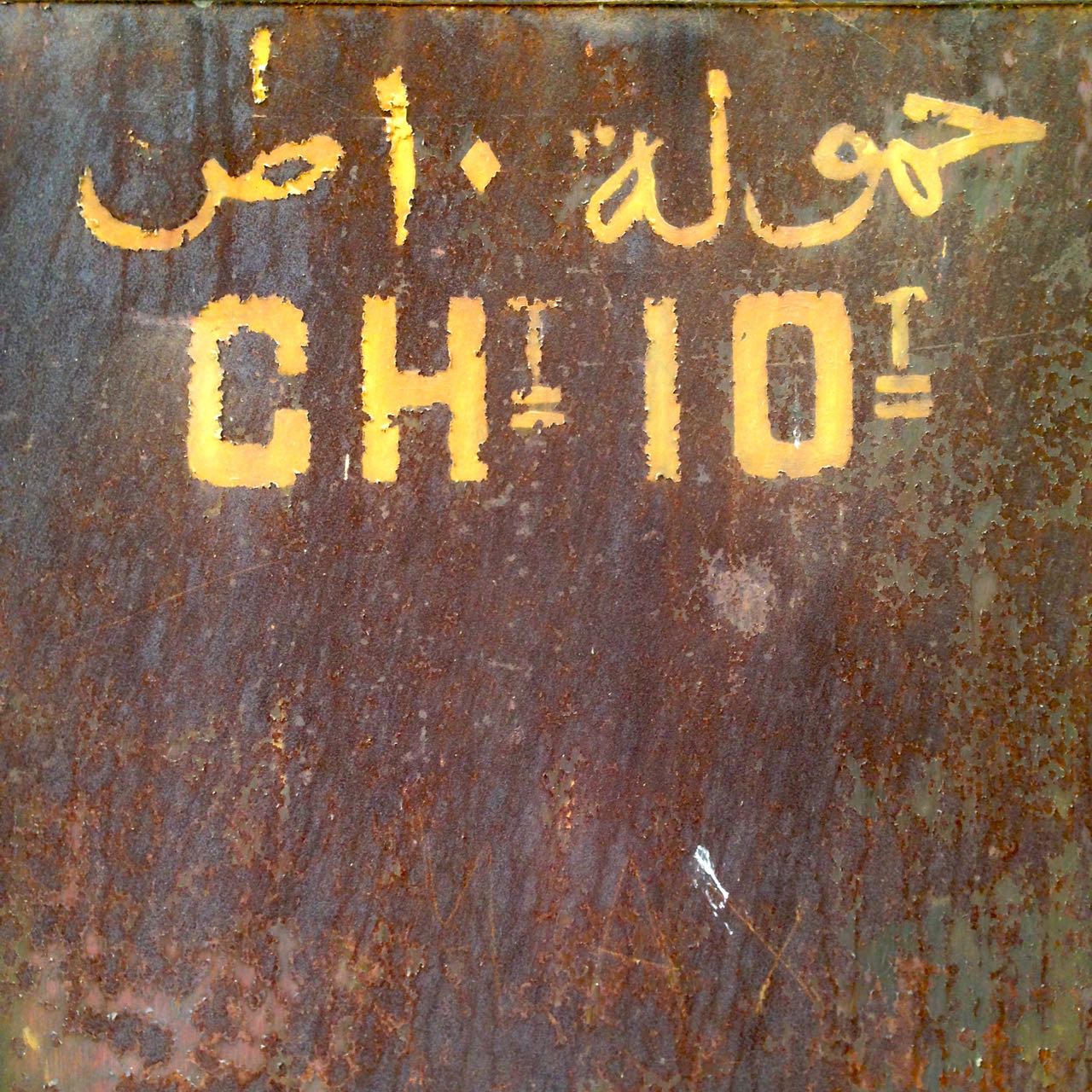