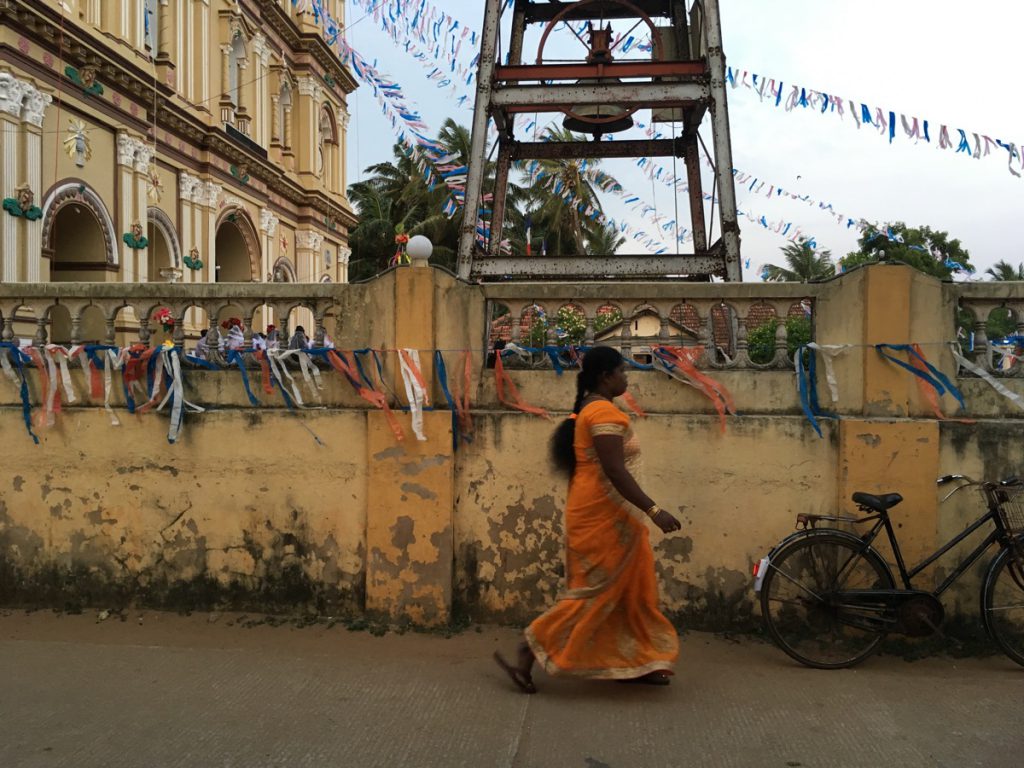 On the morning of the 13th, it was December and there was a breeze in the morning, people had already been up and gotten ready, put on new and crisp and clean-washed clothes, perhaps just purchased the day before and not yet worn only tried on. A line, a trickle, was forming on the quiet morning streets just outside the center of Mannar town, the main city on Mannar Island, a the largest island belonging to Sri Lanka. Families stepped out from their homes, walked out on the streets leading eastward, towards the seashores on the eastern side.

Mannar town has water on both sides. There are fish painted on the walls of churches, fish decorating the metal gates of houses.

In the early afternoons, you buy fish from the fishers on the side of the road, and bring it home in plastic bags.

The streets of the town lead down to the water, and one of them continues straight ahead, perhaps 20 kilometres or 30, until reaching the far end of the island and the “bridge of Ram”, the Hindu God; a string of stones sticking up from the water which once, in far far history, formed an actual bridge on which you could cross over to India.

On the morning of the 13th, families walked the streets leading eastward. Small kids were carried by their parents, their new (glittery? sometimes) shoes dangling from their arms.

The streets joined; the road then led in among small, one-floor houses. When it ended, they had arrived at St Lucia’s Church. 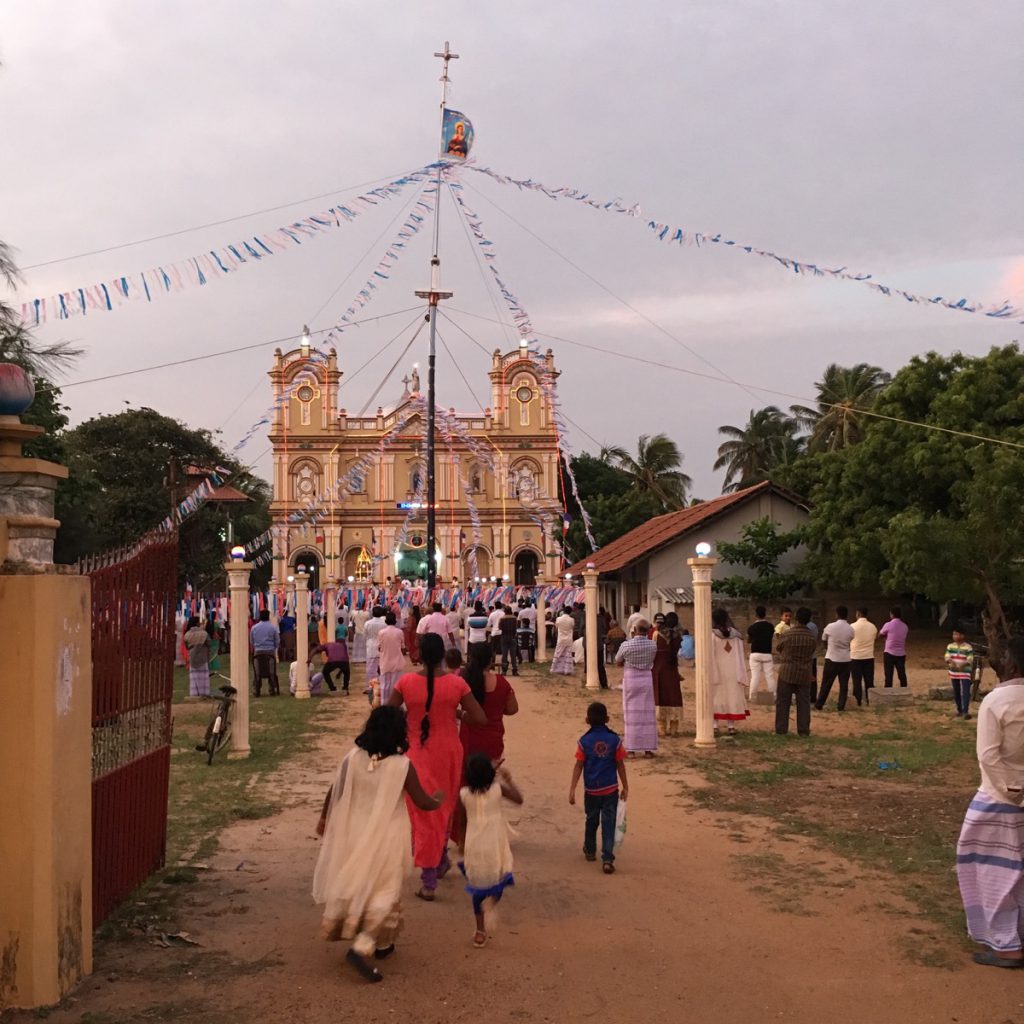 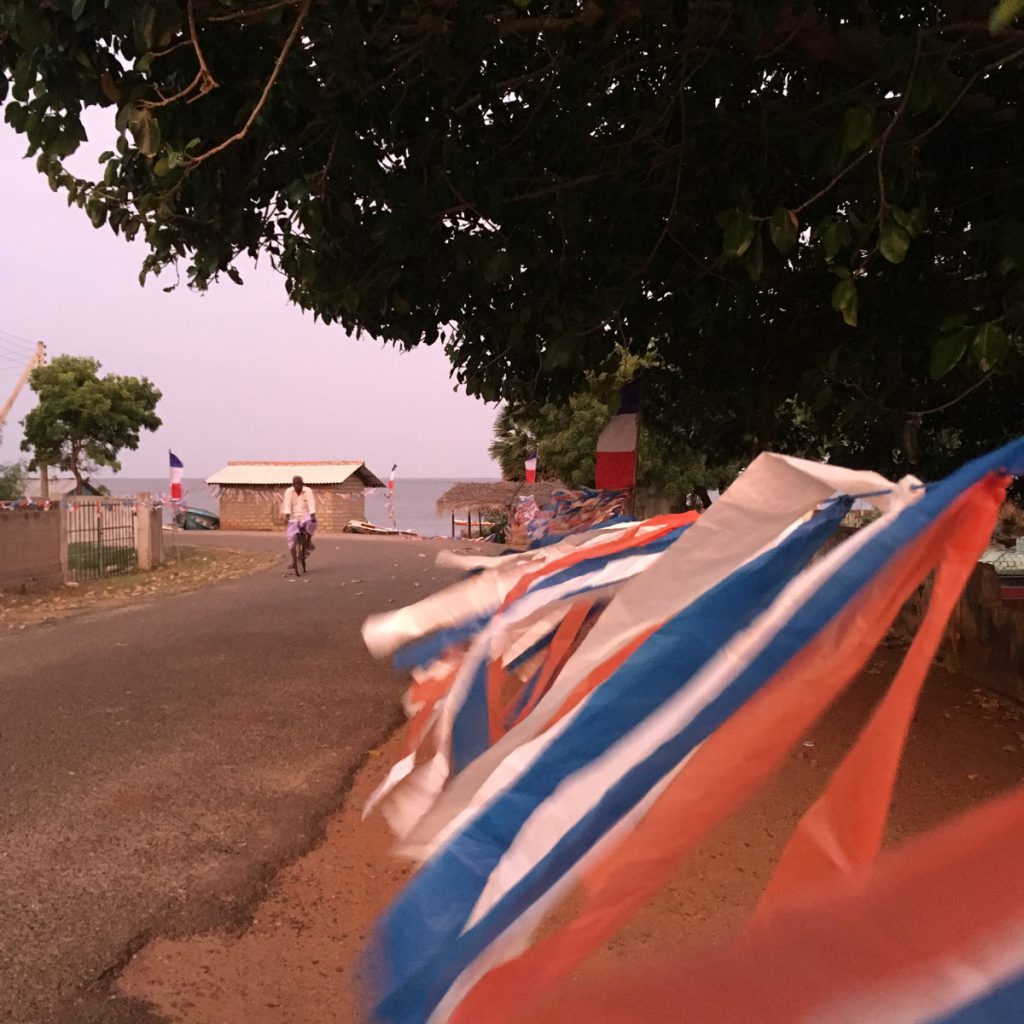 St Lucia’s Church is a fisher people’s church. The breeze from the sea strikes across St Lucia’s Church first of all, before even making its way in among the houses. The boats laid to wait on the shore can be seen from inside (perhaps that was the intention; for the fishers to keep an eye on them during mass).

At the cemetery, they decorate the simple graves with white shells.

The crows, which flock not only by the sea of course but still prefer the bountiful envirnments of fishing villages over any other, fly low over the church. The way they navigate – these are their skies.

People walk in through the gates, or the smaller doors on the sides. Those who didn’t come walking park their bikes outside the church (the “pushbikes”, which are normal bicycles, or the “bikes”, which are scooters of different kinds; these days, after the war, they have beomce available and affordable and therefore immensely popular in northern Sri Lanka – families, who all of a sudden can invest in a motorised vehicle instead of relying on bicycles, get into indebtedness from buying them, and also, but that’s on a side note, from rebuilding their homes from the destruction of the war, and from just trying to survive and get by as prices across the north, with the opening of roads that were previously closed and introduction of goods that were previously not brought in, have become much higher).

The red and blue and white plastic straps, which decorate the streets, flutter in the wind. The plastic sounds soft.

A white fishing net hangs across the wall of a nearby house. Someone is talking inside (not everyone, in the end, has gone to church).

The kids seated at the front, with white clothes and head coverings and dressed in children-sized priest capes, sing; the soft sound of their voices, like that of the fluttering plastic, is carried off with the wind.

Actually, the church, the way it’s set under a big sky, the way it’s providing safety (it often did, in a very real sense, during the fighting in the Sri Lankan war) to a community of fishers, resembles a ship. 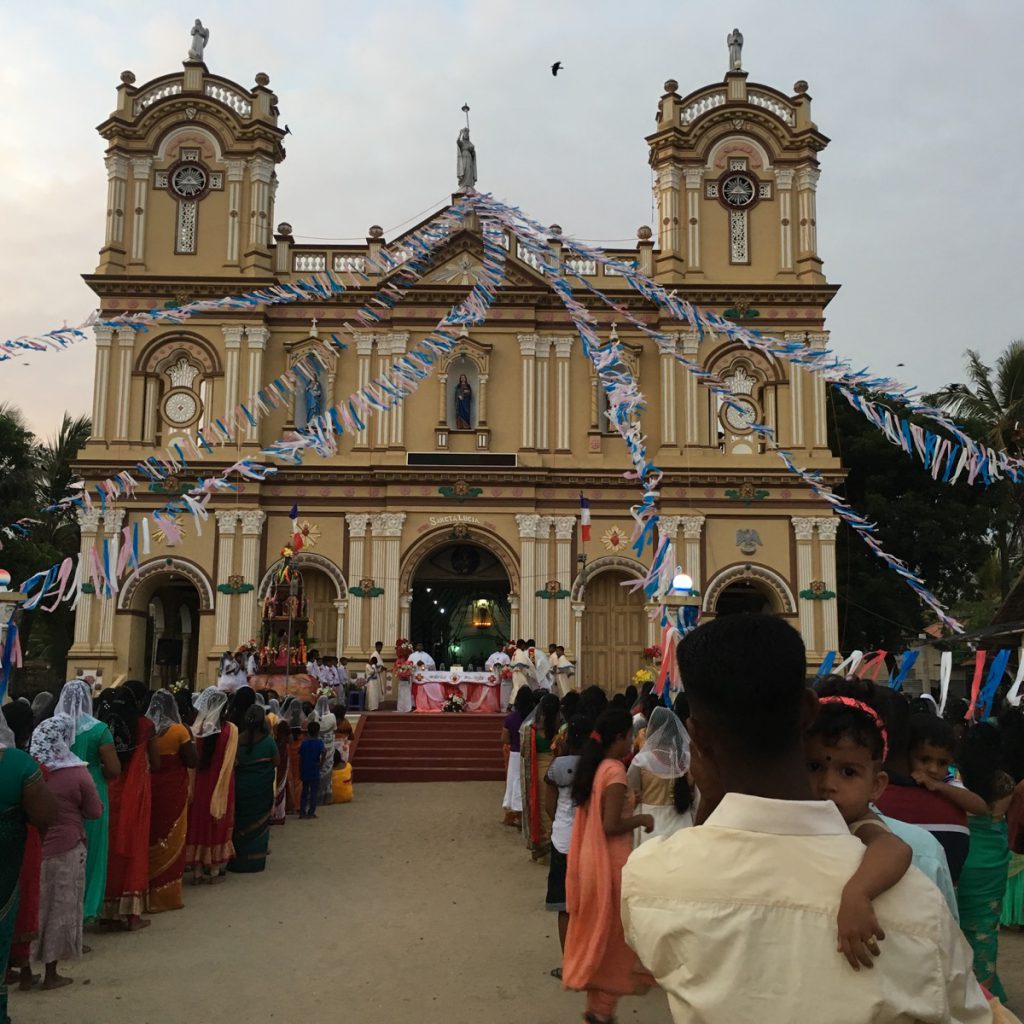 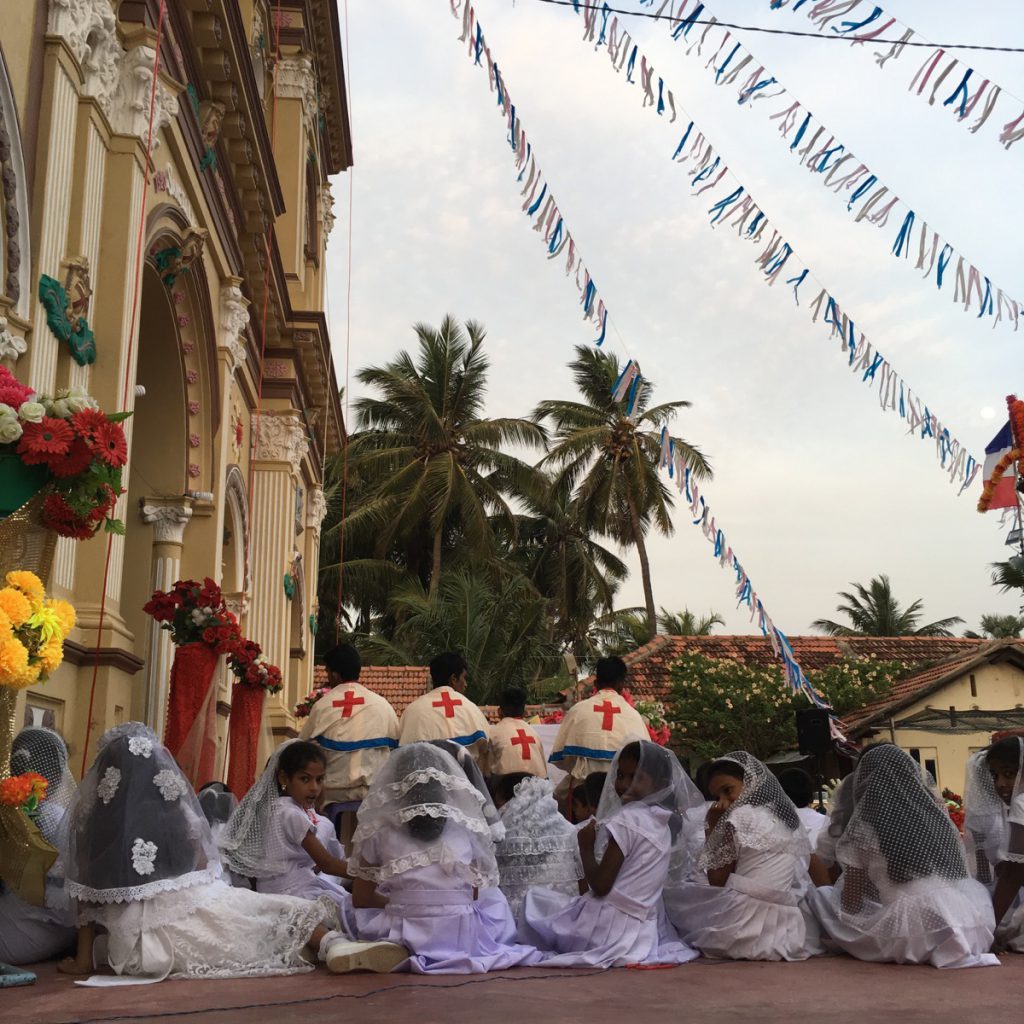