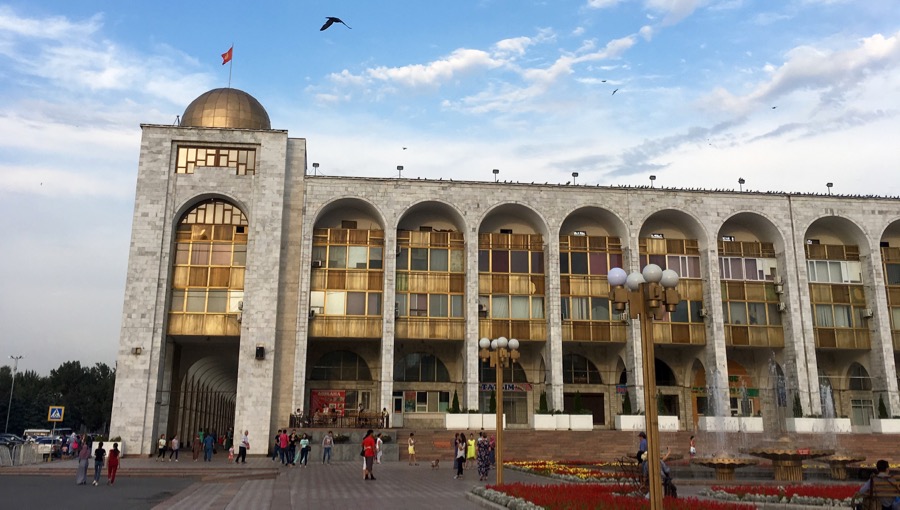 Bishkek in the summer heat

When the Kara-Kirghiz Autonomous Oblast (the name used for the different regions incorporated in the Soviet Union) was established in 1925, Bishkek – at the time called “Pishpek”, then one year later named “Frunze” – became its capital. The city has since been the political center for the Kyrgyz people, as well as the many Russian, Uzbek and other populations who also live in the area that is now Kyrgyzstan, and has become a place where many great and diverse socio-historical moments meet and converge, just like in the other, former USSR, Central Asian states (Tajikistan, Uzbekistan, Kazakhstan and Turkmenistan). Bishkek has many Soviet remains, not least in its infrastructure and architecture, but also influences from China (food, endless amounts of goods and items for sale) and the Islamic world (even though people here on the whole are taking religion easier than in many neighbouring countries).

The city has a long avenue running from east to west, starting where the big Osh Bazaar spreads out across an entire neighbourhood, and ending in an industrial area where Bishkek’s large water treatment facilities are. The street is lined with towering, impressive buildings – the City Hall, Philharmonic Hall, the Parliament building and State History Museum. In the evenings, families fill the open Ana-Too square, where red and yellow flowers are planted on each side of a rectangular fountain, popular for kids to swim in! There are parks and tree-lined avenues, and restarants serving samosas (with meat), the Central Asian version of the rice-cooked-in-broth dish also known as pilaf/pilaou which can be found and loved literally all across the world (here, cooked with meat), shahslik (barbecued meat) or different kinds of soups (with meat). Not a place to celebrate for people who only eat plants! Although, amazingly enough and most welcome for anyone who has lived mainly on bread and the various Korean salads that are sold in Central Asian bazaars, there is a new vegetarian/vegan restaurant in Bishkek. It is called Экодемия or “Ecodemia” and has a long, extensive menu with no meat in sight. It is on Frunze street, on the eastern side of town, and you have to go inside the big Dostuk hotel because the restaurant is inside, on the first floor. 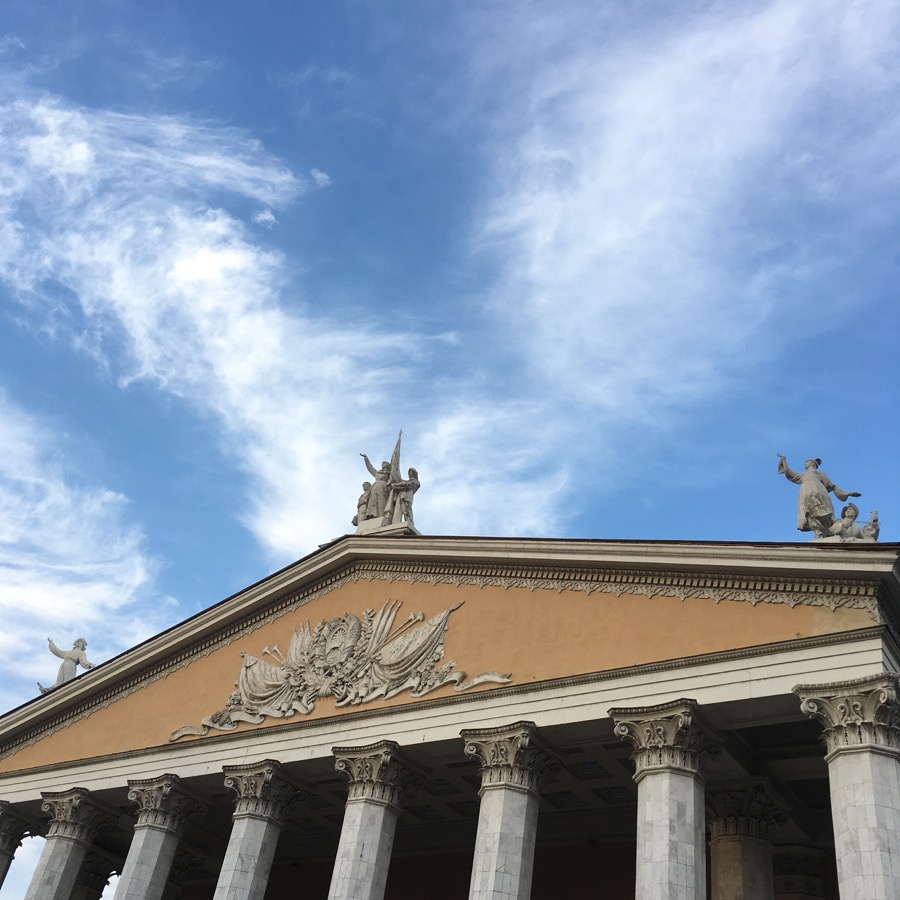 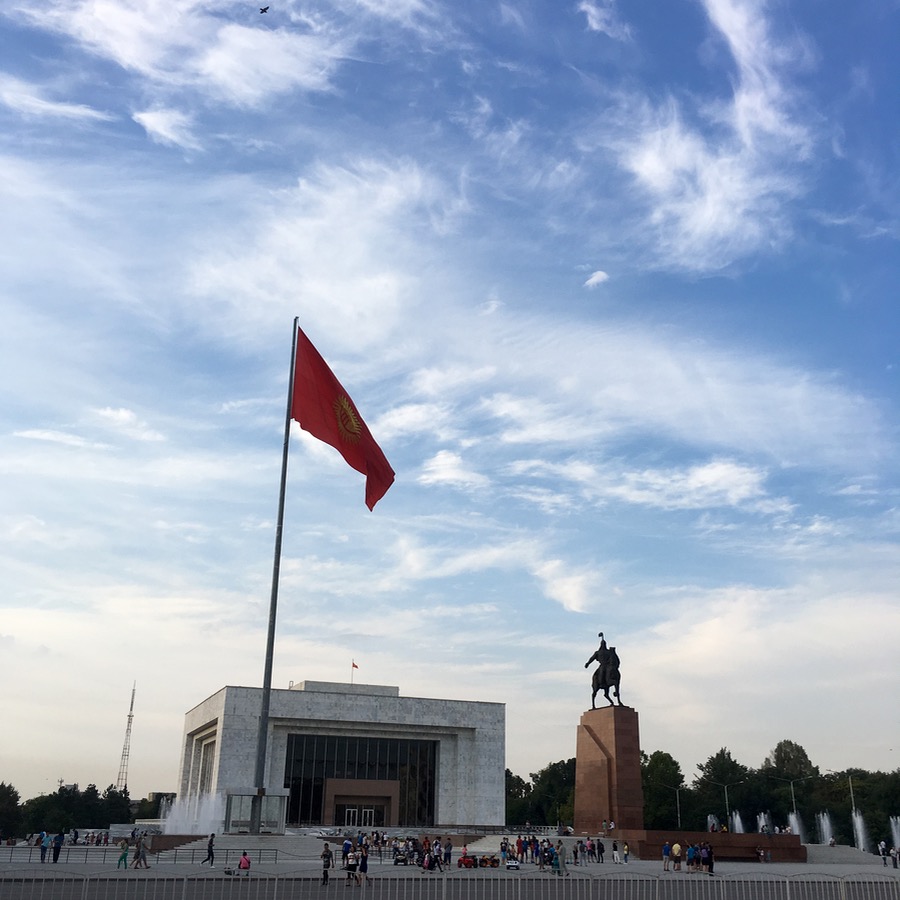 The Opera House to the left; the State History Museum, which sadly enough was closed for renovation which meant impossible to enter and see the large Soviet-era roof paintings inside, to the right. 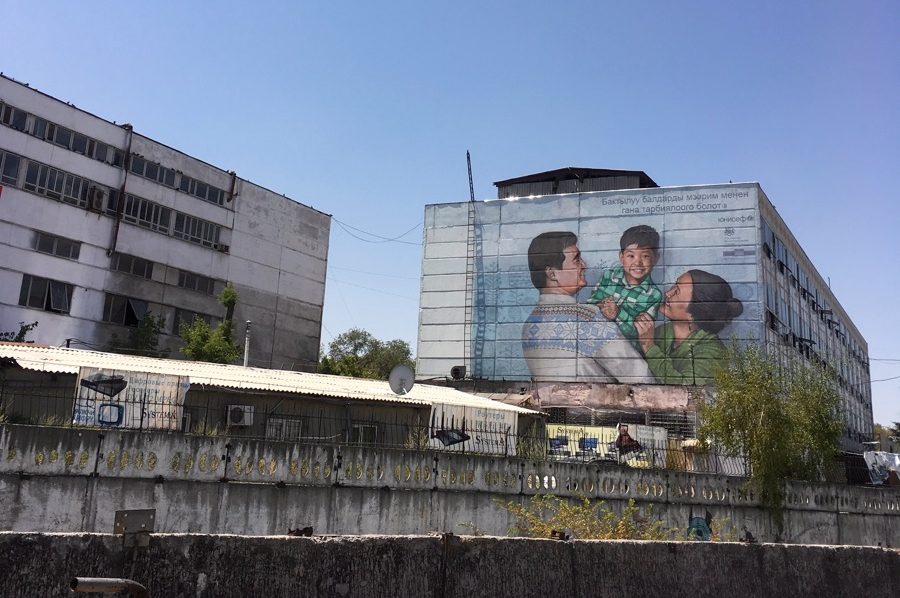 This painting, not from the Soviet era at all, is not hidden inside a museum but painted on a house nearby the Osh market. 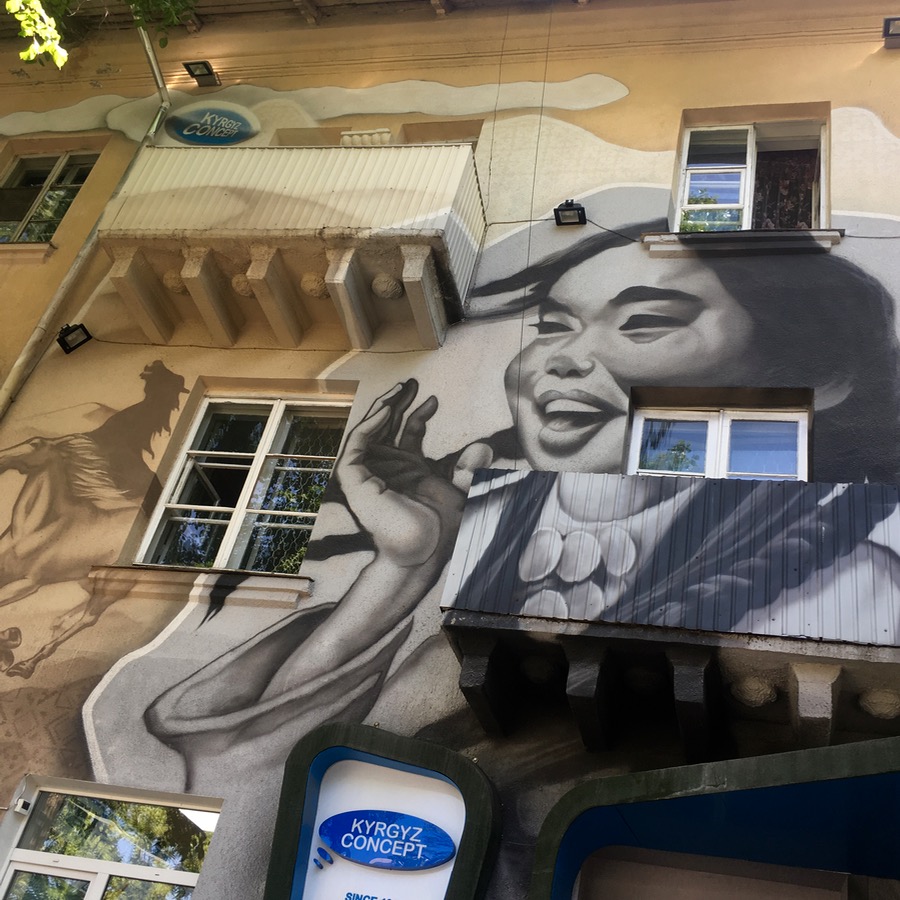 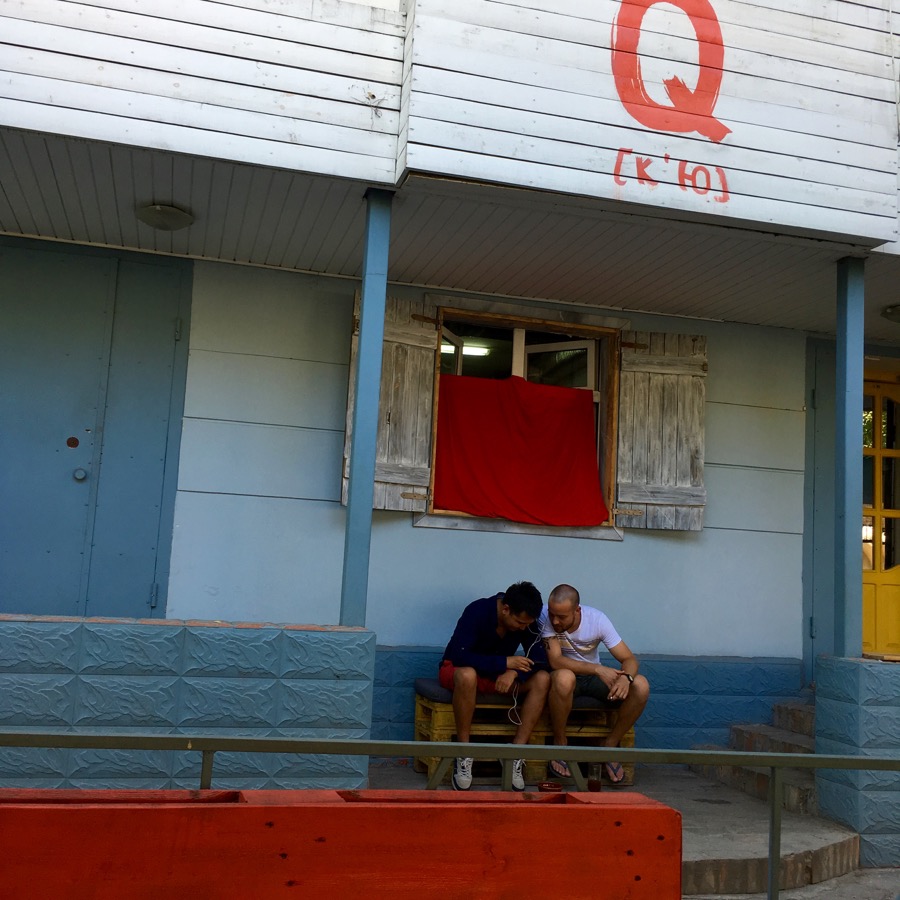 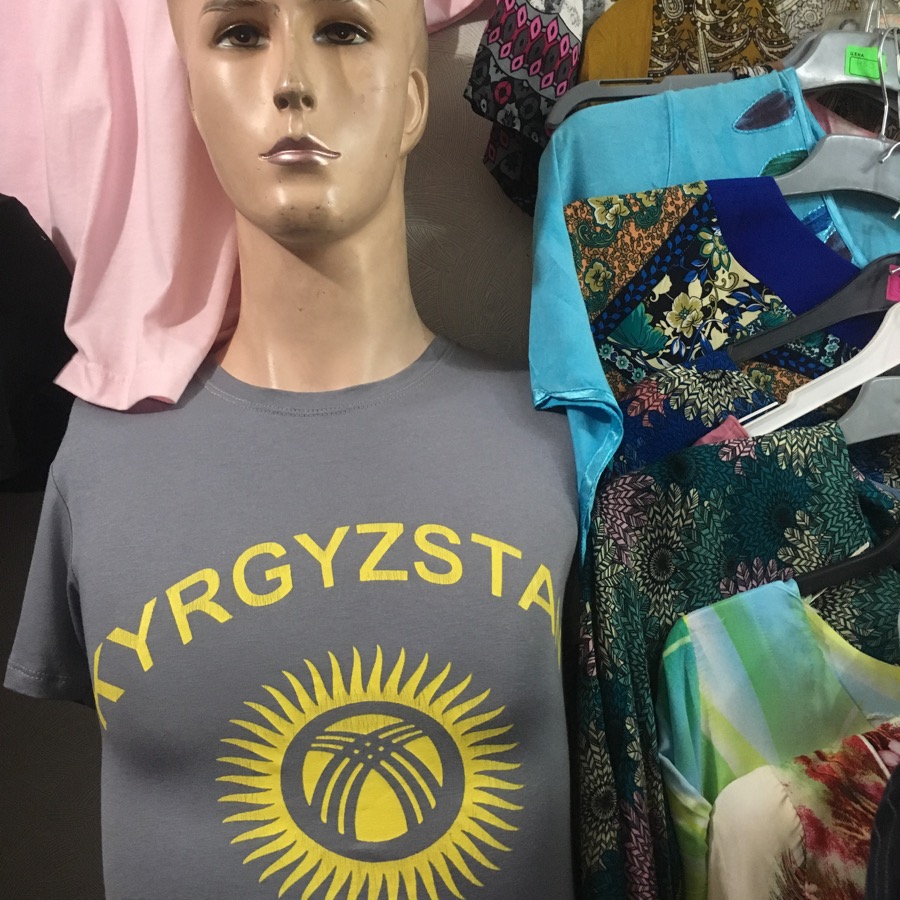 Another street art piece, not far from the hip and friendly Q coffee just off the main Chuy Avenue (middle image), and a t-shirt sporting the flag of Kyrgyzstan, with a sun embracing the symbol of the yurt, the nomadic tent. 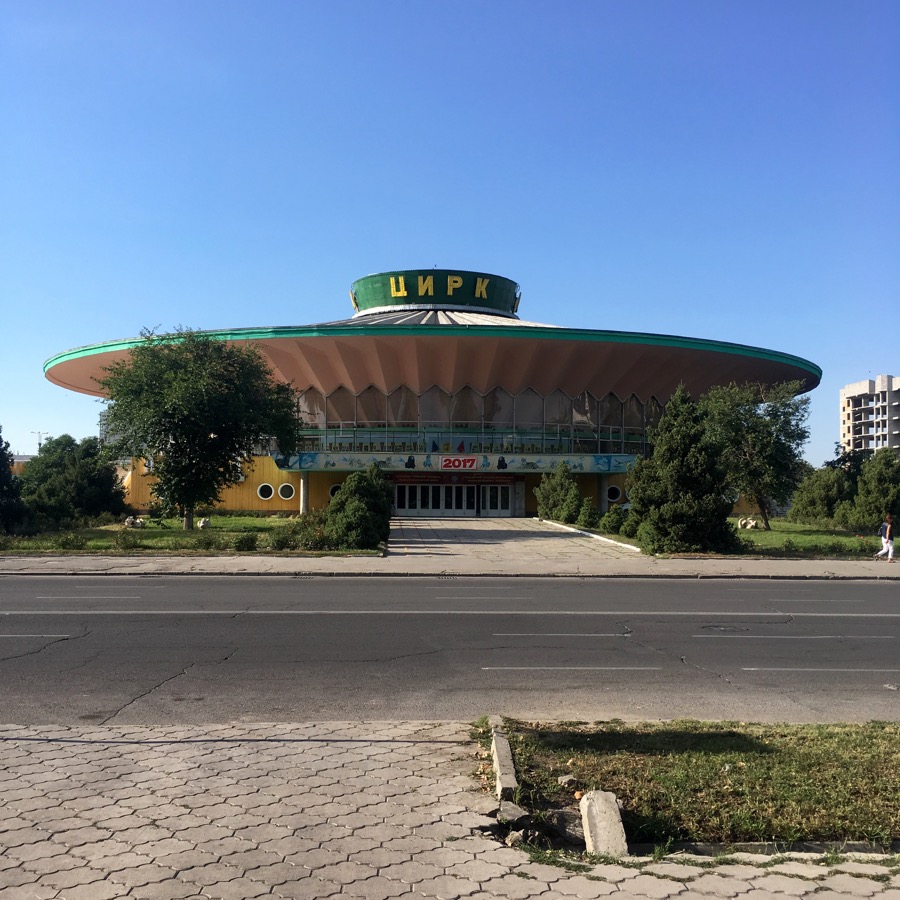 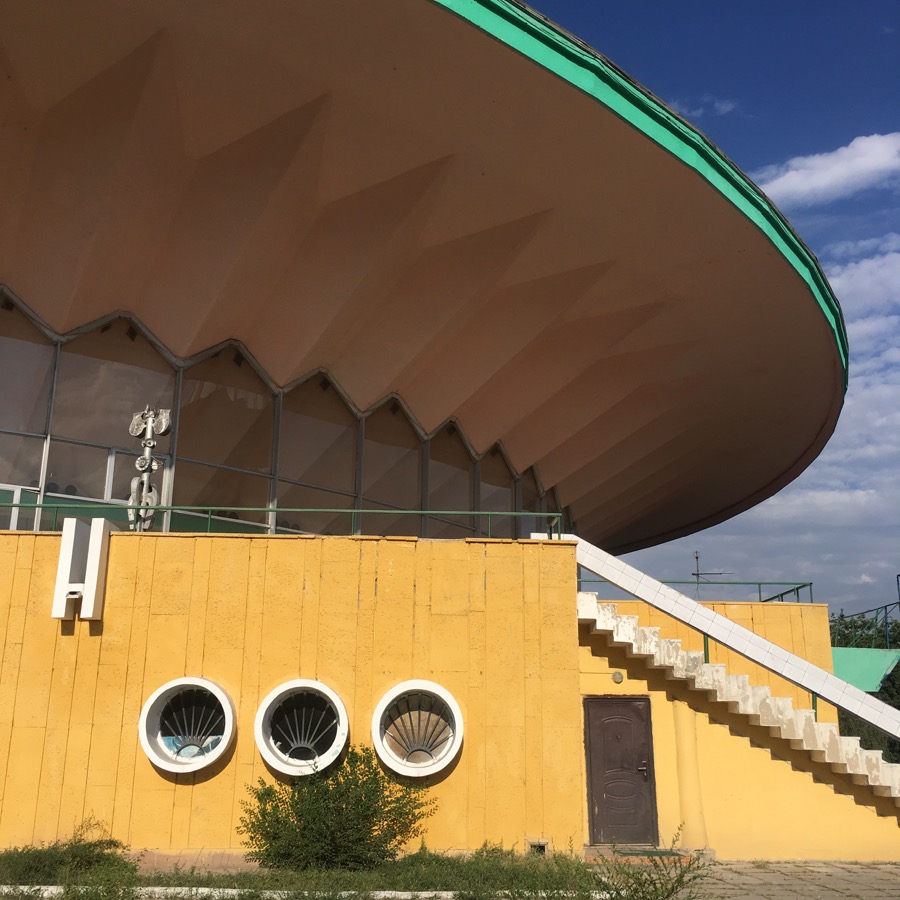 Still standing: Bishkek’s circus building (Dushanbe has one too, built exactly the same). 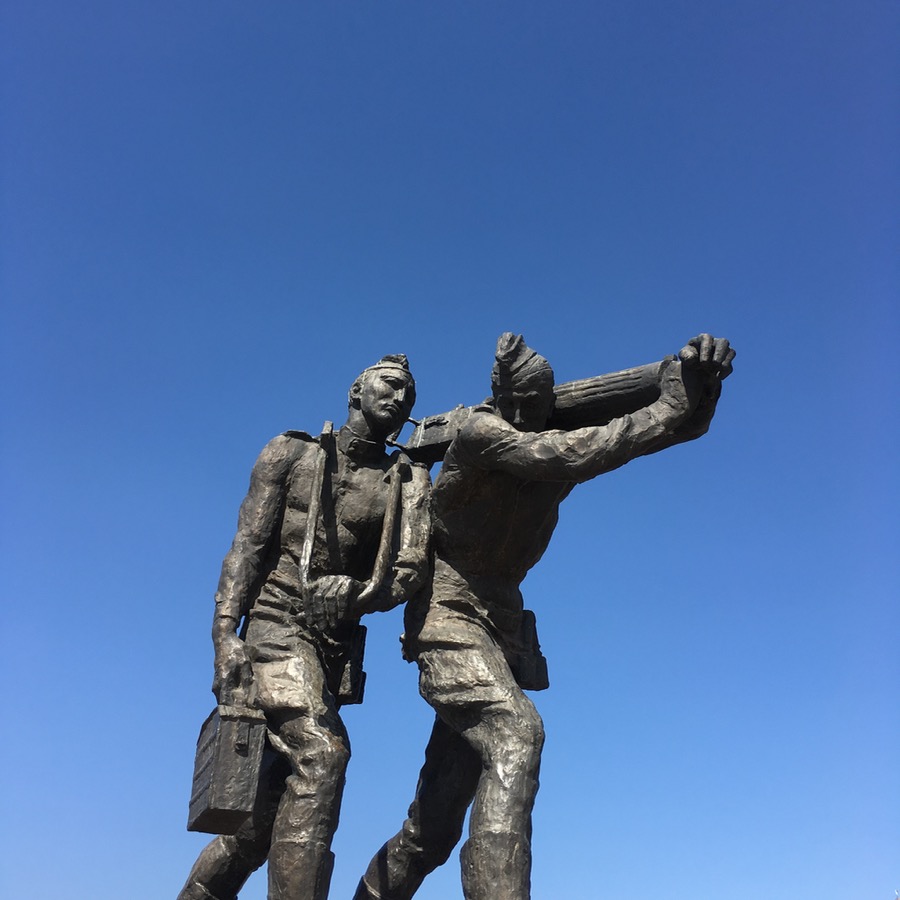 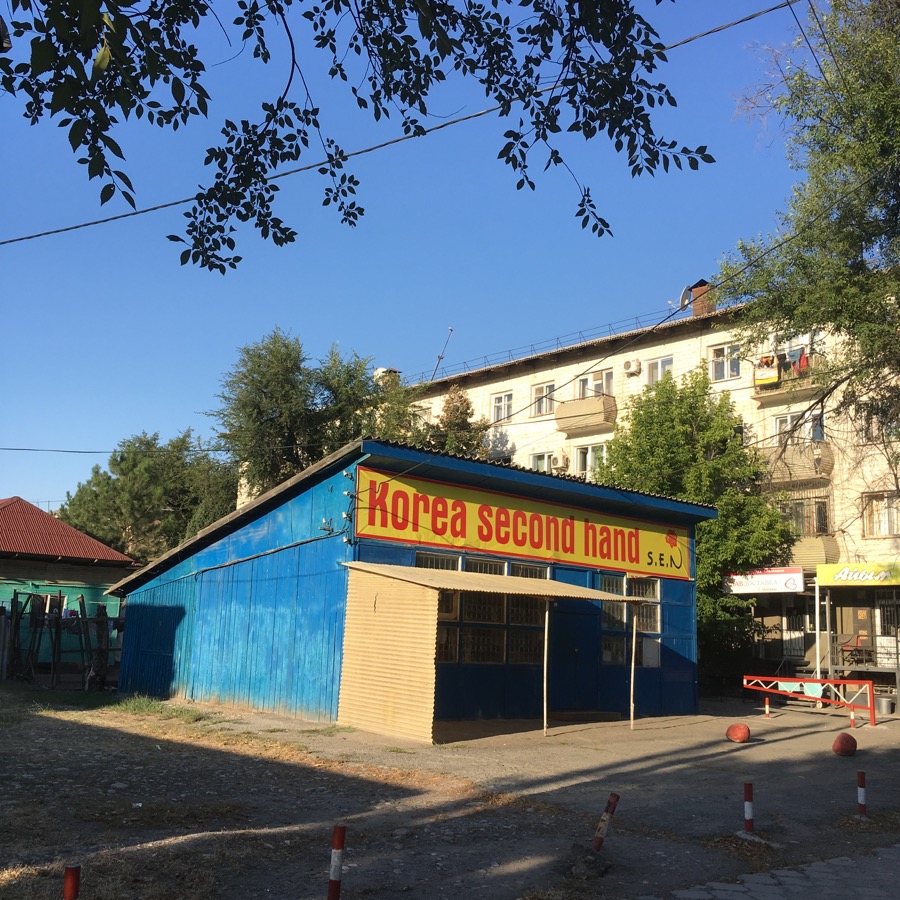 Memories from a past era: Soviet-style statues and monuments, and things brought by the Korean population which was forcefully relocated to Central Asia in the 1930s. 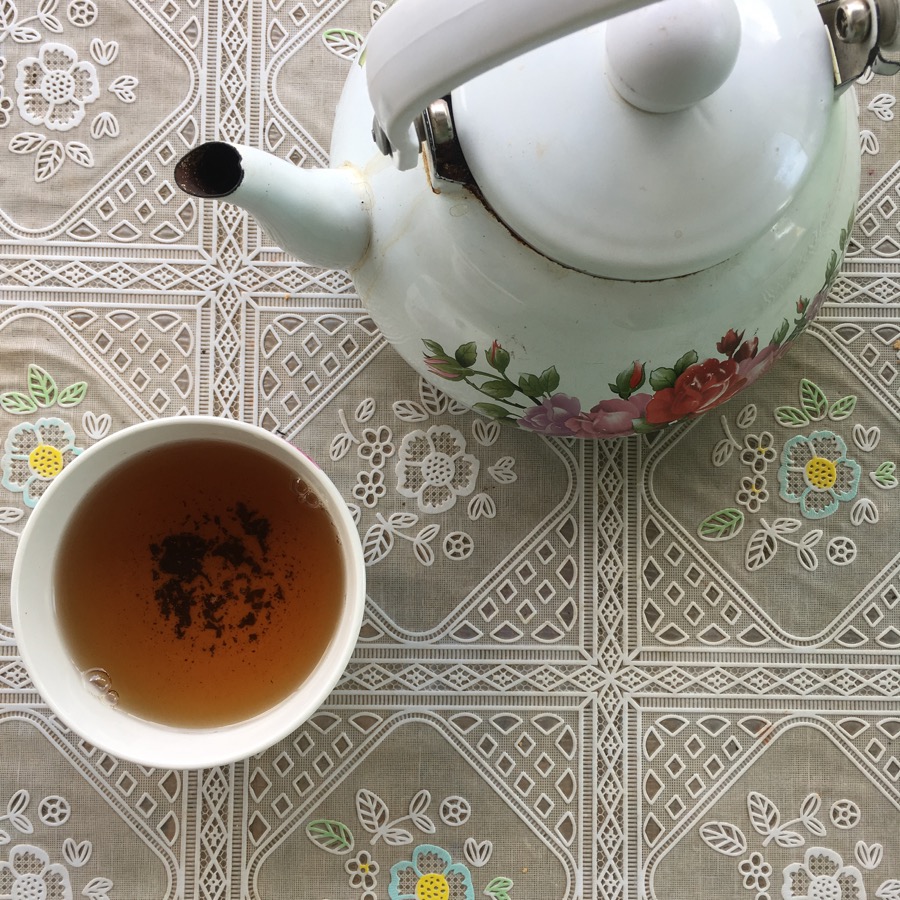 Green tea, of course. Always, everywhere, on each occasion. 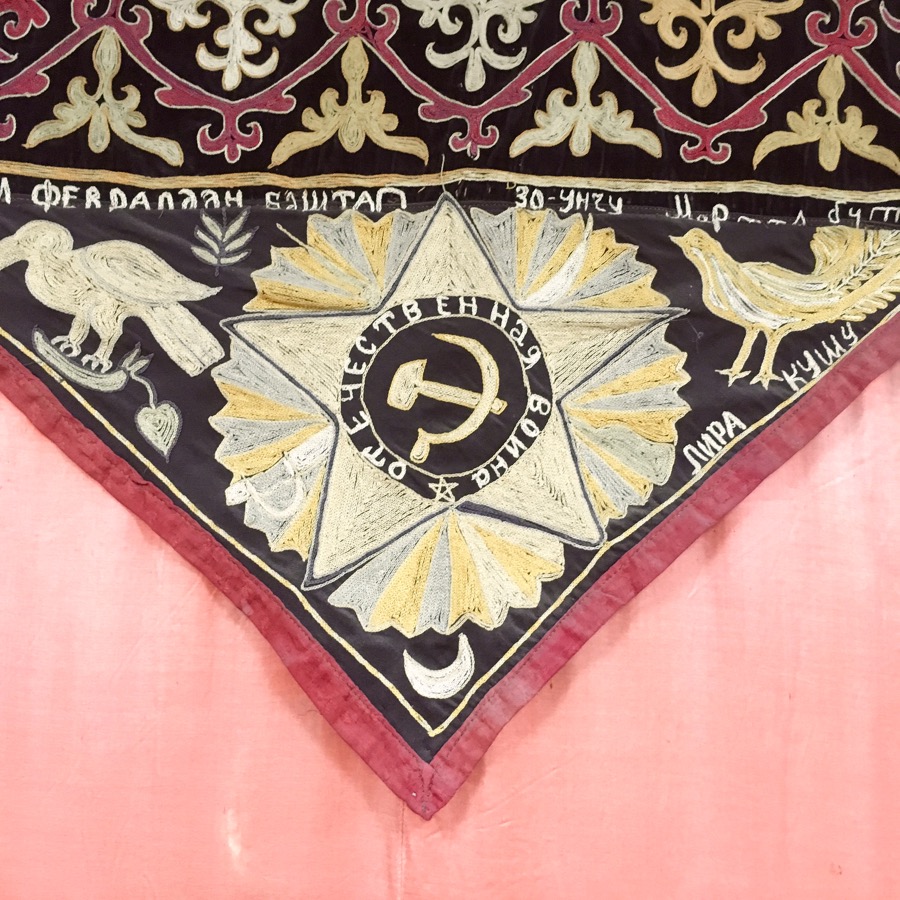 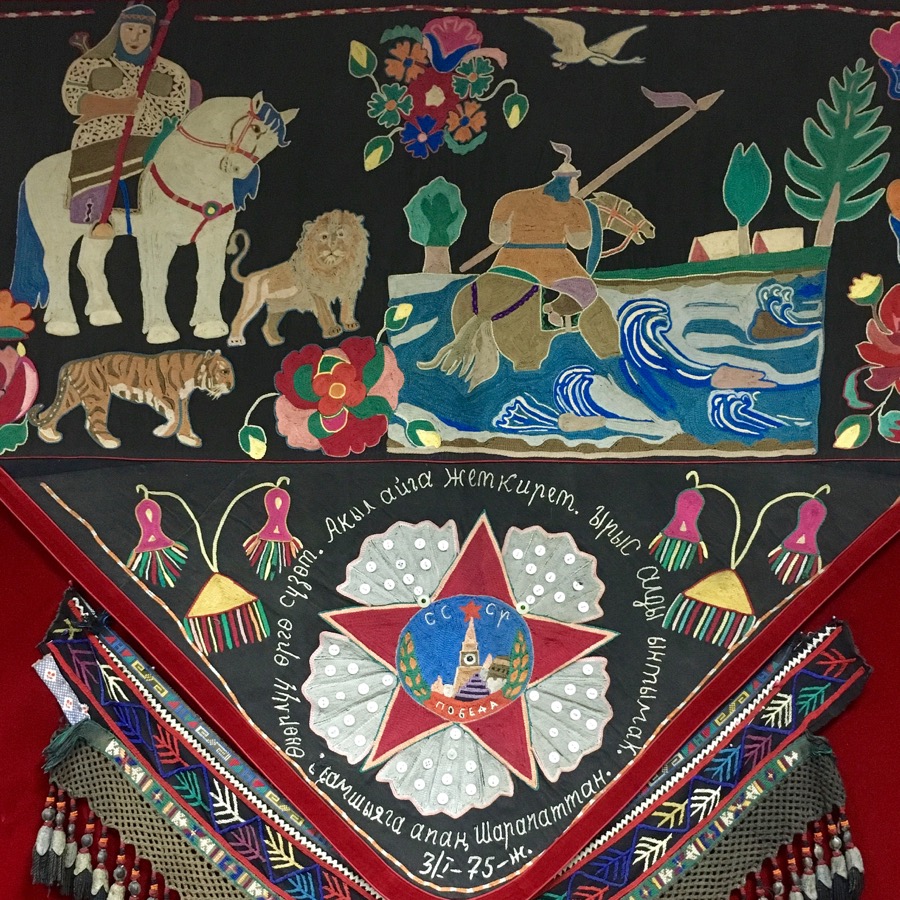 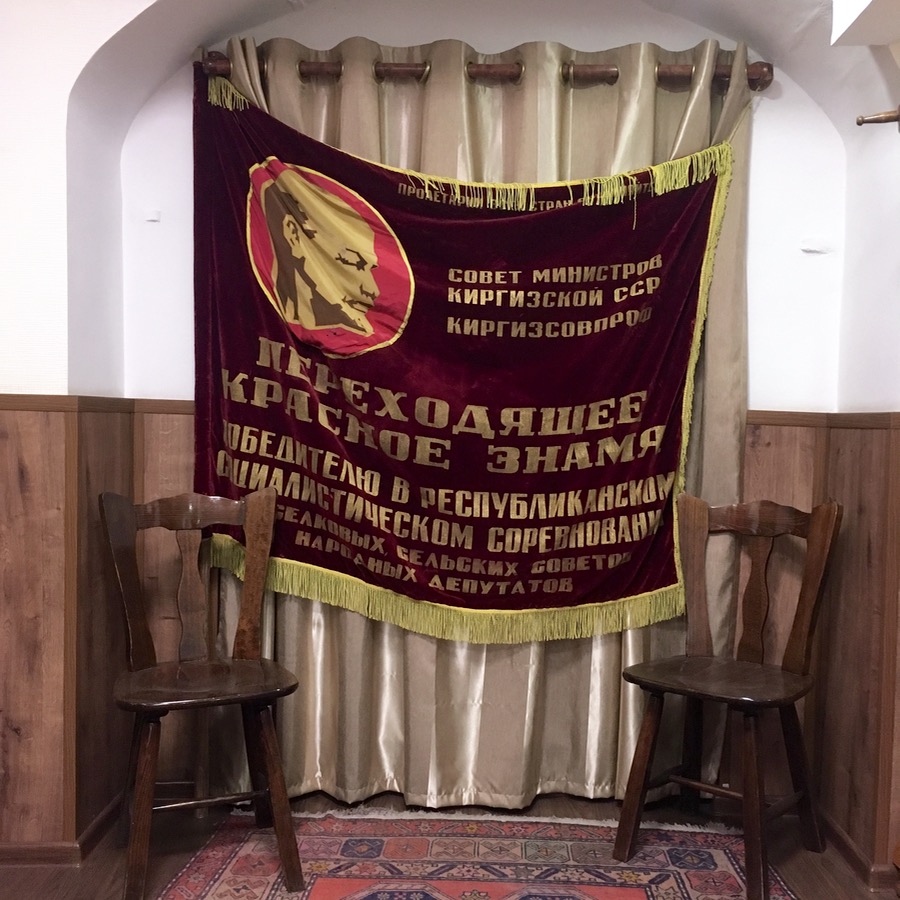 There is a small museum (one room) inside the bookshop Raritet, in the building just next to the big museum. It has a few fascinating embroideried wall hangings, mixing Soviet iconography with traditional crafts techniques. 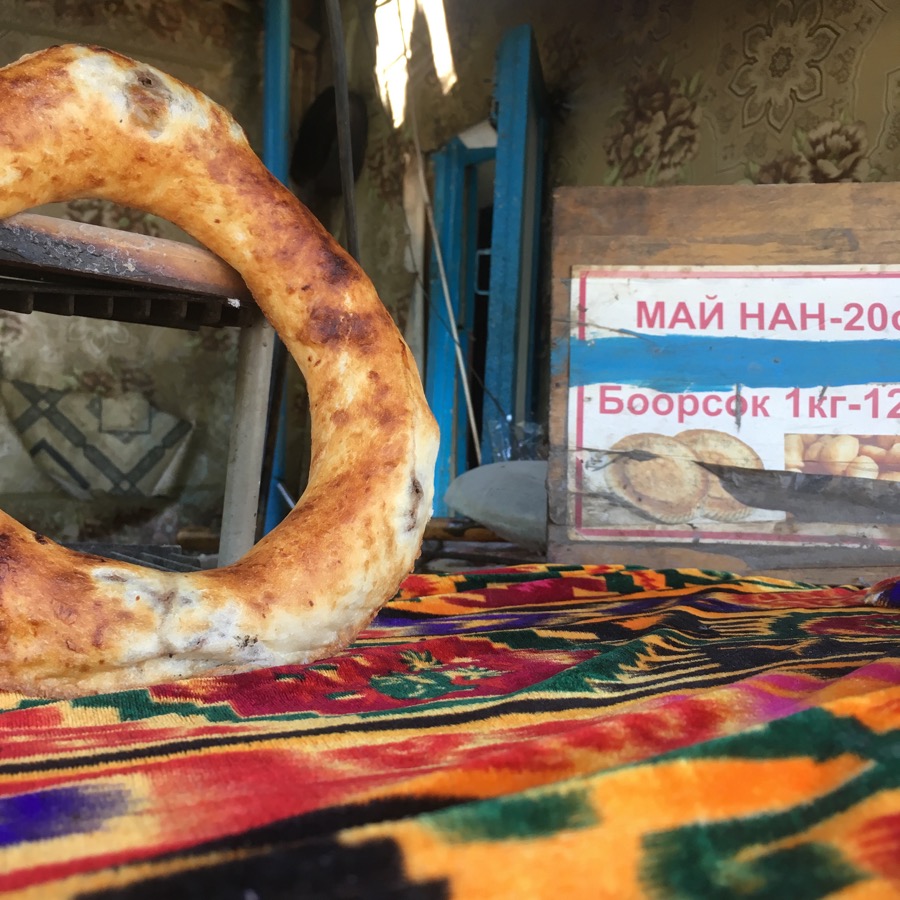 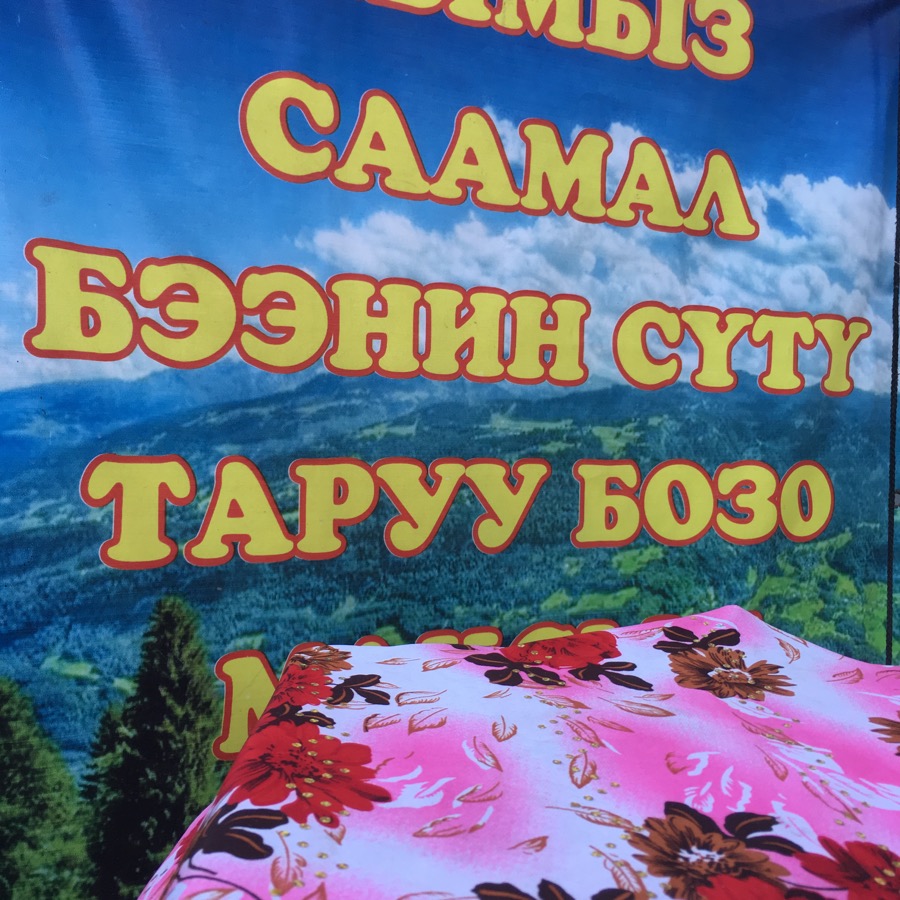 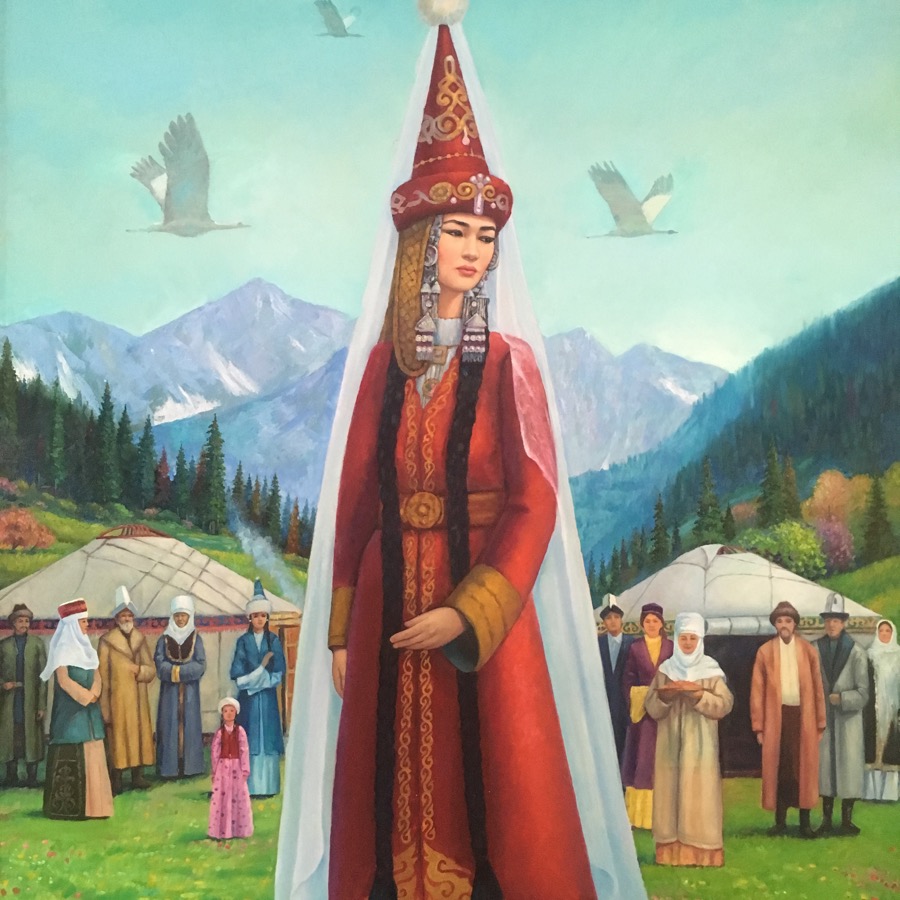 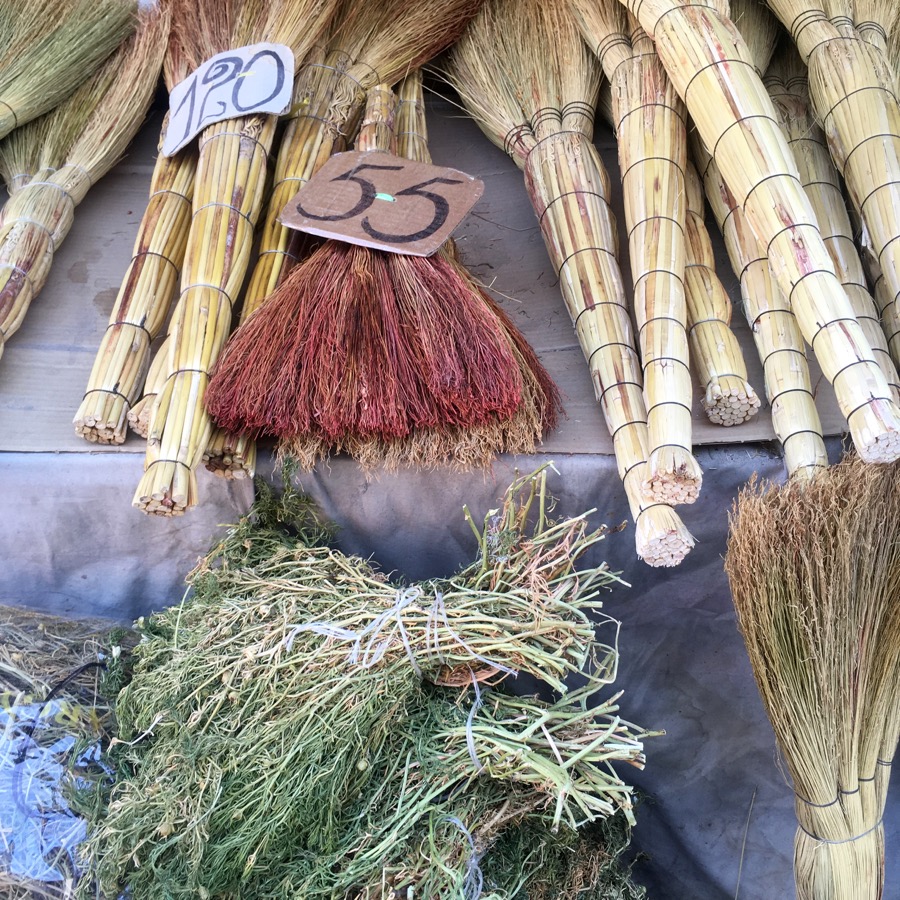 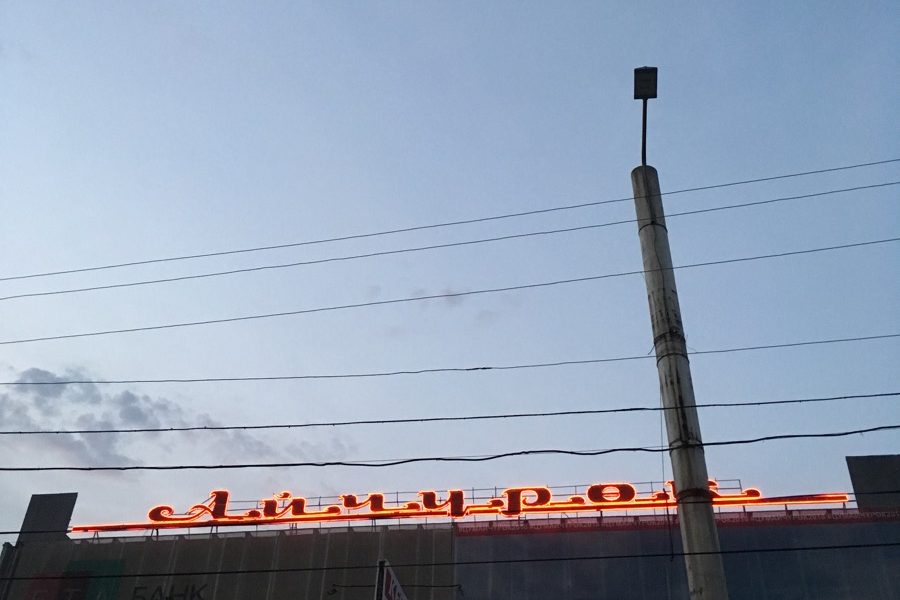 Apart from these places, I would also advise anyone visiting Bishkek to read Nate Robert/Yomadic’s post on why six weeks is not a long enough time to spend in the city (that is true for most cities); spend time in Osh bazaar and the other markets, snacking on fresh bread (discretely feel before buying, ideally you will find a piece that is still hot) and kurut, fermented salty yoghurt similar to the Middle Eastern kishk; run in the mornings along the wide avenues, and do a few laps in the Ataturk Park in the city’s south; stay at the friendly Bishkek Homestel, where Yousif and Azamat will be the best people welcoming you to the city; and of course stop many times each day as soon as you see a chaikhana, teahouse, for cheap and hot cups of tea.